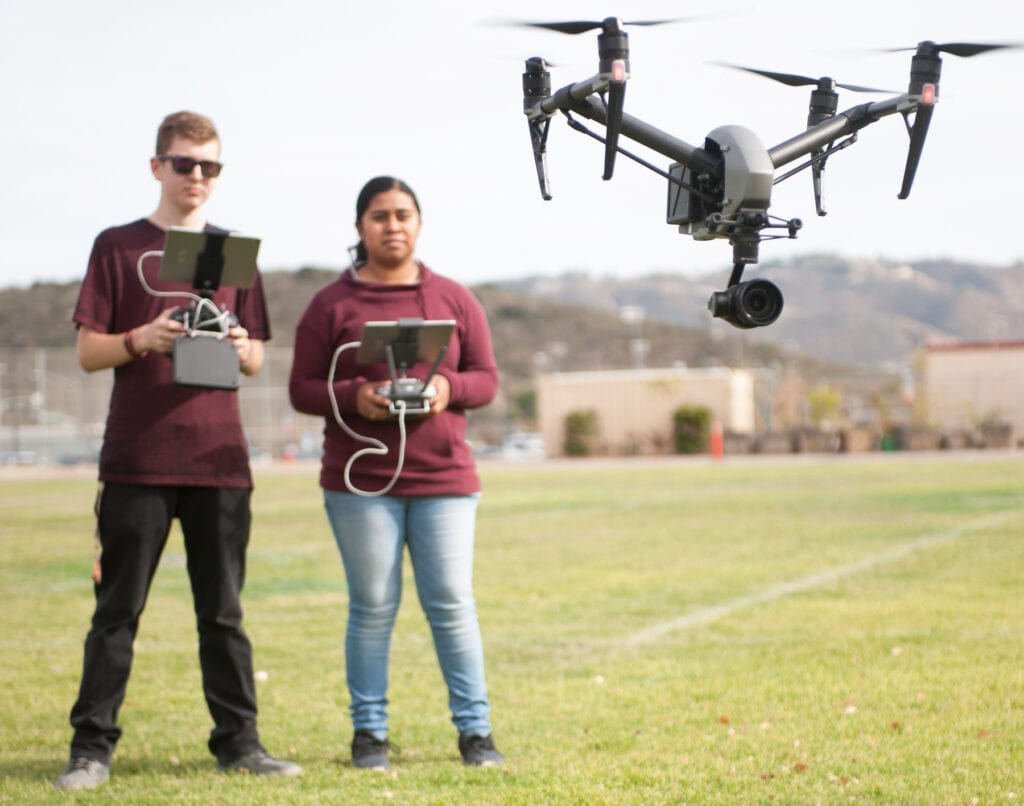 Palomar College is among the first higher education institutions in the nation to be accepted into a new Federal Aviation Administration (FAA) training initiative called the Unmanned Aircraft Systems Collegiate Training Initiative (UAS-CTI).

“This national recognition is a well-deserved honor for the faculty, students, industry partners and alumni-entrepreneurs who have made Palomar’s Unmanned Aircraft Systems (UAS) program one of the best in the country,” said Interim Superintendent/President Dr. Jack Kahn. “Clearly, Palomar is helping to lead the way in this fast-growing field.”

“Being part of this FAA-led, nationwide program allows the schools with UAS programs to connect and learn from each other,” Cheung said. “With this initiative, the FAA is recognizing schools that have well-rounded programs which not only prepare students for their commercial drone pilot exams, but also teach students to fly responsibly and safely.”

During a webinar on April 30, the FAA unveiled its new Unmanned Aircraft Systems Collegiate Training Initiative (UAS-CTI) that was established pursuant to congressional direction in Section

632 of the FAA Reauthorization Act of 2018. In order to qualify for the initiative, schools must be accredited two- or four-year institutions offering a degree in drone technology. In addition, the curriculum must include:

• Training on UAS platforms—multirotor and fixed-wing

• Use of UAS in various industry applications

• Training related to flying with sensors and the processing data

Palomar’s Drone Technology program, with generous support from the National Science Foundation’s Advanced Technological Education program (NSF DUE#1700552), was launched in the fall of 2017 with a certificate, and expanded in 2018 to include an associate’s degree in Drone Applications and Technologies.

Cheung said it remains one of the leading comprehensive programs in the country, providing not only instruction in drone operation, but also training in drone data analytics that have been vetted by a number of professionals in the field.