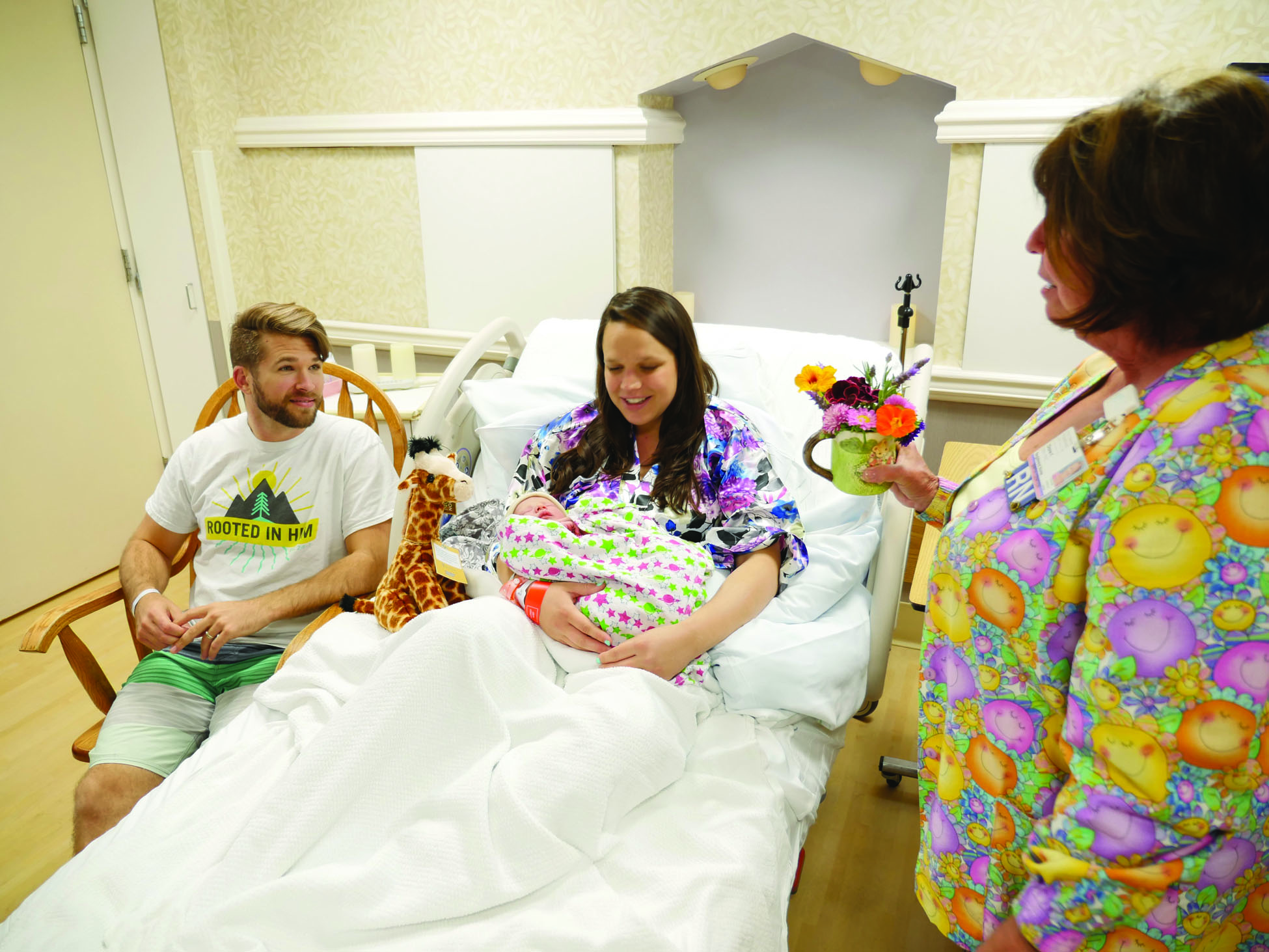 One of the families that got a stuffed giraffe for their newborn in commemoration of the birth of a giraffe calf. Shown here are Nate & Alisha Keating, their newborn Simon and nurse Diane Foster.

“We kind of had our own drop delivery he came out so fast,” Alisha Keating said of her newborn son, Simon, as she accepted a stuffed animal giraffe from Palomar Medical Center Poway staff in commemoration of the birth of April the Giraffe’s calf, which received worldwide attention after it occurred at New York’s Animal Adventure Park.

Both Simon and the yet to be named calf were born early Saturday morning, April 15. Keating had a humorous take on the similarities between the births. Giraffes “drop” their delivery standing up and her delivery of Simon dropped-in quickly, delivering less than two hours after arriving at the hospital.

Alisha and Simon were one of eight mother-child tandems to receive stuffed giraffes from delivery nurses at Palomar Medical Centers Poway and Escondido on Saturday. The hospitals followed the April the Giraffe birth watch phenomena, which saw millions of viewers watch the live video stream over the past several months. 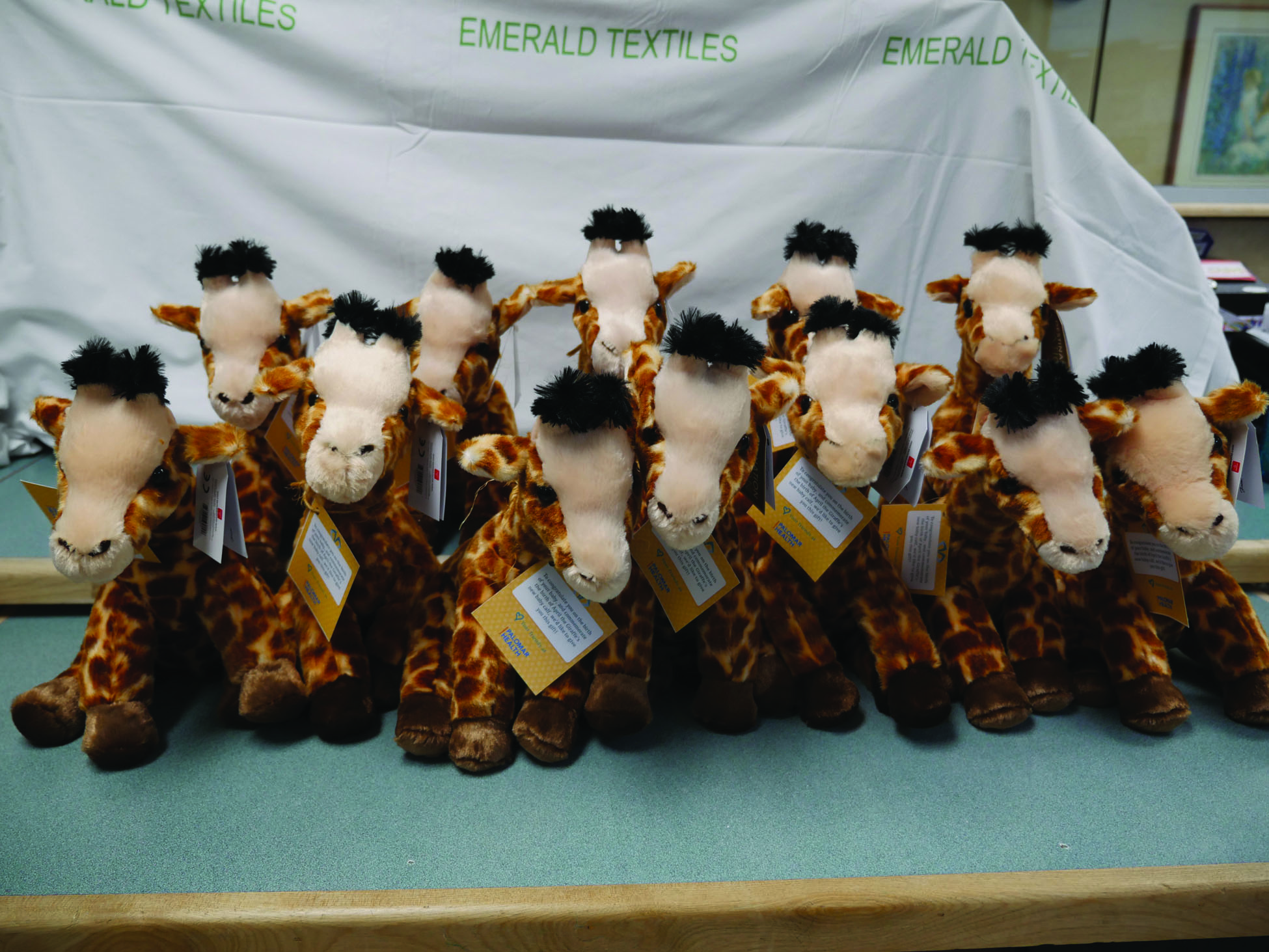 Delivering the stuffed giraffe to the Keating’s was Diane Foster, a 34-year nursing veteran working her final shift before retirement.

Alisha commented that she hopes April the Giraffe’s calf is named “Simon” after her son. Simon was Alisha and her husband Nate’s second child born at Palomar Medical Center Poway. The Keating’s are originally from Escondido but currently live in Ramona.