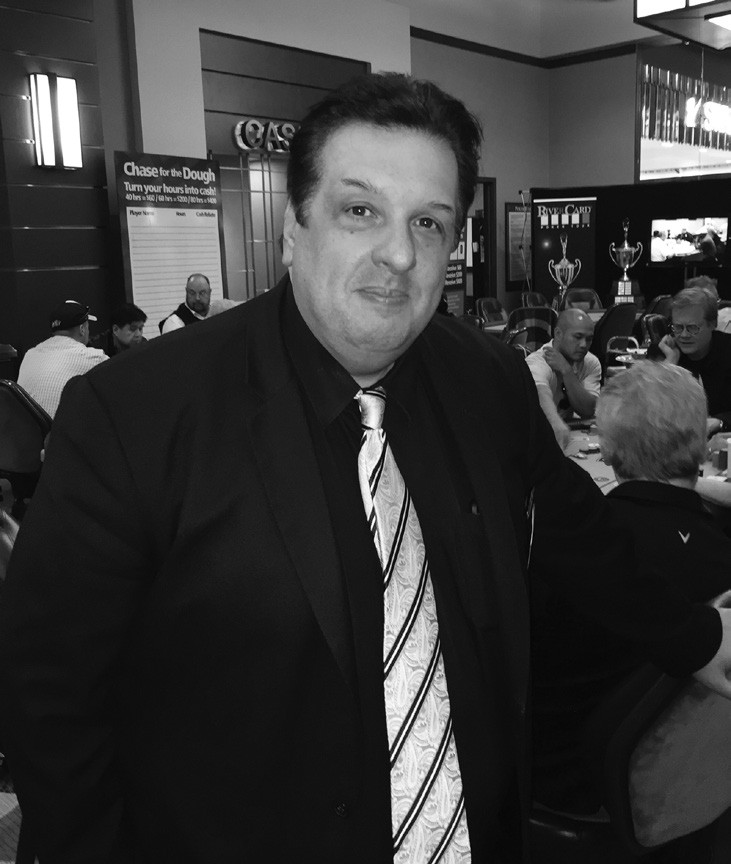 Pala Casino this week and last has been hosting the River Card Quest for the Cup 2016 Super Mega Event poker tournament, which is a new kind of tournament for San Diego County. It’s a tournament where players can display their talents in a world-class venue.

This tournament has 11 buy-ins and the potential to net up to $150,000 for the final winning table. On the fifth day of the tournament, when the Times-Advocate interviewed poker room manager George Arsenis, the prize money had climbed to $40,000, on its way to that final goal, which they expect to achieve by Saturday.

“We’re trying to do a Los Angeles or even a Las Vegas style tournament without players having to drive two and a half hours to L.A., or even longer to Vegas,” he said.

The final day of the tournament is expected to fill the Pala Events Center with capacity crowds.

“This is where San Diego poker players can showcase their skill in a world class environment,” said Arsenis.

He added, “I like having my tournaments here because Pala Casino continues to be on the cutting edge and setting new standards.”

“Rivercard is growing as a community,” said Arsenis. It’s become a stable tournament that players flock to because there are a lot participants, the biggest bang for the buck and there is a huge social thing to it where people 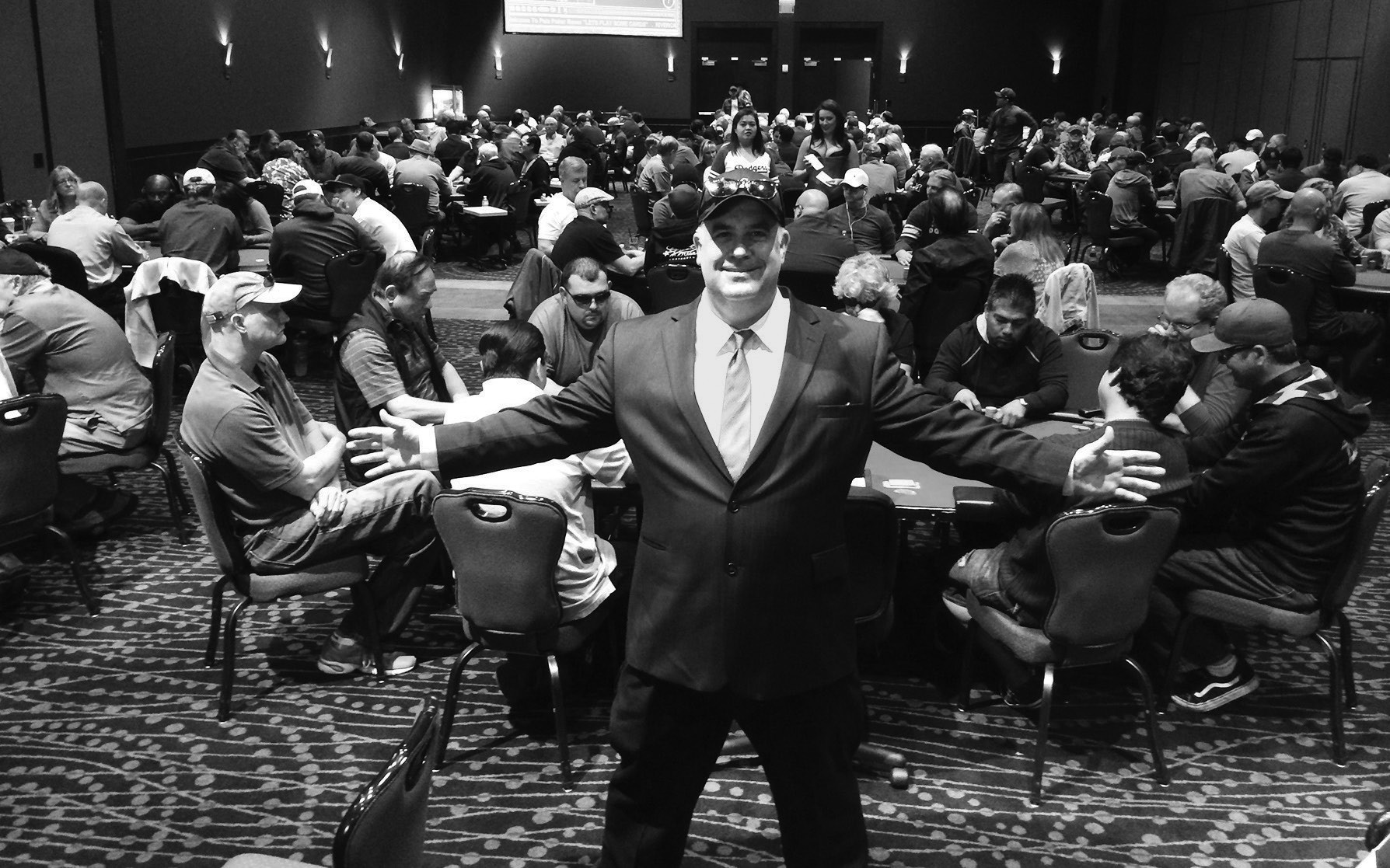 River Card tournament founder Morgan Brown strikes a pose at Pala’s Events Center, which is expected to be filled to capacity for this weekend’s tournament finale.

Arsenis is a veteran in the business of running a poker room. He’s done it for 24 years, including seven years in Pala. Before that he ran the Mountaineer poker room in West Virginia and the Tropicana’s poker room in Atlantic City, New Jersey.

He was born in Pittsburg, Pennsylvania, but became a Jersey boy at a young age. To many players in San Diego, Arsenis is “Mister Poker.”

“We are trying to provide the best service with integrity for our guests and the best poker experience they can have while they are in Southern California,” said Arsenis. “Great service; great games and a high level of integrity.”

The family atmosphere of the tournament is highlighted by the fact that the casino is one that appeals more to local residents than to fly-ins from New York or Houston.

“Our players are looking for a comfortable place to play, a good knowledgeable staff, good promotions and what we charge per hand,” said Arsenis. “Others charge $6 per hand but we are $4 per hand. We also have a promotion that offsets the cost per drop.” This promotion is called the “Monthly Chase for the Dough,” in which players can earn back $400 cash back for 80 hours of play.

Asked what he wants people to know about the poker room, Arsenis said, “I would like people to know that the atmosphere is of a brand new state of the art facility. It’s comfortable and the staff is knowledge, We have a lot integrity in our room.”

During the tournament, mention that you saw this article to either George Arsenis or Morgan Brown and you will get a chance to win a place in the next River Card Tournament, to be held June 18-26.