Over 7,000 Sanders supporters gathered at Kimball Park in National City to “feel the Bern” this past Saturday (May 21)— unfortunately no sunscreen was made available.

It was the first of two rallies—the second being on Sunday (May 22) in Vista—to see Democratic presidential candidate Vermont Senator Bernie Sanders. While turnout was lower then expected security was tight at the rally due to the growing popularity of the Sanders campaign. There were airport style security checks at the park. Folks were limited to their most basic belongings: keys, cell phones, etc. with no campaign signs on sticks or banners allowed in the park.

Speakers included young Hollywood actress and star of the popular “Divergent” film series Shailene Woodley, who spoke specifically to young voters on feminist issues and getting out young people out to vote on a regular basis.

Lopez then went on to explain why he supports Senator Sanders and which parts of the voter base Sanders stands for: veterans, the elderly and minorities. Lopez often spoke 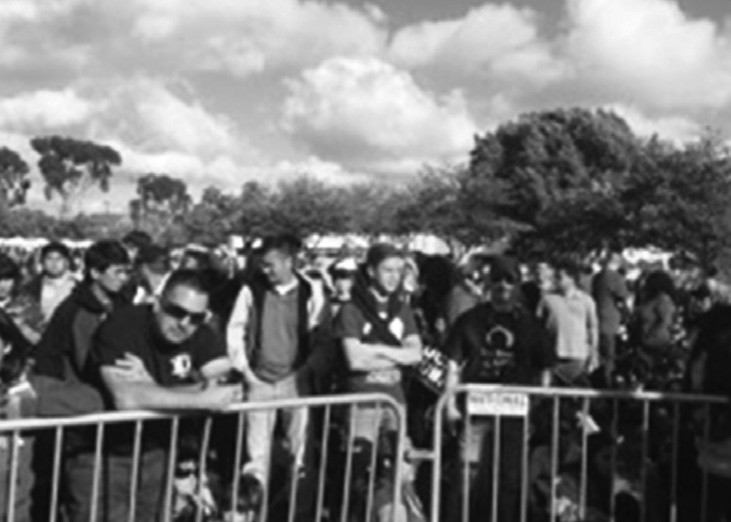 Crowd prior to Sen. Sanders’s Speech at Kimball Park in National City.

in Spanish to those in the crowd who were Latino. After Lopez was finished with his speech he then introduced Senator Sanders, who was warmly welcomed by the crowd.

Sanders started by urging people to invest in “Repairing or rebuilding the nation’s dams and railways.”

He also talked about the overcrowding of jails and said there needs to be a “serious reforming of the criminal justice system” as well as “a hard look at local police departments” and “demilitarization of the police force.”

Sanders spoke about the debt America owes to Native Americans, saying, “We have a debt that can never be repaid” and that he “wants to change the relationship with the Native American community and the American people.”

When it came to college tuition Senator Sanders said, “California’s colleges and universities should be tuition free today.” In response to his Democratic opponent former Secretary of State Hillary Clinton’s question of how he was going to pay for free tuition, Sanders told the crowd “it is time to impose a tax on Wall Street special interest and that would more then pay for free tuition in public college’s and universities.”

While much of Senator Sanders speech was similar to his past speeches, he touched on some new issues: he briefly spoke about his support of two California voter initiatives that will be on the November ballot for prescription drug price reduction and 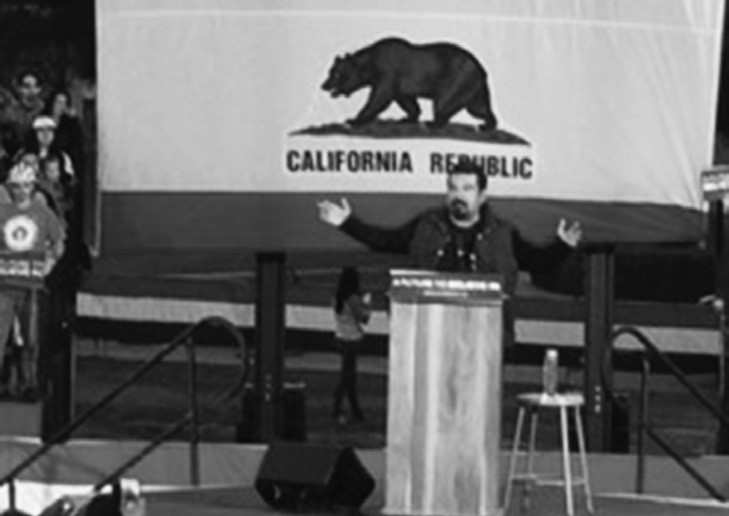 marijuana legalization, along with his plan to help the mentally ill and drug addicts.

His speech was interrupted for about 10 minutes when a member of the crowd passed out. Following the incident he thanked the EMT’S for their assistance. He then said that, “The crowd’s main mission is to make sure Donald Trump never becomes president.”

Sanders closed his speech by explaining how important “California’s 475 delegates— more then any other state—are to my campaign” and “if we win here in California and win BIG and I think we can!” —to which the crowd gave its largest response of the night; he finished by saying: “If we can win in the other five states that are coming up on June the 7th—and I think we can—we are going to go into the Democratic Convention with an enormous amount of momentum. Every national poll has us beating Donald Trump in November if we can win on June 7th.”

We should also mention that Former President Bill Clinton campaigned for his wife earlier that same Saturday morning to a group of about 100 people at Bonita Vista High School in neighboring Chula Vista.

Sanders and Clinton continue to campaign for the remainder of the week in California.

Note: This reporter did attempt to interview supporters at the Sanders Rally but was either ignored or the supporters turned their backs when I approached them.