Organizers getting ready for next North County Stand Down 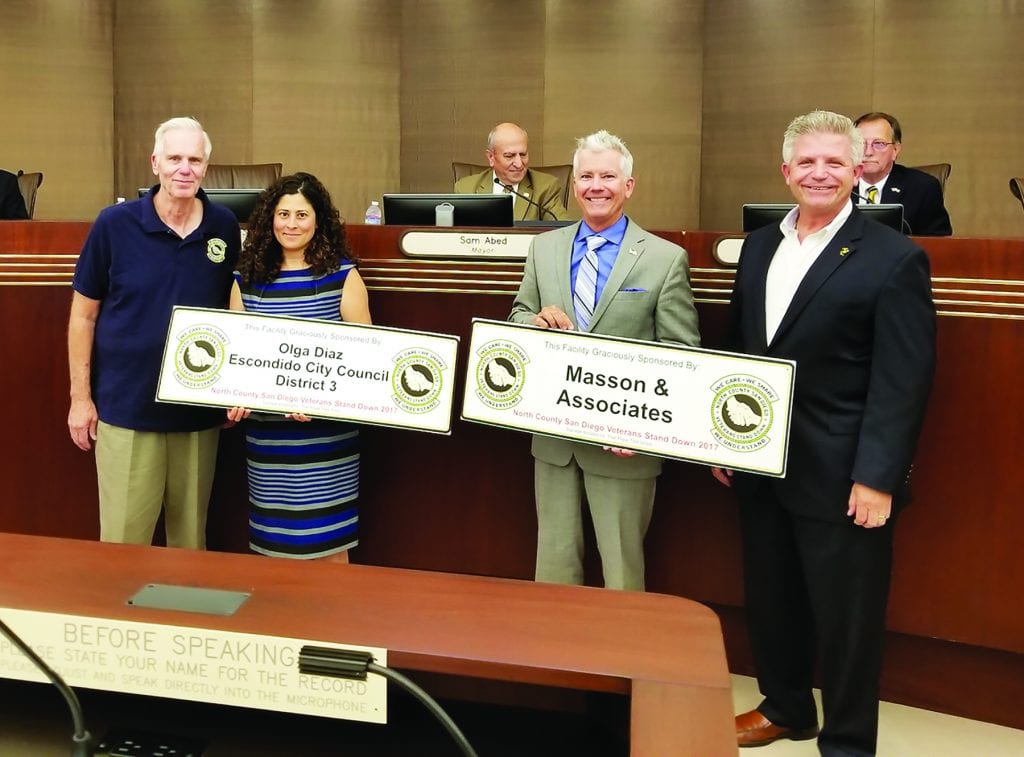 Giving recognition for support of the North County Veterans Stand Down. Shown are (from left) Tom Cowan, founder of the event; Olga Diaz, Escondido city council; councilmember John Masson and VFW commander Matt Foster. Diaz and Masson were recognized for sponsoring cabins at the event.

At the June 21 Escondido City Council meeting Matt Foster, commander of the local Veterans of Foreign Wars (VFW) Post 1513 and Tom Cowan, founder of the event, and also a member of the Escondido post, gave a presentation on the first Stand Down, which was held last January at Green Oak Ranch, Vista, where it will be held again in January 2018. 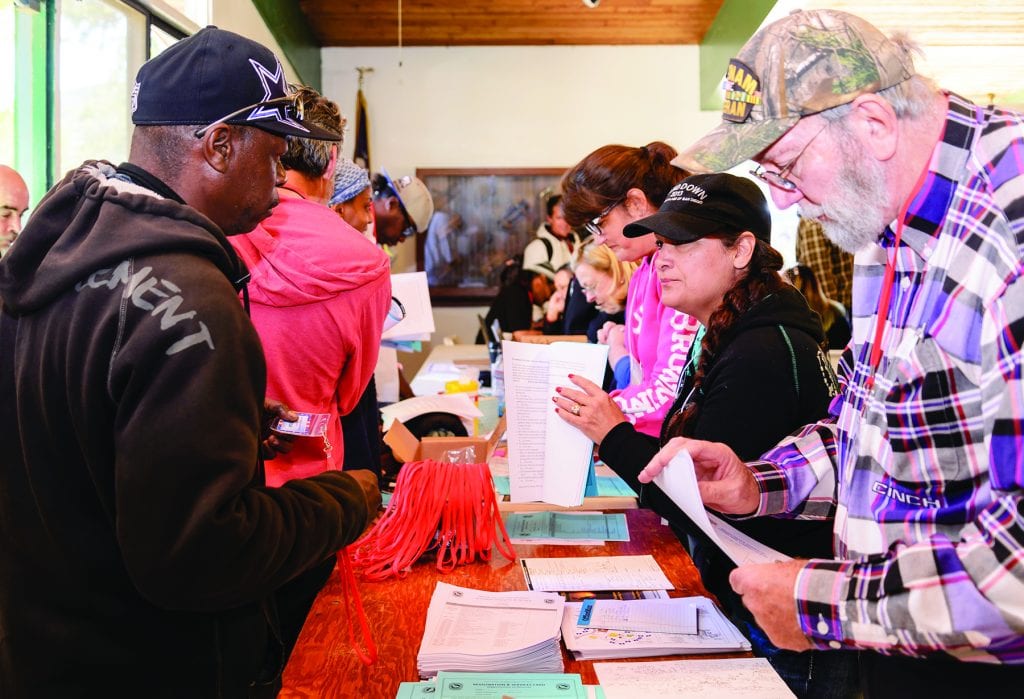 Veterans sign up at the 1st annual North County Veterans Stand Down.

They asked for support from the council.  “I was really impressed with the support that we got from the city council and members of the city,” said Foster.

He described how the event served 138 homeless veterans and their families This included dental work that was provided free for 19 veterans for free by a local dentist. The next time there will be three doctors available.

Portable showers were provided for the veterans, some of who hadn’t showered in weeks. Amvets had a “store” for the veterans that included a truck full of donated clothes. 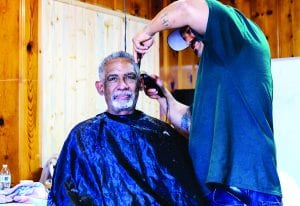 Getting the first haircut he has had in quite a while.

A superior court judge held a one hour court which ended up forgiving hundreds of thousands of dollars in fines, and cleared the records of the vets of such charges as vagrancy. “That was one of the most heartwarming things for us,” said Foster, who noted that this made it easier for the veterans to apply for work, since such things on an applicant’s record can make it harder, if not, impossible, to obtain a position.

Next year the event will be different. Instead of one day, it will be three days. It will start on a Thursday, when the veterans will be settled into cabins. Then, on Friday the Veterans Administration will come.

At the end of the presentation Foster gave recognitions to city council members Olga Diaz and Deputy Mayor John Masson for their sponsorships of cabins at the first event. 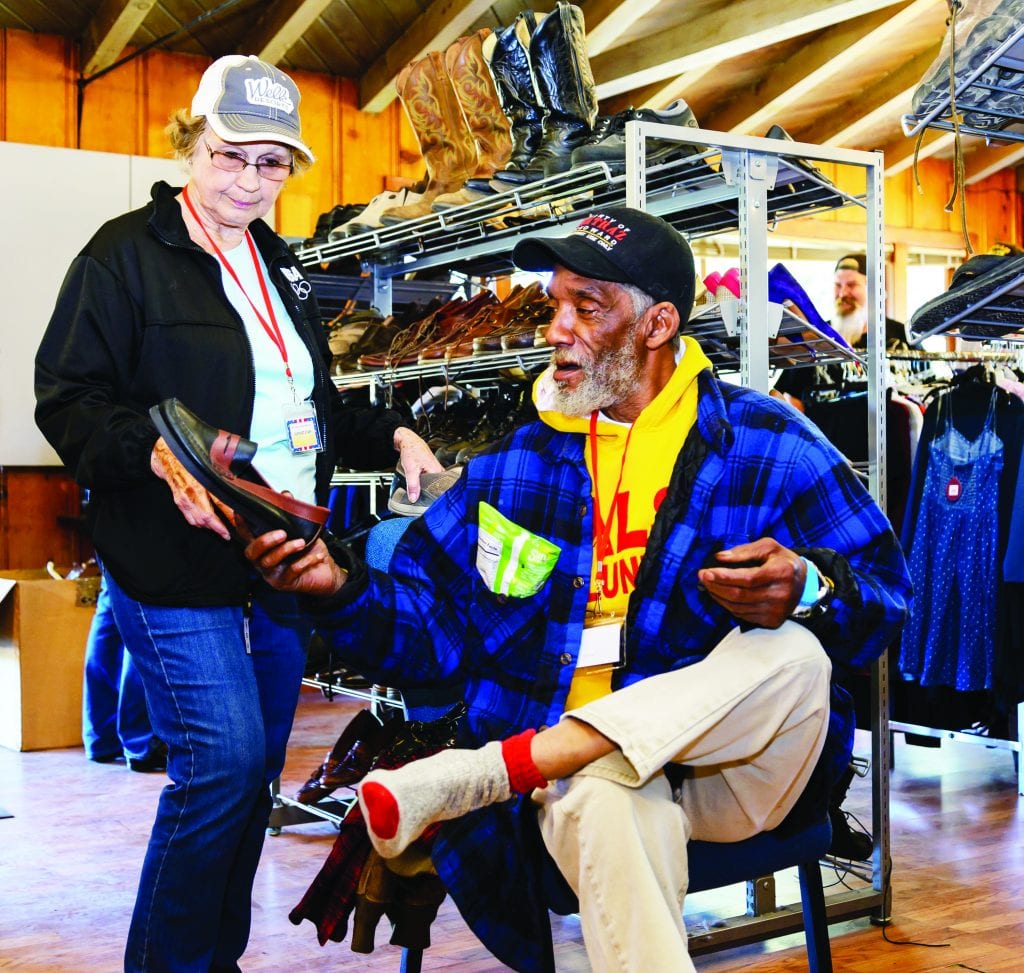 Getting a new pair of shoes.