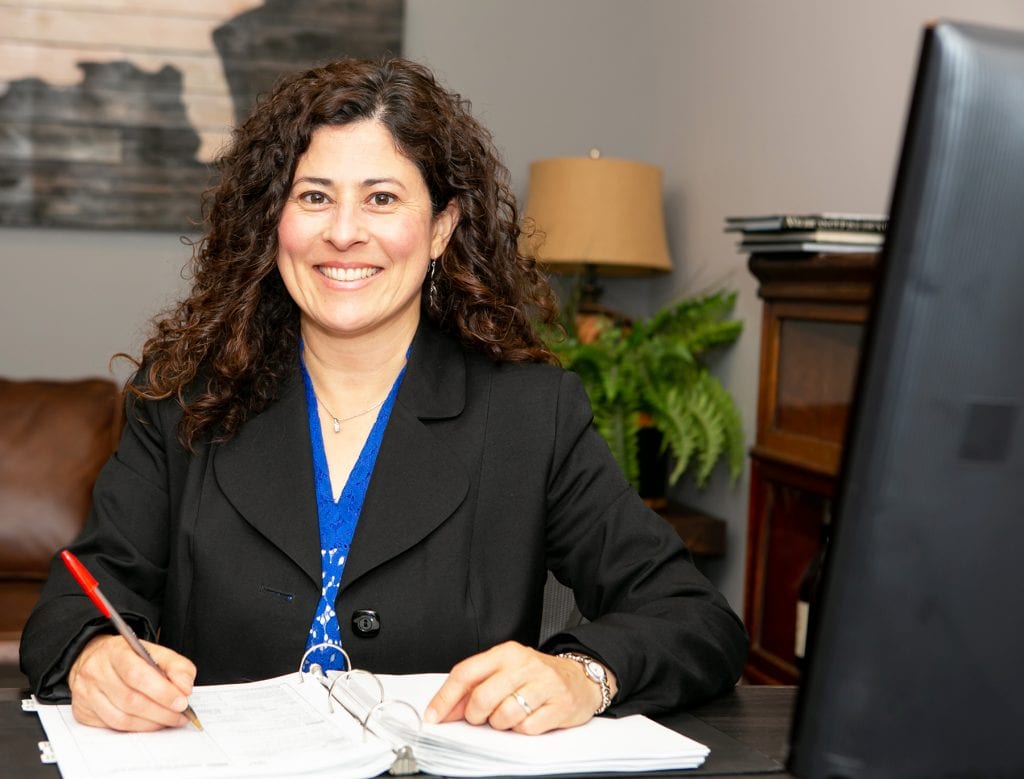 Olga Diaz, who served on the Escondido City Council for three terms, said farewell to her fellow councilmembers and the public at the end of the November 18 meeting.

Her term doesn’t officially end until next week, December 9. She said she felt it would be more appropriate to celebrate and congratulate the incoming councilmembers, who will be sworn in on that date. She will wear the same dress she wore when she was sworn in 12 years ago. “I am so happy that it still fits!” she said.

On declining to run for another term, she said, “I chose to step away to give others a chance to lead and to refresh my perspective on what truly matters.” She spoke through tears, and towards the end nearly choked up from sobs.

She was inspired to run first by several mentors, including her very first supporter, Tom D’Agosta, a former city council member. She also had the guidance and mentorship of former mayor, Jerry Harmon.

She first ran in 2006. “I lost but I didn’t quit,” she said. “I ran to push back against racist, anti-immigrant, xenophobic policies.” At first, her win wasn’t a political win, she said, it was due to all of the customers from her coffee shop who turned out to vote for her.

Early on she was told she shouldn’t run “because I wasn’t a Republican,” and that she should change her name to something that wasn’t Hispanic. Others told her they wouldn’t vote for her because she was a woman, or a Democrat or a Mexican. “Despite those experiences I knew there were more good people in Escondido than anything else,” she said.

When she won on her second try, in 2008, “I was the first Latina elected to the council. It was only the beginning of a long period of service with highs and lows.”

During her time on the council, she “met amazing people, faced dilemmas, visited foreign countries, and read countless pages of staff reports . . . and I appreciate all of those efforts.”

One piece of advice she always took pains to follow was: “Make sure when you leave office someday that you are the same person you were elected. Every time I touch the door to City Hall I think of those words,” she said.

At first, she was alone on the council: “I knew I carried the responsibility to bring a diverse viewpoint to all discussion. I embraced it.” It took courage to be a contrarian, but she found comfort in Maya Angelou’s words, “Courage is the most important of all the virtues, because without courage you can’t practice any other virtue consistently. You can practice any virtue erratically, but nothing consistently without courage.”

“I adopted that role,” she said, and eventually the compliment she would receive most often was, “I don’t always agree with you but I appreciate that you explain your positions.”

During those years she was a consistent supporter of smart growth, infill development, water reclamation and strong climate actin plans. “I championed Escondido Creek restoration, because a few of us were willing to kick start it, public parks, public libraries and mobile home park residents tenant rights.” As she leaves office, she said, “I’m excited about the city investing in community choice energy.”

Among things she opposed was the closing of the East County Library and the outsourcing of the library.

Her proudest moment, “was the work around Escondido Creek. I will always feel connected to it. It’s a multi-decade project and the investment in time in our youth.”

For many years she  offered city hall tours to 3rd  graders. “It was always my favorite thing to do here in City Hall because someday those kids will have our jobs.”

She added, “I feel like exposing young people early to the value of service and plant that seed in their minds. I have challenged hundreds of kids. I’m waiting for one of them to run for office.” She hopes when one does she or he will contact her so she can help.

Upcoming challenges that face the council she said, include “attempts at development, reimagining public safety and hiring a new city manager. . . As a resident I will be watching.”

What lies ahead for her personally, is her ongoing work at college, starting a doctoral program at USC and serving on several boards.

Many residents thanked Diaz for her years of service. She was also congratulated by her colleagues on the council.

Mike Morasco said, “Thank you for your service. I was fortunate enough to be here for ten of those years. I’m going to miss some of those fights but I’m sure you’ll still be contributing.”

Consuelo Martinez said, “I watched you for so many years. I met you in 2006 when you were running for the first time. I admired you for putting yourself out, and I know it wasn’t easy. I’ve only been able to work with you for two years and I really admire you for being there and speaking up when it might not be the popular thing.”

She added,  “I know it hasn’t been easy and most people would have given up. I appreciate you so much for your ideas and standing up. And for being the first Latina elected. You never only worked for the Latina community, you worked for all of us.”

Mayor Paul McNamara quipped, “A lot of people are talking about you as if you died!” He continued, “A lot of us are looking forward to what your next adventure will be serving the community. You have always been the conscience of the counsel.”

The mayor continued, “Olga has hung in there for 12 years, I want to personally thank you for all that you’ve done for our community. One thing I admire about you is that you lead with your heart and you have been very consistent. Everyone saw that in you.”