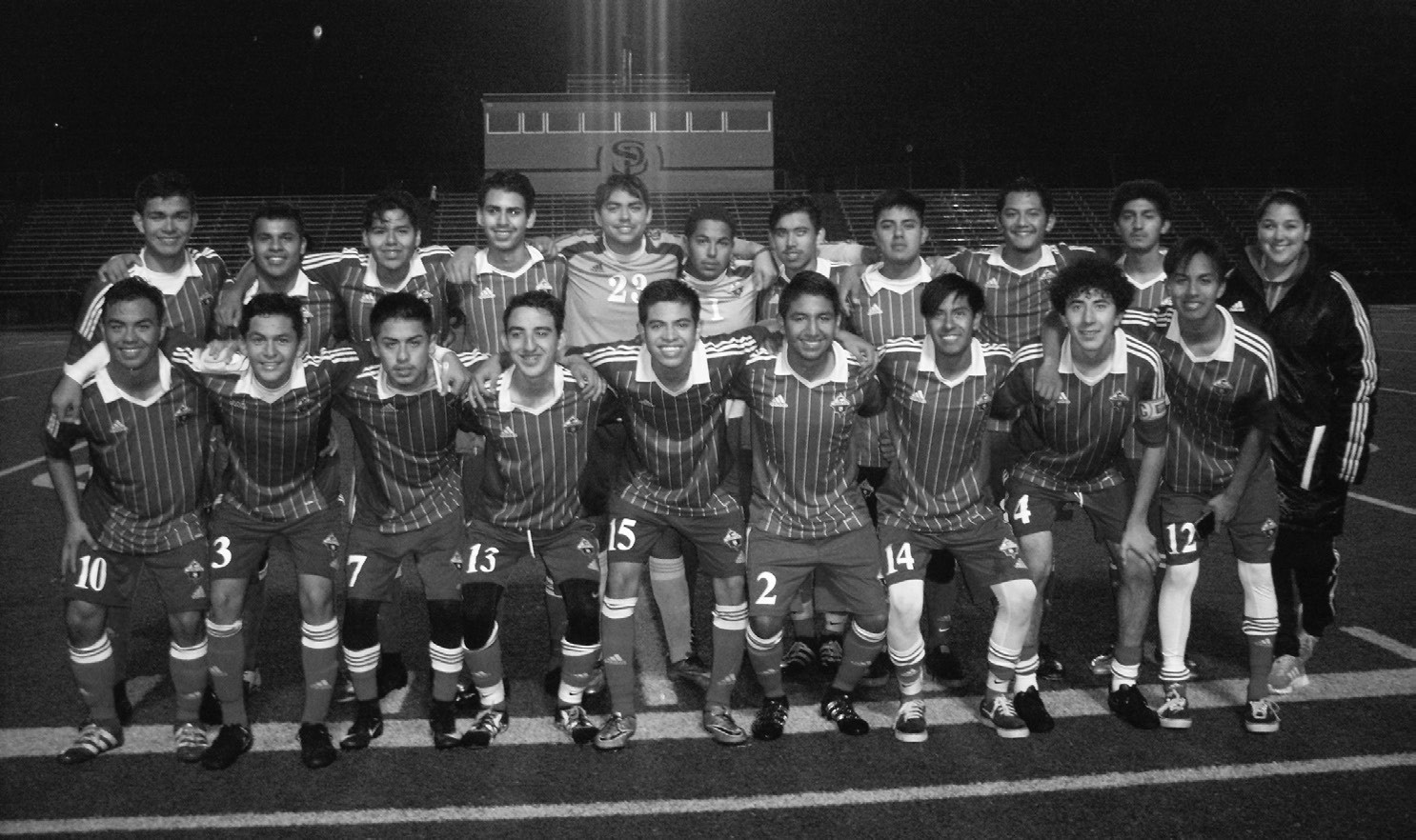 Even immense amounts of rainfall couldn’t keep these fighters from clinching another successful game last Thursday at San Pasqual. Amidst the falling sheets, Orange Glen’s varsity soccer team demonstrated their gusto and durability.

In a textbook edge-of-your seat game (and not just because you didn’t want to sit in a puddle) the boys at San Pasqual and Orange Glen resolved the game with a tie, leaving the Patriot’s incredible record untainted. The team’s hard work and driven attitude will undoubtedly continue to serve them as they aim for CIF finals this year. Thursday’s game, while in no way an easy match, was a clear demonstration of what these boys can do.

Both teams used the opportunity to showcase their vast array of talents in this vicious battle of footwork and dexterity. The first half of the game witnessed dozens of close calls and tight maneuvers from OG’s defense. After several tussles between the teams in San Pasqual territory, the Eagles managed to advance the ball dangerously close to a goal against OG. Midfielder Brayan Morales managed an acrobatic kick from inside the net, deterring the ball from what had previously appeared to be an inevitable entrance to the goal. Several penalties and disappointingly unsuccessful shooting attempts later, halftime was called, drawing an audible sigh of relief from tense fans on both sides of the field. As the rain continued to increase, the players met back on the field to begin the battle again.

Early in the second half, San Pasqual finished their lengthy push towards the goal with a powerful kick, resulting in a score for the blue and gold. After a few minor injuries for both teams and several controversial calls by the refs, the field was drenched and the players were fighting harder than ever.

Several calls for “yellow card” came from the crowd to no avail, other than to further rile up the fans. Encouraged by the excitement, the Patriots continuously upped their dribbling and passing game, outmaneuvering the SP defense all the way up the field. Several attempts ended with impressive dives from the Eagles’ goalie and defensive kicks that landed the ball on the opposite end of the field. However, the Patriots always managed to bring it back, once again demonstrating their passing prowess. With less than two minutes left in the game, the Patriots’ Kevin Granados produced a potent shot clear into the net, causing the stands to erupt in cheers. Chants of “undefeated” rang through the stands as the clock ran out and the players celebrated.

OG Coach Rebecca Topete credits the team’s successes to their ability to keep a concentrated mindset along with their strong desire to reach new heights as a team. “They all really want it,” she explains. These young Patriots hope to be the first Orange Glen team in seven years to win CIF. While they have proven themselves unstoppable so far this season, they are desperate to continue their streak. “Being undefeated definitely makes us more motivated” asserts Granados, one of the team’s captains. Speaking to the team’s strengths, he feels confident in their communication skills as well as their mindset, which he describes as “serious and determined.” The team’s other captain, senior David Linares, believes that the team’s overall chemistry is largely responsible: “we all just click. We hang out like we’re family.” Granados agrees, adding that they “communicate really well.” He emphasizes the importance of keeping the group’s spirits high and “talking as a team, never putting each other down.” Topete reveals that this is a “well-rounded team with a core group that has played together for a long time, so they have a good knowledge of each other.” The relationship between teammates clearly benefits them overall, as it produces effortless communication and a united mindset.

The team’s incredible concentration comes from a practiced strategy. “We focus on one team at a time,” says Topete, “we know every game can go either way in soccer.” She stresses the importance of “expecting to win” and of striving to keep all thoughts focused on each individual game.

Out on the field the boys showed no signs of distraction, despite the rowdy fans and highly unpleasant weather conditions. Knowing that the team has such high expectations for this season, she explains that it’s crucial to “play simple.” Using these methods she, along with co-coach Johnny Topete, hopes to see the boys reach new levels of success this year. Linares is confident in the team’s “hard work and dedication,” which they demonstrate “on the field and during practice.” This determination was proven beyond a doubt in Thursday’s game with their last minute score for a tie. Despite remaining behind for the majority of the time, they never gave up, fighting through unrelenting rainfall and increasingly diminishing odds.