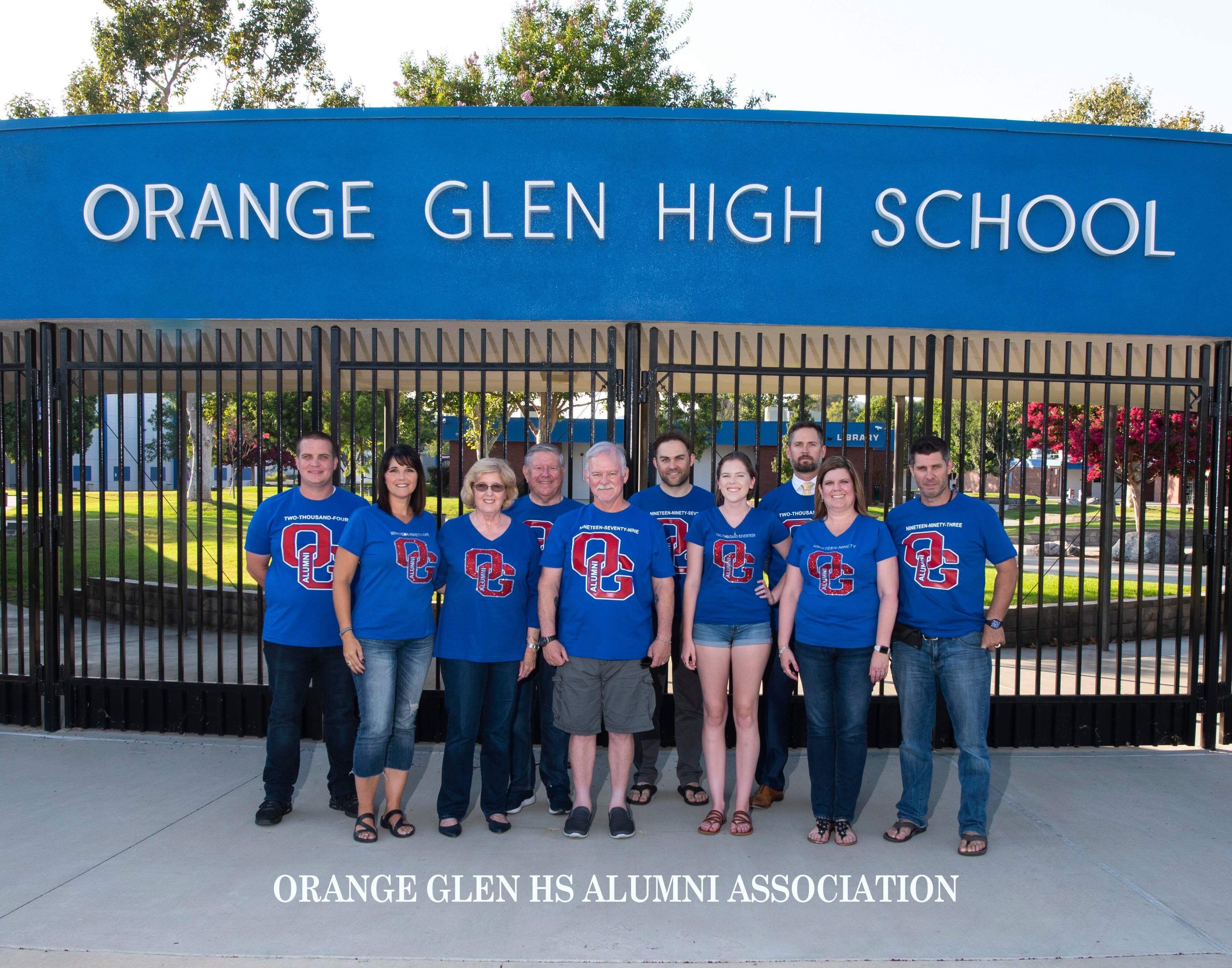 Those who have attended Orange Glen High School are legion. Now there is an organization they can join to show their affection for their old alma mater.

The Orange Glen High School Alumni Association has formed, begun meeting and is taking steps to become an official non-profit 501(c) 3 with the state of California and the IRS.

Members hope to become a positive force in trumpeting the successes and people of the high school, of publicizing the successes of school programs and to call attention to the achievements of alumni.

They also plan to hold events at which former students and teachers will be invited to celebrate Orange Glen High School, past, present and future.

The association was formed with the following mission statement: “The Orange Glen High School Alumni Association was founded to maintain a lasting relationship between the graduates and school by fostering the ongoing mission of the school, celebrating the values received from their education at Orange Glen High School, creating a continued sense of PRIDE, and promoting alumni events.”

Tuesday night the board held the second meeting since the association first formed. They discussed the bylaws and that they call for a board of no more than 15 members, or less than five, with two members of the high school staff and one member of the administration, if the school chooses to appoint one.

Travis Putnam, an alumni and longtime teacher at the high school, gave a report on paperwork processing to make the association official and legal as a public charity that can accept tax free donations.

The paperwork he is working on filing include CT-1, 3500-A and 1023. Putnam said it will require several hundred dollars to pay to process this paperwork. During Tuesday’s meeting he obtained pledges for $500 from several members.  Putnam added that one of the next necessary actions will be to set up a bank account that can legally accept donations.

Andi Jiminez reported on the new association’s social media presence which, in the short time since the first meeting has gotten 500 people on Instagram, with over 300 on Facebook and a very active Twitter presence.

“The goal is to be over one thousand by next week on Instagram,” said Jiminez.

Amanda Savarese, a 2017 graduate, discussed her ideas for increasing the interest and excitement of recent graduates to join the association. She talked about how, when she was attending school, that they established a OGHS ambassadors group that went to junior high and other schools to talk younger students about high school, and urge them to become involved once they began attending.

She said she would like to start an OG Alumni Ambassadors group. “This would be a cool way to get younger alums involved in doing fun things,” she said.

In order to maintain a clean and transparent image from the get-go, Putnam urged that all of the documents associated with the association, such as the bylaws and minutes of each meeting, be posted at the association’s website. “Let’s be as open, honest and legitimate as we can,” said Putnam. “This is how the community will know that the association is on the up and up.”

Kevin Brown, another alumni and longtime teacher at the school, said he would like to see some of the school’s more successful programs and alumni highlighted on the website. He suggested talking about the school’s culinary program, which has produced at least one famous chef.

Brown said that one positive aspect of the association will be that when there are activities they want to promote they won’t have to go through the school administration or school board to get authorization.

Some important dates for alumni include:

The associations website can be found at: www.OGAlumni.org, but has not gone live at the time of this article.