Saturday night, just after 7:30 p.m., Escondido Police Officers responded to a disturbance call in the 1400 block of Timber Glen in the City of Escondido. As officers were conducting their preliminary investigation, a possible suspect was seen fleeing the area in a vehicle. Officers pursued the vehicle into the Valley Center area and requested assistance from Sheriff’s Deputies and San Pasqual Tribal Police, as the pursuit approached the Valley View Casino.

The suspect stopped near the entrance to the casino and a confrontation ensued with officers. An officer involved shooting resulted and the suspect was apparently struck by gunfire. He was treated at the scene by Valley View Casino Medics and transported to a local hospital by Rincon Fire Department Personnel. Despite lifesaving efforts, the man died at a local hospital.

The facts surrounding the shooting are currently under investigation by the Sheriff’s Homicide Unit. There were no injuries reported to any officers, deputies or bystanders. The number of shots fired and number of officers who fired have not yet been determined. The name of the deceased male is being withheld pending family notifications. A possible handgun was recovered at the scene of the officer involved shooting. 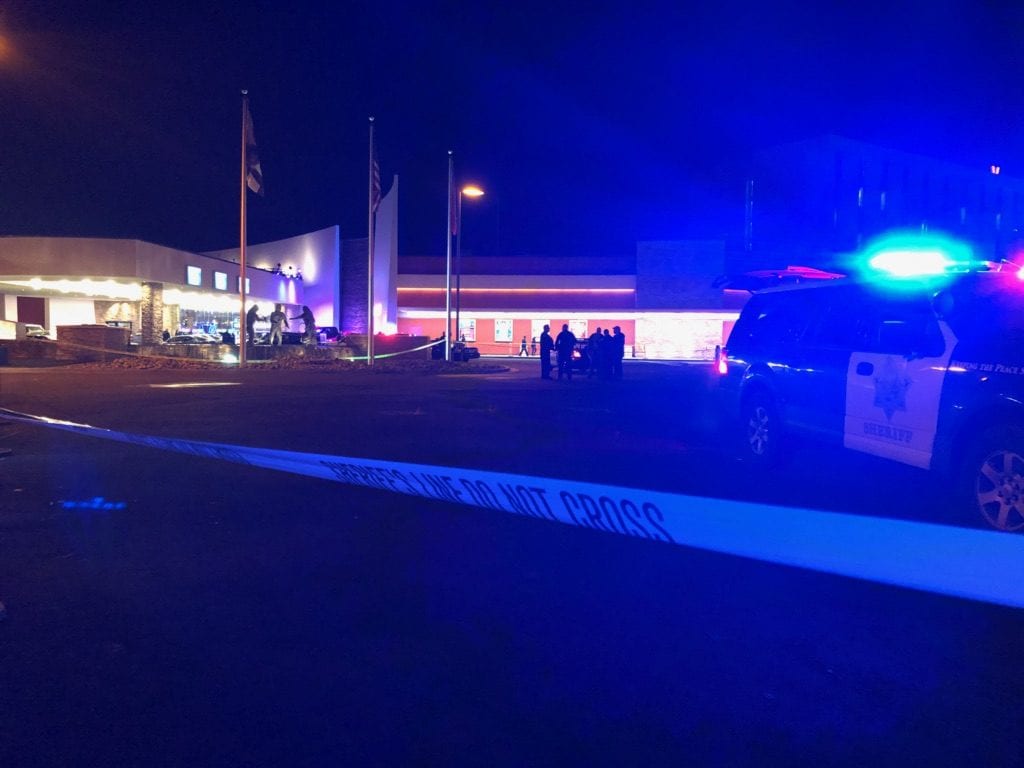