Of Notre Dame, a father, a war and an unfulfilled dream 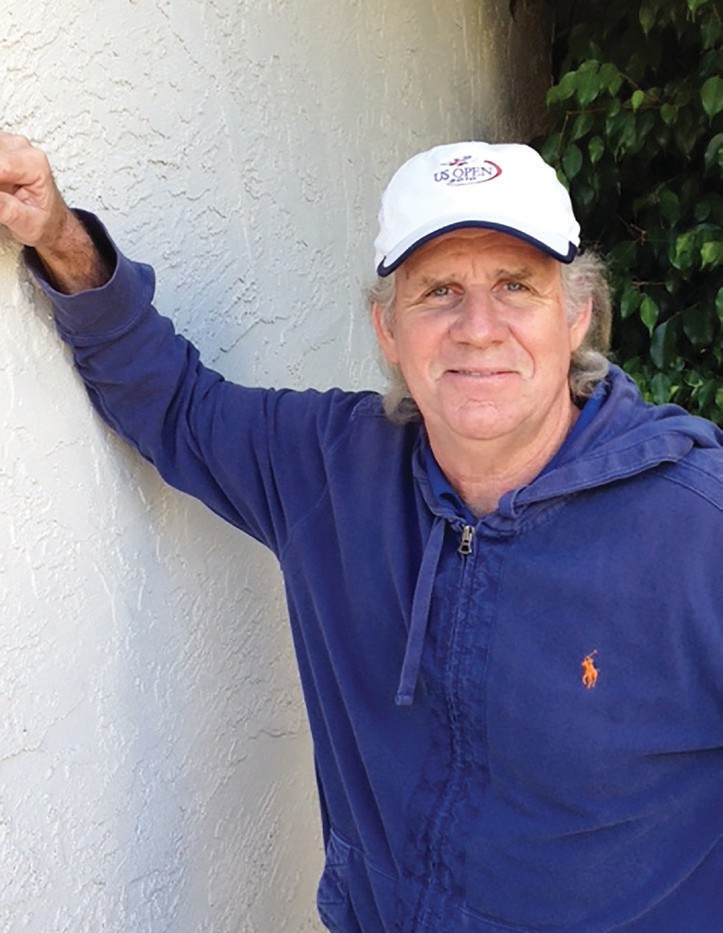 It was a blessing that my Dad wasn’t around to see Notre Dame’s deflating 45-27 season-ending loss to USC that put the Irish out of their agony, at least for this forgettable season. It would have made him wince and shake his head in utter disappointment.

The setback to the Trojans dropped ND’s overall record to a disgraceful 4-8 and added yet another sorry chapter to what became a thoroughly embarrassing year. Notre Dame was undermined throughout the campaign by a myriad of woes; poor execution, shoddy coaching (both on and off the field), inability to hold onto leads, the lack of a killer instinct, a tentative approach when things got tight, highly suspect special teams and the shocking incapacity for putting any semblance of a complete game together. But hey, other than that, the Irish were great!

My Dad often lived and died on the outcome of an ND game, his weekend either buoyed or deflated by how the Irish fared. He followed the Irish with intense interest and did all he could to make himself knowledgeable about the team’s prospects, schemes and personnel.

So why did the Irish mean so much to Jim Evans Sr.? Because in every sense of the word, he was a true and loyal son of Notre Dame. No, he never attended the university that made South Bend famous, but he should have. And if not for capricious fate, misfortune and the ravages of war, he most likely would have excelled as a high-profile athlete at ND, certainly in track and perhaps quite possibly on the gridiron as well. His most closely held dream was to prove his worth in the sporting arena as a member of the Irish. In many ways, his identity was interwoven with that dream.

Dad was a stellar athlete at Culver Military Academy, one of the most prestigious prep schools of its type. He was splendid at the dashes and was top notch at the broad (now called the long) jump. In fact, he at one time held the state record in that event. Because he was also an accomplished trumpet player and would on occasion play taps on campus for lights out, he earned the colorful moniker of the “Flying Bugler.”

Jim Sr., a noticeable redhead, was also a football player of note, a speedy running back who was elusive and difficult to track down. Up the road from Culver, Dad’s reputation reached the Notre Dame coaching staff and he was summoned on a recruiting trip.

He would recall almost every detail of that trip which culminated in meeting with an Irish coaching icon, the legendary Frank Leahy. Next to the mythic Knute Rockne, no else can match Leahy’s accomplishments and status and that includes the likes of such ND coaching greats such as Ara Parseghian and Lou Holtz.

Walking into Leahy’s office, the 17-year-old was absolutely awed by the fact that he was in the presence of a football deity. Somehow he managed to hold it together and made an impression. Shortly thereafter, his fondest and most heartfelt aspiration was realized. ND tendered him an athletic scholarship. He was moved beyond words. He was now on the precipice of living his dream.

But first and foremost, he had an obligation to Culver and his country and with World War II raging, once he left the school, it was a given that he would enter the service and do his duty as so many were doing and had done before him.

At Officer Candidate School he was constantly forced to prove himself, with some of his superiors quite skeptical that someone so young could handle the duties of command under fire. But through his actions and insistence that his age was immaterial, he won over the doubters and was given a position of true responsibility, that of being a platoon leader and taking men into battle. At the tender age of 19, he became one of the youngest first lieutenants in the United States Army.

Ultimately, he found himself part of the historic Normandy invasion, landing at Utah Beach. From there, he moved inland but was subsequently shot on two separate occasions. Both times, after recuperating, he was returned to duty. In those days, if they could patch you up, they did just that and you were sent right back to the front. Besides, officers at that time felt a strong obligation to rejoin their men.

I remember once asking my Dad if having been wounded twice, he thought that perhaps the odds were then on his side to avoid being hit once again. Surprisingly, he admitted just the opposite. He was to feel a tremendous sense of foreboding once he reentered the fray.

Unfortunately, his intuition proved to be amazingly prophetic. Because he was younger that almost all the men he led, Evans knew the only way he would earn their respect was to be at the front, never asking of others what he wouldn’t do himself. While attempting to take a bridge during the early stages of the Battle of the Bulge and with German snipers firing away, a mortar exploded and Dad was stopped in his tracks. The physical price he paid was severe. His right shoulder was blown off, both legs were riddled by bullets and 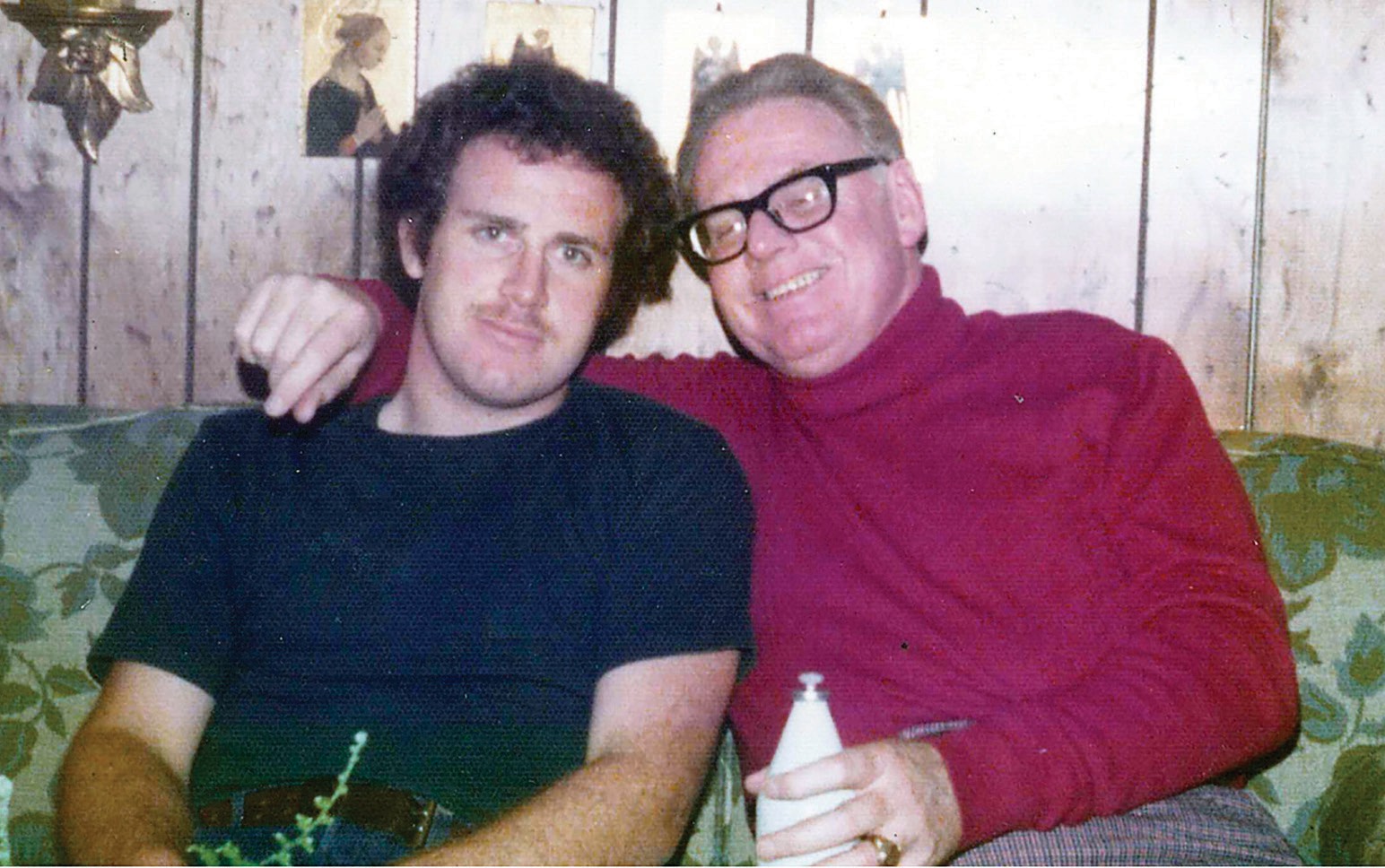 numerous pieces of shrapnel were embedded in his person, some which were never removed. For Dad, his participation in the war was over and it would go on without him. Awarded both the Bronze Star and Purple Heart, he was no longer capable of being a combat soldier.

In that life-changing instant, the athletic and supple body that had served him so well in the sporting realm was noticeably disfigured. Scars from his wounds would, to a great extent, define his body for the rest of his life. Off and on for the next two years, he would spend much of his time at the renowned Crile Military Hospital in Cleveland healing, recuperating and undergoing multiple surgeries. He was never again able to raise his right arm much above his head.

So indicative of his generation, my Dad rarely talked of his service or what he lost fighting for a cause he felt so strongly about. What he would say was that he was fortunate to have come home. He asked how he could feel otherwise when he had personally seen buddies and men that fought beside him instantaneously cut down and lose the precious gift of life.

Yes, Evans survived but his sports dream and the vision of athletic excellence at the collegiate level, at a school he so revered, was forever lost. He never mentioned it but that reality had to have been crushing. When Notre Dame became aware of what had happened, it reached out to Dad to inform him that they would welcome him as a student and would honor their scholarship commitment to him. That act of loyalty and compassion moved my Dad to tears and only served to intensify tenfold the deep affection he already felt toward the school. Was it any wonder that from that point on, ND would always be foremost in his thoughts?

And yet, Evans couldn’t bring himself to accept the gracious Irish offer. Being at the very place where he hoped to make his mark but being physically unable to do so, would simply have been too much to endure. Being reminded on a daily basis of his dashed dream would have eaten him up alive. Wisely, he would matriculate east and graduate from Babson College.

But later on and never having been a drinker before, Dad would enter a very dark period in his life. Alcoholism and the bottle would often consume him and at times, turn him into someone I scarcely recognized. Who can know for sure but upon reflection, I believe it’s highly likely that he suffered from post-traumatic stress disorder as a result of what he had seen and what he had experienced in the war. And how could it not? My God, when I think about what soldiers like him went through and had to emotionally deal with, I’m awed by the magnitude of it.

My Dad reached his nadir when he found himself at the Long Beach Veteran’s Hospital, a victim of yellow jaundice and a broken spirit. But from this deep abyss, he made an impressive upward climb with only a temporary lapse or two. Much to his credit, he reconfigured his life, regained his dignity and went to have an extremely successful career working with food companies in various marketing positions.

It took courage for Evans to try to take that bridge and it took courage for him to look alcoholism in the eye and not allow it to destroy him as it has many good men. My Dad also showed me firsthand a special kind of courage in how to handle death with equanimity and grace. He desperately wanted to go on living but when the reality of his situation became clear, his focus was constantly on making this transition as painless as possible for those that cared about and loved him.

He was bedridden at a Hospice facility in Hillcrest and knew the end was near. But when family and friends visited, he was gracious and so appreciative that they’d taken the time to do so. He wasn’t preoccupied with death but rather, it was his intent to get the most out of the time that was left to him. And whenever I was in his company, we’d reminisce about the good times and felt comfortable enough to relive even some of the bad. We also talked about mortality, its religious implications and the afterlife. He showed no fear or apprehension about what was to happen. He had reached a point where he was resigned to facing what lay ahead. The manner in which he dealt with his impeding passing impressed the hell out of me and made me realize that my Dad had the capacity to rise to the occasion when it seemed to matter most. In many ways, he’s left a legacy that’s made me quite proud.

And right up until near the very end, he still had thoughts of his cherished Fighting Irish. As always, they were never far from his mind. He loved that team like no other. Even the fact he wasn’t able to fulfill his athletic dreams in South Bend did nothing to diminish the affection he held for Notre Dame. The bond was simply too strong. It would go on to last a lifetime.