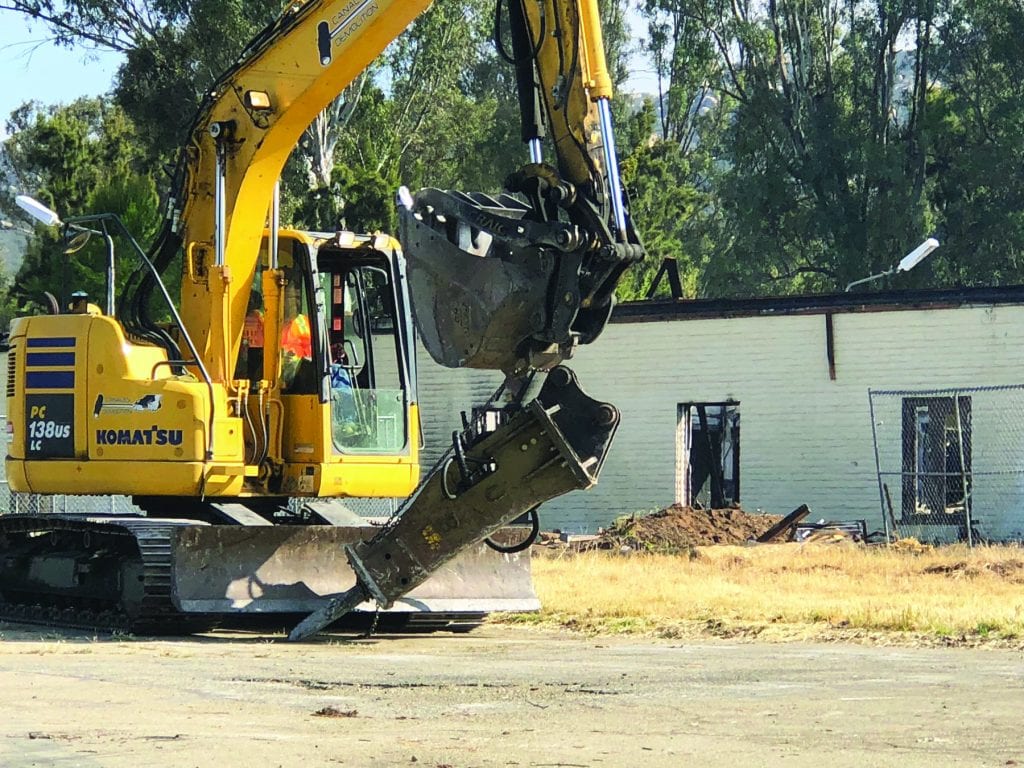 Thursday with permission from the property owner New Urban West Inc. (NUWI) began the demolition of what remained of the Escondido Country Club which had been razed by a fire in November near Thanksgiving.
The clubhouse – along with the adjoining golf course – was closed in 2013 due to poor financial performance. More recently, a fire gutted the structure.
Last fall a few weeks before the fire, the Escondido City Council approved New Urban West’s plan to build three new residential villages, a $10 million clubhouse with restaurant, bar, pool and banquet facilities, and a 29-mile greenbelt. In all, 44% of the property will be preserved as open space.
The “Villages” is a 380-unit project on property owned by Michael Schlesinger—who has an agreement with NUWI to develop the property.
“While we have yet to take ownership of the property, we want to help the community move beyond what has been a very unfortunate chapter,” said New Urban West Project Manager Jonathan Frankel. “Getting rid of this eyesore will help do just that.”
New Urban West will purchase the property and begin construction of the project once a legal challenge by ECCHO (Escondido Country Club Home Owners) association is resolved. ECCHO has challenged the city council’s action authorizing the development.
ECCHO filed its lawsuit against the city on December 15. The judge in the case has scheduled a hearing for May the various motions, including the one by the city asking that the lawsuit be dismissed.
The residents of the Country Club area have been fighting for nearly five years to prevent the development from going through in its current form.