Nominations sought for Newsmaker of the Year 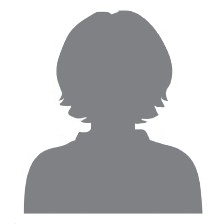 Dos Equis celebrates the Most Interesting Man in the World; the Nobel Committee awards the Peace Prize; Football has the Heisman Trophy and People hands out the Sexiest Man Alive. In between there are the Academy Awards and the Pulitzer Prize. Not to be outdone, the Times-Advocate will bestow the first ever Newsmaker of the Year award for 2016 shortly after the New Year.

The Times-Advocate is inviting nominations and suggestions for our first annual “Newsmaker of the Year” award for 2016. We will accept nominations until December 31.

The purpose of the award is not to honor someone for good works or how highly their fellow citizens regard them, but for how much impact that person has had on Escondido during the past year — for good or for ill.

Think of the award of being the local equivalent of the Time Magazine Person of the Year. The award will be given for how dominant this person has been in the news during the past 12 months.

We solicit suggestions and nominations for the award, which carries no monetary value, no plaque and comes with no award ceremony. It is, in short, an empty honor, but has pretty good bragging rights.

The newspaper reserves the right to choose whomever it deems best fulfills the criteria for Newsmaker. But all nominations will be considered. Send your nominations to editor@times-advocate.com.

Best Fries in the City

We have tasted some great fries in Escondido — and now we are on a quest to determine what dining establishment — or dive — serves the best fries in the city. For the next few weeks we will be visiting various establishments in town to taste their French fries. We don’t want to miss any good ones. So, if you know of an Escondido restaurant (sorry, we are limiting this contest to the city) that serves excellent fries, please call our attention. If you are a restaurant that wants us to try your fries, just email us at editor@times-advocate.com.

We will do a story about the winning restaurant and fries.

Finally, many fine establishments in Escondido have Happy Hours. And as any habitué of a bar or restaurant knows, it’s not the drinks that make Happy Hour so special, it’s what kind of food you serve with the drinks.

As with the “Best Fries” we will be roaming the city, looking for the best appetizer or hors d’oeuvre. Send us your suggestions for the best places to visit.