No, you can’t vote by text 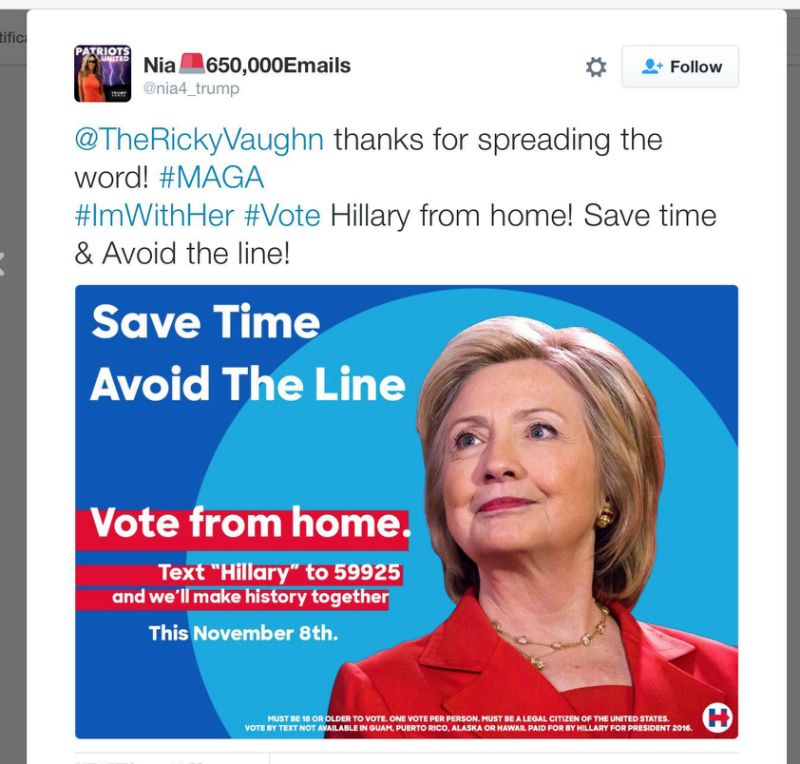 There is no state that allows voting by phone or e-mail or text or hashtag or Facebook post.

An ad has been doing the rounds on Twitter this week, encouraging Clinton supporters to stay at home and vote by text. This should go without saying, but in this election, everything seems to be bad, so: you can’t vote by text.

The picture on Twitter steals all of its visual design language from the Clinton campaign, and even features a bunch of disclaimers and a “Paid for by Hillary for President 2016” message along the bottom. It passes the most basic sniff test, which is probably why it’s been spread widely across social media by this point.