No cause determined for Lake Dixon fire 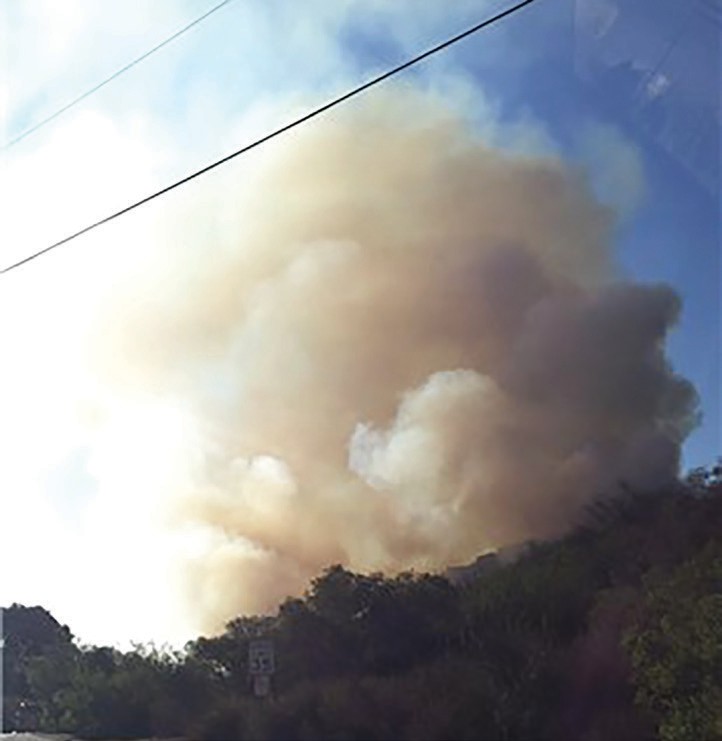 Smoke can be seen rising from La Honda Drive.

Dispatch reported multiple callers saying a fire was burning near the parking lot at Dixon Lake. As fire units were responding to the incident a fairly large smoke column could be seen in the distance.

On arrival, the first in engine reported a quarter-acre fire in medium fuels with potential to spread into Daily Ranch. Cal Fire units were also dispatched to the area with a full first alarm response including helicopters and fixed wing tankers.

The aircraft arrived overhead and made a number of retardant drops. Helicopters followed with a number of water drops. Escondido Fire units in conjunction with Cal Fire units put hose lines in on both flanks of the fire and in about three hours the fire was contained and controlled to approximately three acres.

Because of the firefighting activities and water and retardant drops, the cause of the fire was unable to be determined. There was a report from a person in the area who stated he had possibly heard a back fire from a truck or an explosion just prior to the fire starting. Cal Fire units determined the fire was in State Responsibility area and provided all of their dispatched resources to suppress the fire. There were no injuries or any damage to property.