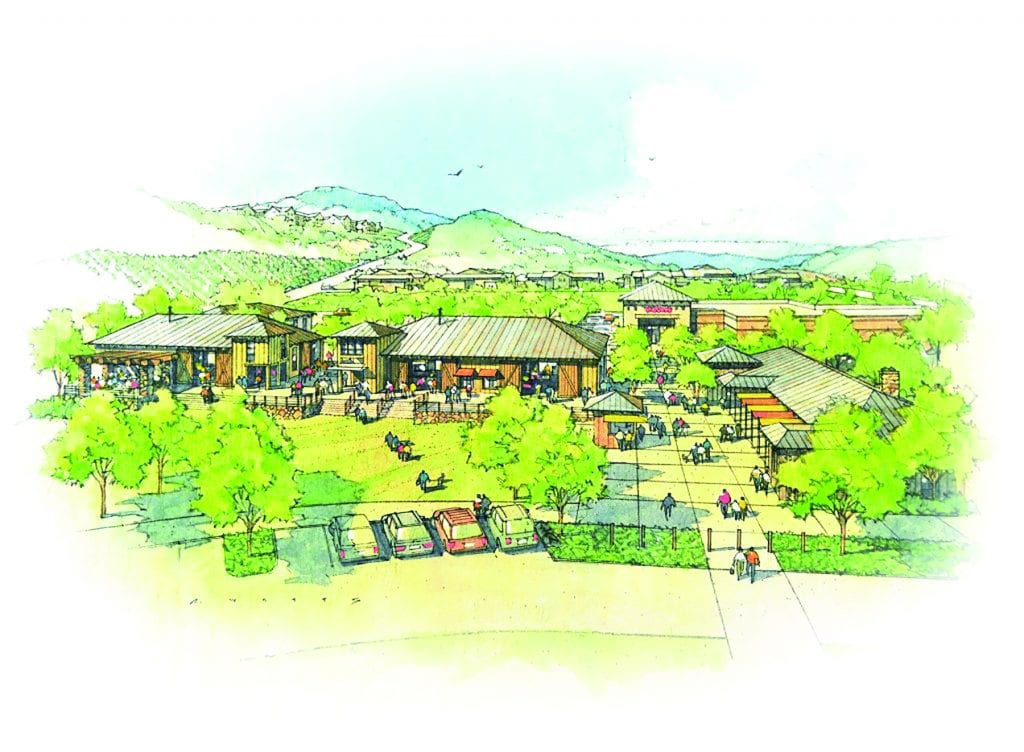 Opponents of the proposed Newland Sierra project, are planning to have a major presence at the Planning Commission hearing for the project on June 28-29 at the Friday, 9 a.m. at the COC Conference Center Hearing Room 5520 Overland Ave., San Diego.
The overflow day is being provided so the commission can hear all of the testimony.
Mustering the troops against the 2,000 acre, 2,135 unit development (which would create a new community larger than Del Mar) is the Golden Door Spa, the luxury getaway for the rich and famous which considers the development an existential threat.
The Golden Door will be providing free buses and T-shorts for all those who want to attend the hearing to protest against the development.
The Newland Sierra development’s footprint is located just off the I-15 & Deer Springs Road. It abuts Twin Oaks Valley and the city of San Marcos. The project is divided into seven neighborhoods. It sets aside more than 1,200 acres of permanent open space with 19 miles of trails, bike paths and walkways and 36 acres of parks. It also provides a site for a K-8 grade elementary school.
Newland is selling the project as a “net zero” emissions project, a claim that it shares with Lilac Hills Ranch. It achieves this goal through requiring solar panels on every house and charging stations in every garage, while also powering street lights and every rec center with solar. It will also have an extensive electric bike-sharing program.
Critics declare that much of Newland’s “net zero” emissions come from buying carbon credits from out of San Diego County. They claim it will pour so much traffic onto the I-15 that it will reduce it to an “F” rating.
They also claim that the project will destroy many acres of habitat of endangered species. The biggest criticism leveled against the project is that it will create a hazard during wildfires by pouring thousands of cars onto a bottleneck of small country roads.
Newland points out that it will be paying for widening Deer Springs Road, which will help alleviate an existing traffic problem.