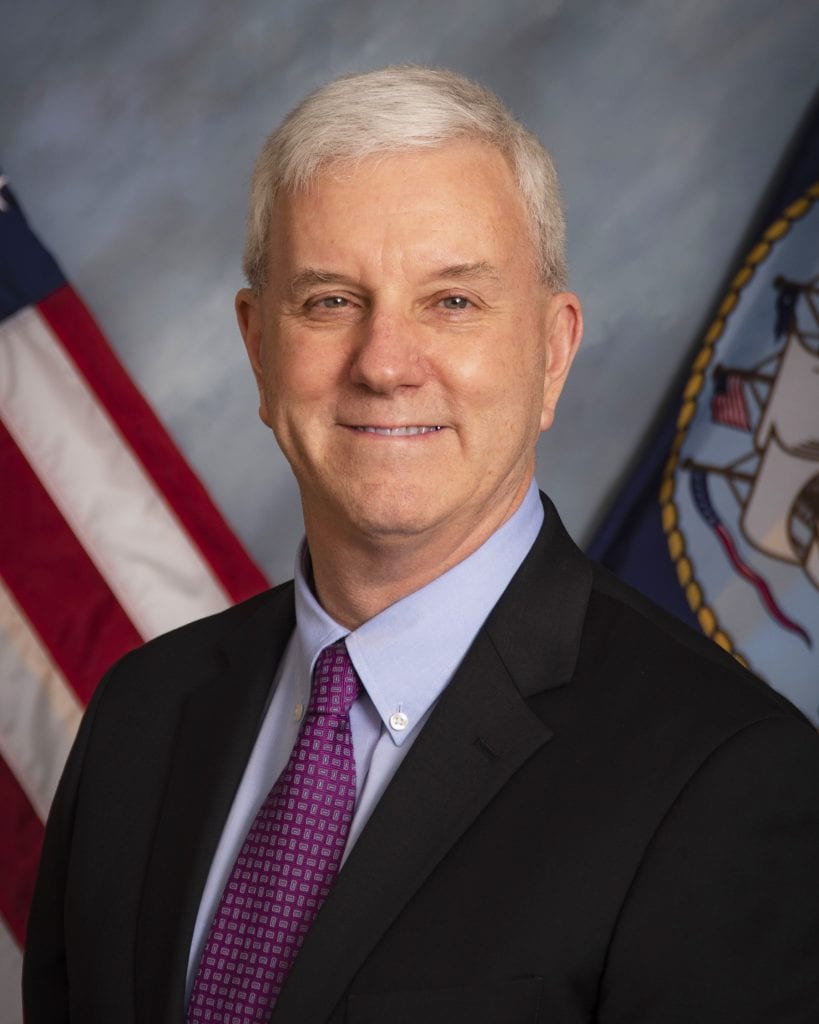 The new Acting Secretary of the Navy, James E. McPherson, is a 1971 graduate of Orange Glen High School.

He served as a Judge Advocate General of the Navy and retired as a rear admiral. He also served as general counsel of the Army and Undersecretary of the Army.

McPherson, who was born in 1953, is a retired Navy rear admiral who has served as acting United States Under Secretary of the Army since July 23, 2019, and was sworn in full-time on March 26, 2020 following Senate confirmation. He also served as the General Counsel of the Army 2018 to 2020. He was named Acting Secretary of the Navy on April 7, 2020, following the resignation of Thomas Modly.

Born in Southern California, McPherson graduated from San Diego State University in 1977 with a degree in public administration. He received his Juris Doctor in 1981 from the University of San Diego School of Law, and in 1991  earned a Master of Laws degree in Military Law from The Judge Advocate General’s Legal Center and School, Charlottesville, Virginia.

McPherson enlisted in the Army and served three years as a military policeman. In 1979 he was commissioned ensign in the Judge Advocate General’s Corps of the Naval Reserve. He interned in the Naval Legal Service Office (NLSO) in San Diego and then attended Naval Justice School, in Newport, R.I., completing his training in 1982.

He served as a judge advocate and trial counsel at several Navy commands and ships before and after completing his graduate training in 1991. In June 1994, he reported to the staff of Commander, Submarine Force, U.S. Atlantic Fleet as the Force Judge Advocate. In December 1995, he joined the staff of the Vice Chief of Naval Operations as Assistant for Legal and Legislative Matters. In October 1997, he became Special Counsel to the Chief of Naval Operations. In September 2000, he assumed command of Trial Service Office East, Norfolk, Virginia.

On December 5, 2019, he was nominated to be Under Secretary of the Army, a position he held since July 23, 2019, in an acting capacity, while also serving as General Counsel of the Army.

McPherson was awarded the Navy Distinguished Service Medal, the Legion of Merit, and the Meritorious Service Medal.

In his message to the Navy, McPherson wrote: To all of our Sailors, Marines, Civilians, and Military Families,

“I am honored to return to the Navy-Marine Corps Team as your Acting Secretary.

“From my years as an officer in the United States Navy, and my prior service as an enlisted Soldier in the United States Army, I am keenly aware of the sacrifices you make, and the dedication you show, every day in service to our Nation. Thank you for your dedicated service. I look forward to serving alongside you.

“Today, with the extraordinary challenges posed by COVID-19, and the continual threats we face in a changing global security environment, our Nation needs you more than ever. Throughout this crisis, Sailors, Marines, and Civilians have stepped forward to protect the American people and our force. From New York to New Orleans, Los Angeles to Dallas, Maine to Guam, you have responded to the medical, logistics, engineering, and security requirements of our homeland during this time of need. And through it all, you have maintained the watch around the world.

“Alongside Admiral Gilday and General Berger, we will maximize the resources and capability of the Department of the Navy to faithfully execute the priorities established by Secretary Esper in response to the COVID-19 crisis: Protect our people, maintain warfighting readiness, and fully support the whole of government/whole of nation response to protect the American people.

“You are the reason I am extremely confident that we will make mission. Many of you – our active and reserve shipmates – are closing the margin and saving lives through countless and selfless acts of individual initiative and collective teamwork. I am proud of you – our Nation is proud of you. For as long as I have the privilege of serving as your Acting Secretary, I will do everything in my power to support your efforts and safety, and the safety and well-being of your families.

“Working together and remaining ever vigilant of the rocks and shoals before us, I know we will help bring our Nation through the present challenge and all that may follow. It is what the Navy and Marine Corps have always done, and will always do, as long as there are people like you maintaining the watch.”