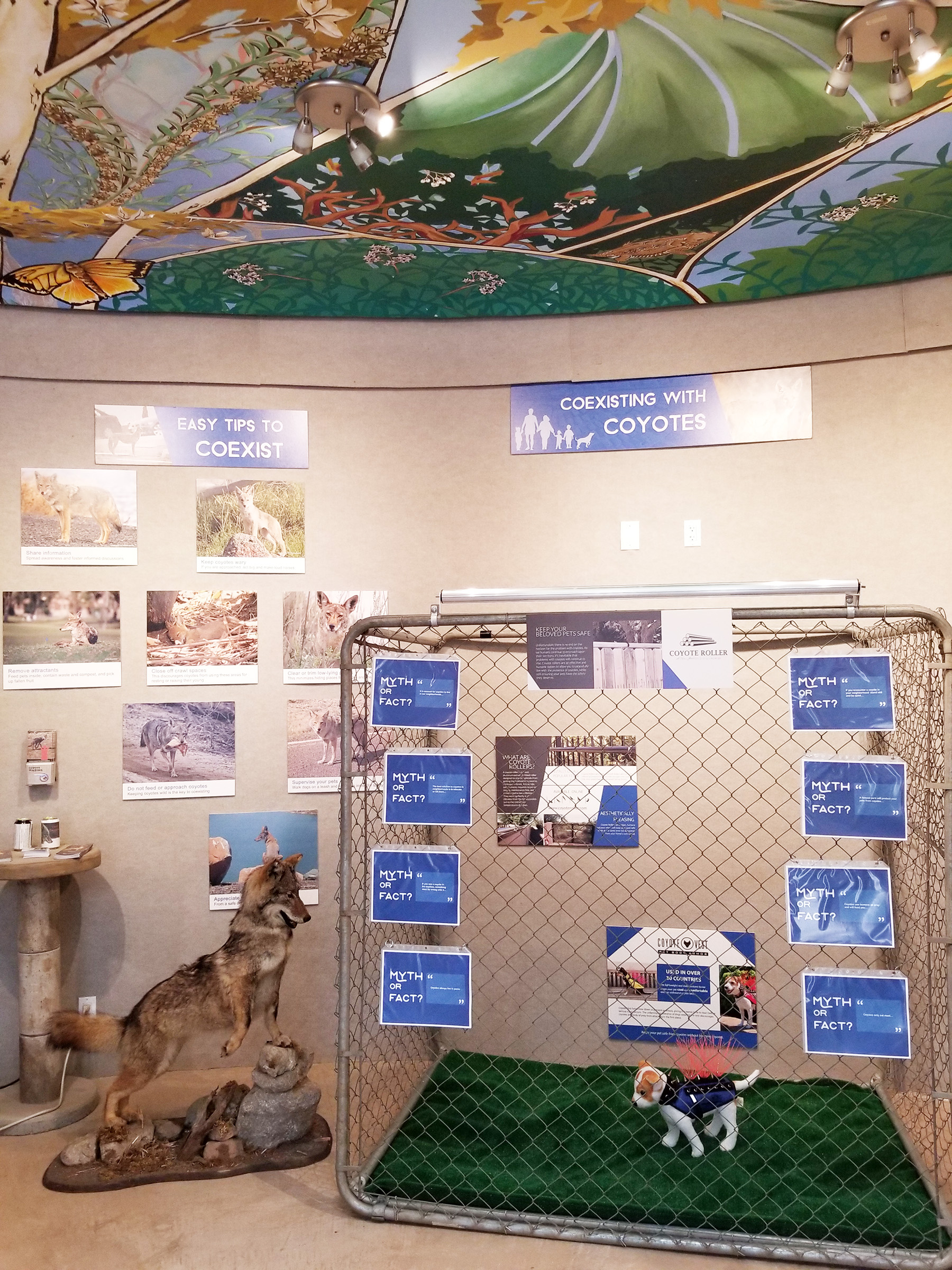 The exhibit will share tactics people can take to live more in harmony with the coyotes who share their living space. Photo courtesy of Simon Breen of the Interpretive Center at the Elfin Forest Recreational Reserve.

The Escondido Creek Conservancy presents a new exhibit, “Coexisting with Coyotes,” which will be on display in the Interpretive Center at the Elfin Forest Recreational Reserve on September 5 through December 31.

Coyotes are adaptable and found almost everywhere in San Diego County—including wild lands, suburban neighborhoods, and even in our cities.  As coyotes continue to lose their traditional habitat and are driven onto human-occupied areas, conflict between humans and coyotes has increased.

Between 1998 and 2015 there were 90 reported coyote attacks on humans in California.  In contrast, there were 2,446 documented cases of foodborne illness in California during this same period—so in effect, people are 27 times more at risk from their food than from coyotes.  Nevertheless, coyotes do pose a risk to people and their pets, and public concern continues to mount.  But coyotes are an important part of our ecosystem, and coexistence with them is possible, which is the aim of this exhibit.

Featuring puzzles, audio, art, taxidermy, and more, this interactive exhibit provides facts about these clever animals and dispels common myths.  It also outlines specific things people can do to keep their family and pets safe while still keeping these beneficial creatures wild and free.

The exhibit was conceived by Dr. Adena Boxer-Capitano, a former veterinarian.  She’s also an educator and a docent at the Elfin Forest Recreational Reserve.  She started the Coyote Coexistence Project and is dedicated to helping communities develop plans to coexist with the wildlife that share our neighborhoods.

The Interpretive Center at the Elfin Forest Recreational Reserve is open seven days a week, 8 a.m.-3 p.m., depending on volunteer docent availability.  An updated weekly schedule of Interpretive Center hours can be found at: elfinforest.olivenhain.com/.