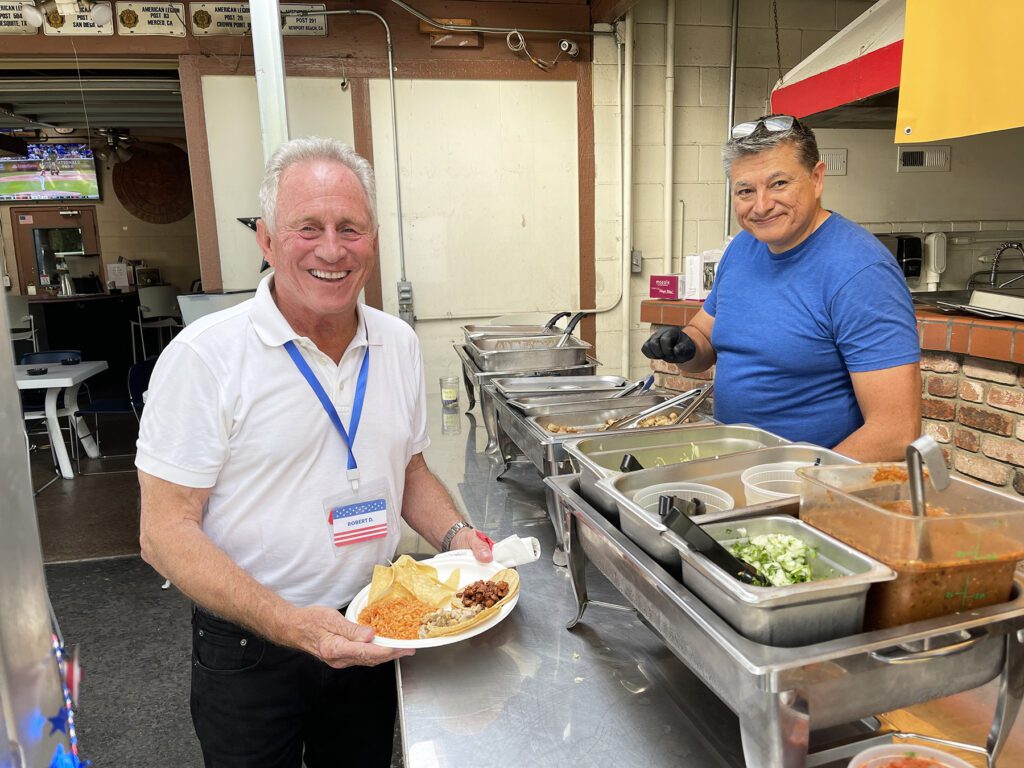 The newly minted Hidden Valley Democratic Club had its coming out party Saturday night at the Patio of the Palms of American Legion Post 149. About 50 people attended the affair, which was catered by Sierra Madre Cantina.
There is another Democratic club based in Escondido, the Escondido Democratic Club. But the Hidden Valley Democratic Club members say that what sets the new club apart is that only Escondido residents can belong or vote on endorsements. Also that it is dedicated to picking and nurturing candidates who can win elections, as opposed to being political purists.
Escondido Mayor Paul McNamara, the first Democrat to be elected mayor of the city in several decades, declared, “If you have the right people in office and recruit the right people to run you can make change.” He added, “That’s why we are here—to make changes.”
He recognized several people who, he said, make changes. He introduced Bob Dzibubla, HVDC president, who said “We are focused on good local candidates who can win local offices.”
McNamara added, “We can’t get things done without working together.” He recognized councilmember Consuelo Martinez: “When I get off track she keeps me on track. She is an incredible woman who has great empathy for the city. I don’t think she gets enough credit.”
In the literature available Saturday, a question asked and answered was: “Why does the Escondido region need another Democratic club?” The answer: “The old club had not been as focused on early candidate recruitment as will the new club, and the new club will limit club voting to Escondido-based Democrats (although non-Escondido club members are welcome to participate in discussions). The Hidden Valley Democratic Club will have a robust plan to build a ladder of success so that candidates gain experience and credentials before running for office. This means that water boards and school boards will have as much early attention as legislative, mayor and council races.” 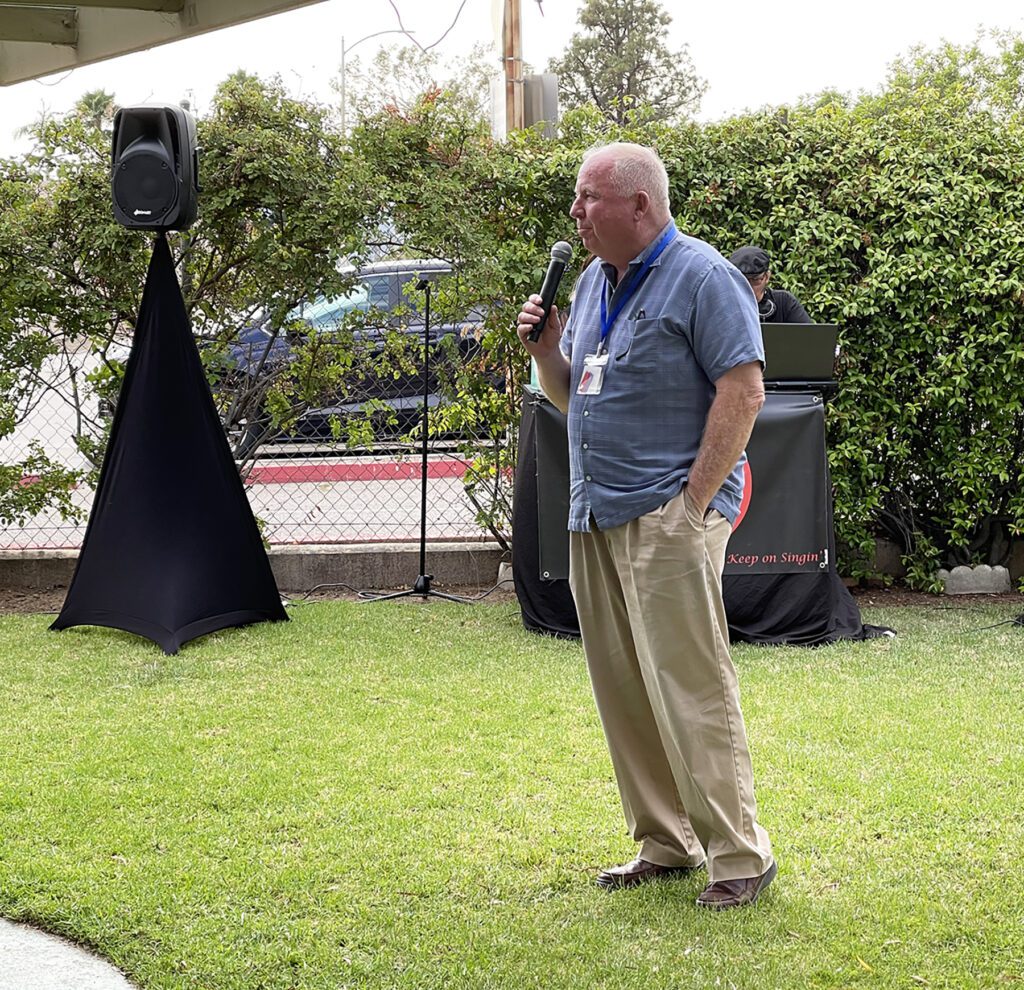 The mayor also gave a shout-out to the “unsung heroes,” who make changes, such as Katharine Barba, chairman of the Planning Commission. “Finding the right candidates and getting the right people in office,” said McNamara. “How do we take the values of the party and apply them to this city?”
He introduced, “a good friend, the head of the Democratic party in San Diego, Will Rodriguez-Kennedy.” He noted that Kennedy is a veteran of the Iraqi War.
Kennedy told the group, “I heard how you were forming with a seriousness of purpose.” He added, “You are part of the front lines, with the goal of taking back the majority of the city council.” 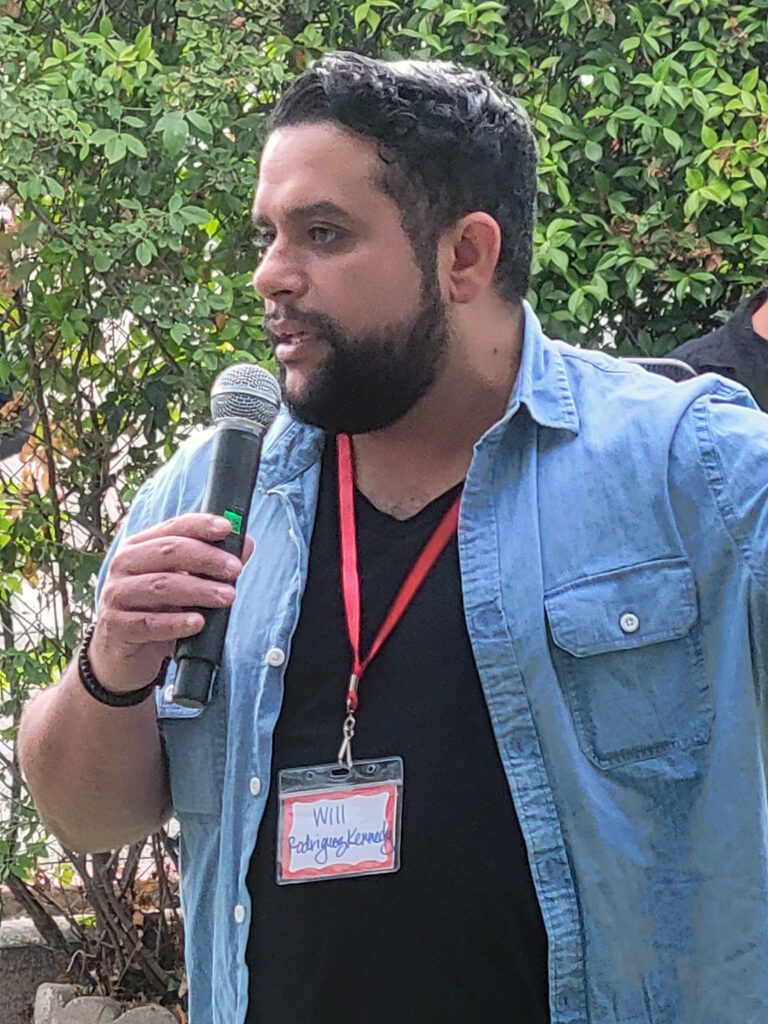 Will Rodriguez-Kennedy, chairman of the San Diego County Democrat party.

He described how the San Diego County Board of Supervisors eight months ago became a Democratic-majority board. Previous to that switchover, he said, the board “was sitting on resources.” But now, “Now we are seeing tremendous changes!” he said. “We have seen that changes happen in the County and now we need to make that happen in the city.”
Kennedy talked about when he was serving in the war that there was a Marine helicopter squadron called the Purple Foxes, whose slogan was (slightly cleaned up) “Give a darn.” He said one of the goals of the San Diego Democratic Party is to recruit people who “give a darn.”
He introduced Pat Drinan a founder of the HVDC, who sought to answer two questions: 1) Why a new club? And 2) Why now? He described how a group of like-minded Democrats, “were very concerned.” They decided the most pressing task was “to find good candidates for every election and not have infighting.” He explained the reason for limiting voting to Escondido residents. “We don’t want people swarming in from outside,” he said, adding, “Now is the time to act in a civil, productive way to bring people together.”
The next meeting of the Hidden Valley Democratic Club will be October 4, 6:30 p.m. at the Escondido VFW. 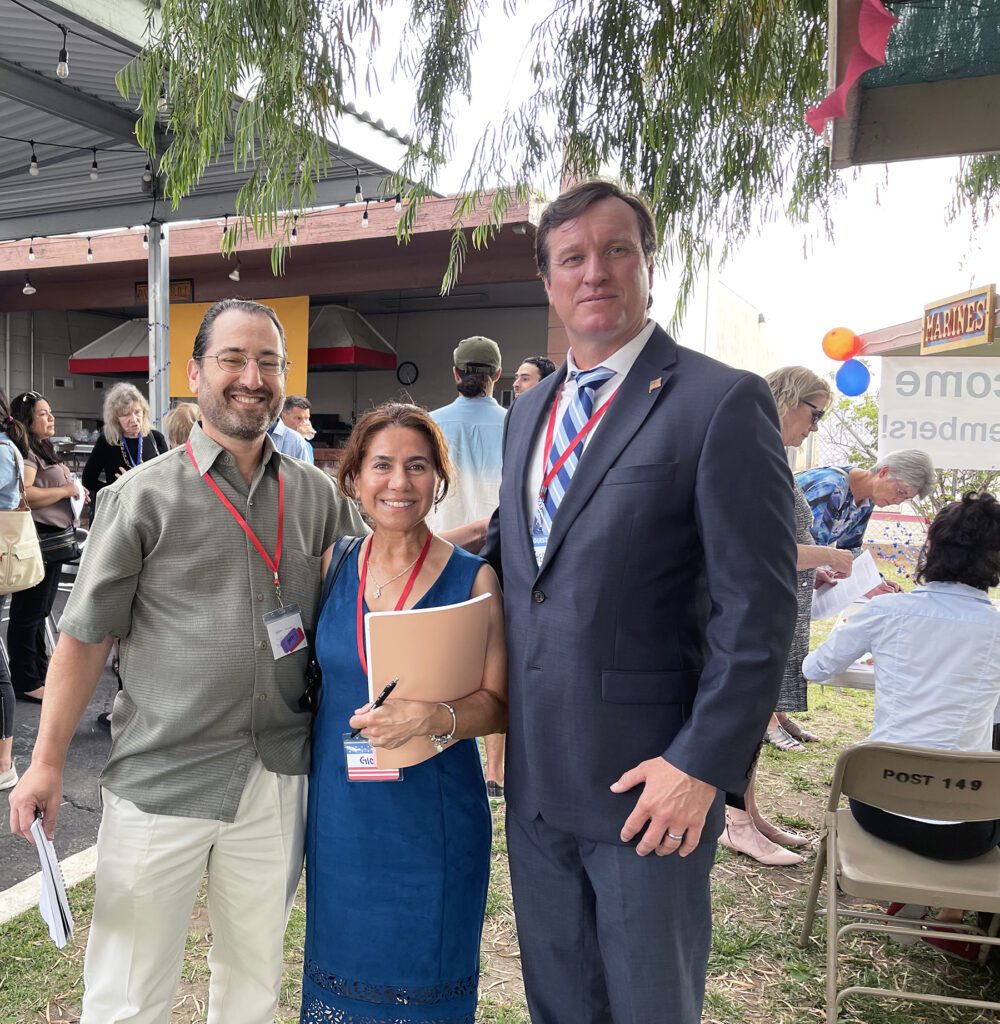 Sitting down with Stephen Houlahan

One of several candidates at the event, Stephen Houlahan, candidate for the 50th District against Darrell Issa, sat down for a few minutes to talk about next year’s election. Houlahan has served on the Santee city council and was a candidate for Santee mayor in 2020.
He and his wife, Olga Avalos, have a son, Stephen Houlahan. They have been married 12 years and live in Santee.
Asked why he is running, he said, “I’ve been a resident of California 50 for years and I love the district.” A Registered Nurse for 25 years, he was also a passive healthcare coding specialist. “I think we should do more for the environment,” he said, noting his opposition to the Rainbow Pipeline, which he successfully fought against. “Ten years ago I stopped the Quail Brush Power Plant (a Cogentrix Energy proposal for a 100 MW natural gas peaking plant on open space in San Diego.)” He is also president of Save Mission Trails, which he founded.
He is a Certified Clinical Documentation Improvement Specialist (CCDS) and the System Senior Clinical Documentation Specialist for Sharp Health Care System. Before that he led the Sharp Memorial Hospital Surgical Intensive Care Unit (SICU) for almost 5 years as a clinical supervisor/assistant manager.
Some of his issues include 1) voter disenfranchisement and corruption. He opposes changes making it harder for people to vote. He supports Texas state lawmakers who fled to Washington D.C. rather than allow a quorum in the legislature to pass a bill changing the state’s voting laws.
He supports SB 1 and H.R. 1, aka the “For the People Act,” two bills in Congress that would put state voting laws under the federal government.
• Healthcare. “We need to make sure that everyone is protected and technology and information is improved. I’ve seen so many people take their last dollars to pay for health care,” said Houlahan .He also supports expanding Medicare to those 55 and up and doe children. He also supports spending more on mental health.
• Water: “Lake Mead has huge rings. They are looking to cut allocations to farmers. Users are looking at paying $300-$400 water bills a month,” he said.
• Infrastructure: “People may not think about it but our infrastructure has not changed in many years. We need to fix the roads and infrastructure that exists. We need to make sure our bridges don’t collapse. We need to upgrade Highways 76 and 78. The funding has to come from the federal government. It will cost billions to fix our freeways.”
Infrastructure, he said, includes “Internet access for all. No child should be left behind without internet.”
The Times-Advocate anticipates sitting down with the candidate at a future date for a more extended interview. 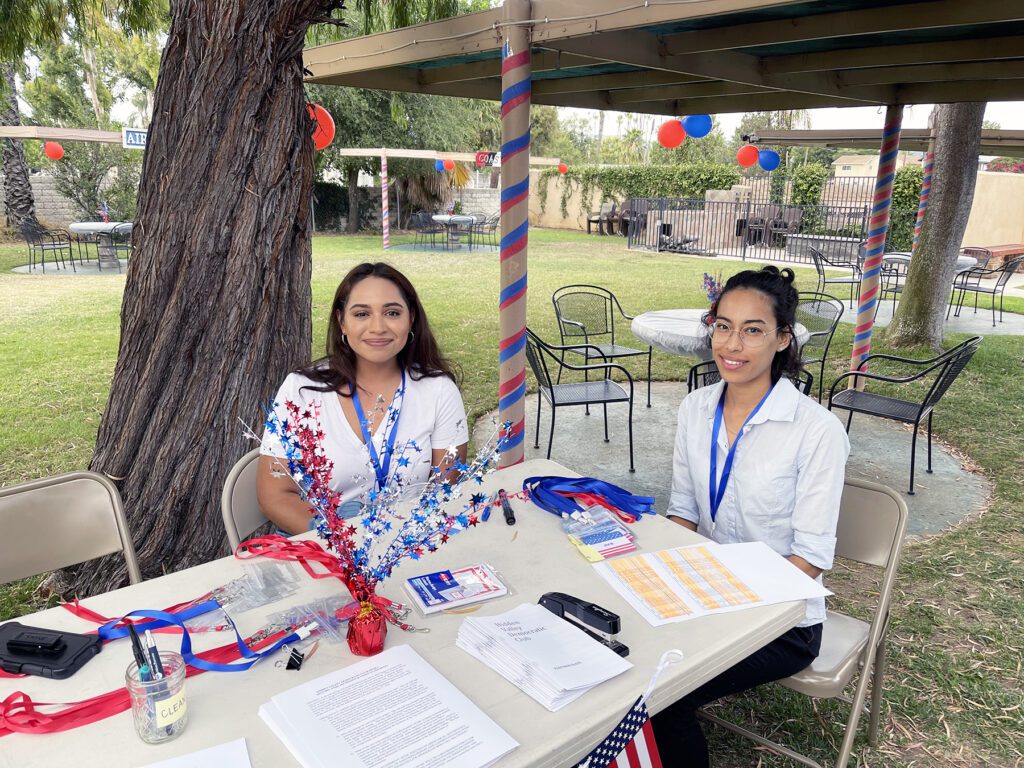