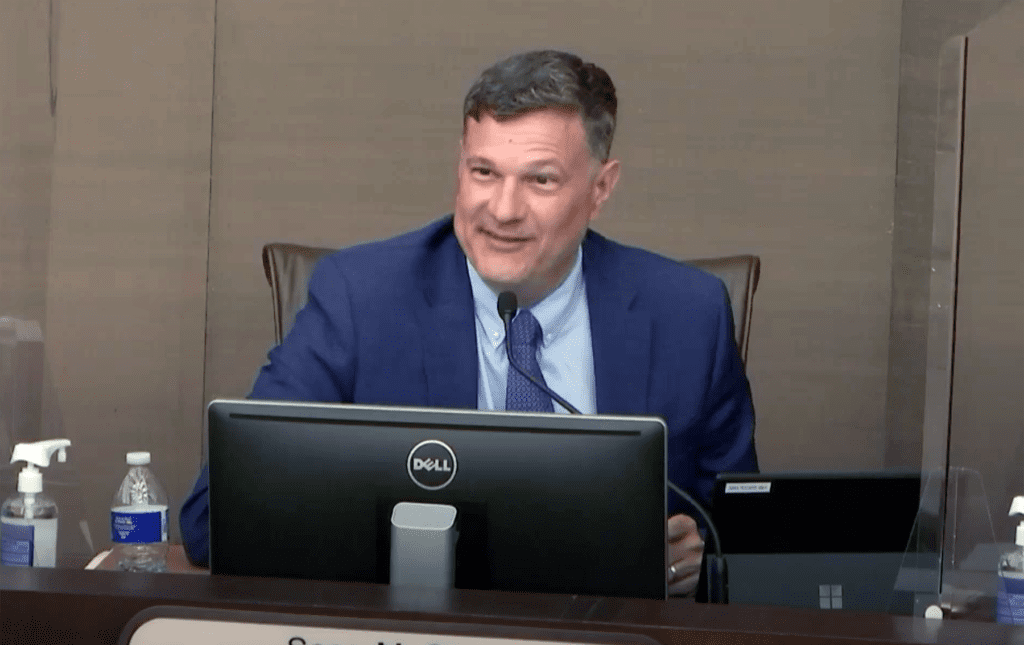 Sean McGlynn attended his first meeting of the Escondido City Council as city manager on Wednesday, July 14 (“Bastille Day” as Mayor Paul McNamara observed.)
McGlynn told the audience, “It’s been a great first couple of weeks on the job. I’m looking forward to meeting everybody, getting a chance to learn and have everybody teach me about this great community. Thank you and my heartfelt thanks moving forward.”
McNamara said, “On behalf of the entire city council welcome aboard.” He looked out at the audience. “You may not have noticed but when we had to select Sean it was in a very enthusiastic 5- O vote—so everyone was really excited about Sean. So there’s no pressure! And who remembers old what’s his face!” he said, joking about former city manager Jeff Epp. “Yeah, sure, after thirty-six years he’s probably not watching this!”