Nerd-Con brings 9,000 to Center over weekend 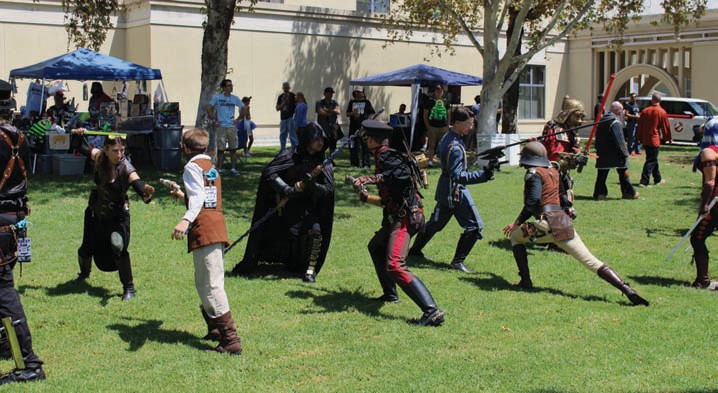 Nerds practice some form of nerdy combat Saturday in front of the California Center for the Arts Escondido.

You could call it Comicon the Little, except that this baby is already growing at a tremendous pace and may not be in diapers much longer. 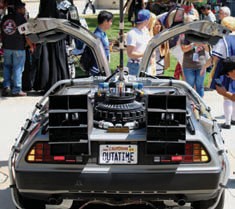 This car is apparently modeled after the DeLorean used in Back to the Future.

fellow nerds showed up for the 2nd annual Nerd-Con at the California Center for the Arts, Escondido on Friday, Saturday and Sunday.

All four of the Center’s facilities were used and 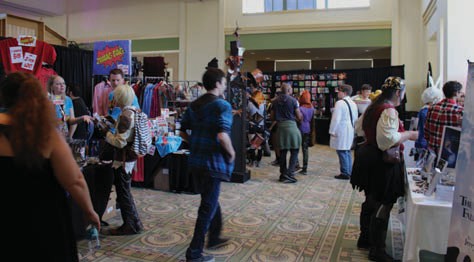 Strolling through the convention center you never know who or what you would run into next. Photos by David Ross

hundreds of people flooded out onto the grounds and the adjacent Grape Day Park. The event was assisted by the extremely salubrious weather. 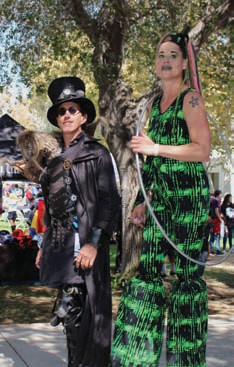 cosplay, video games and anime came to the California Center for the Arts for a one-day convention of nerds. The second year spanned three days, and for many attendees it was 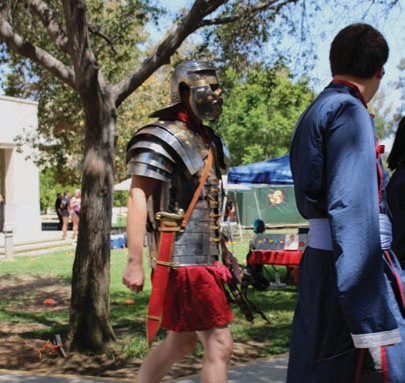 like a more manageable Comicon, an event where you could see just about everything in a couple of days.

Costumes! Oh there were costumes everywhere that the eye wandered. Costumes from comics,

science fiction, fantasy, or any genre where it’s appropriate to dress up—and many where it’s not!

There were, in fact, many panels and programs on Cosplay, which may be a new 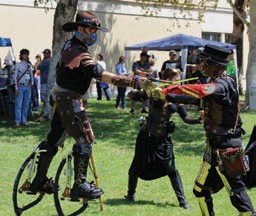 We predict flat tires for this bicycle, tricycle, unicycle?

term for some people. Basically it means having fun in costumes, often with a theme, such as Doctor Who, cartoons, and anime, not to mention Star Wars and Star Trek. There 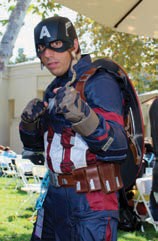 was an extremely intimidating villain Kylo Ren striding about, posing for photos and looking evil. 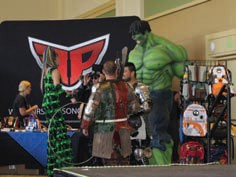 Posing for photos is a big thing for the Cosplay crowd. You did not see camera shy individuals in this crowd. Everyone in costume was always 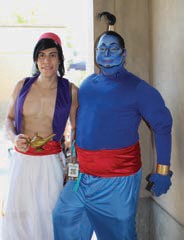 It is never a problem to get a participant of Nerd Con to pose for a photo.

willing to stop for a moment and pose for a photo.

Not to mention pose for the crew filming a documentary about the con.

Next year, who knows how big this baby will grow!