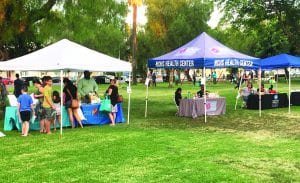 Families were able to pick up valuable materials at the various tents that were set up around Grape Day Park.

National Night Out, which was held the first Tuesday of August (the 1st) in Grape Day Park during the later afternoon, was very well attended, according to Escondido Police Dept. spokesman Lt. Justin Murphy.

“Looks like we estimated between 500-1000 people attended the event over the course of the entire night,” Murphy said. Four hundred and fifty hot dogs were cooked and handed out by Target volunteers.  Police officers and a dispatcher did a dance-off competition with the kids. 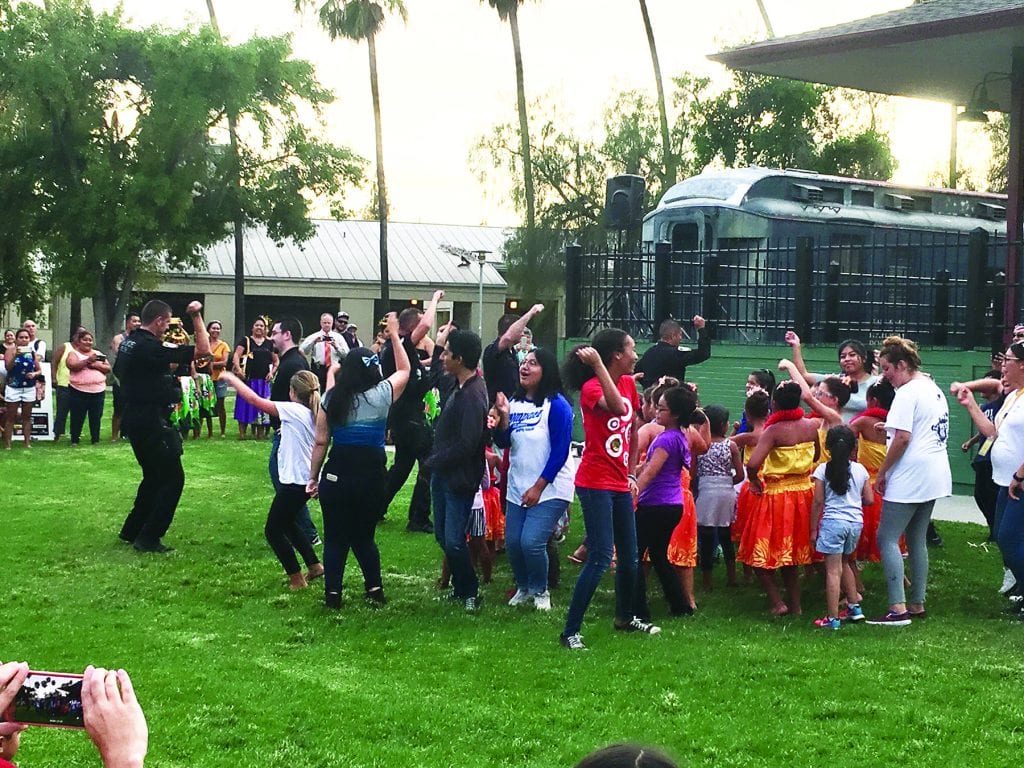 Kids and Cops shake it at the dance off near the Santa Fe Station. 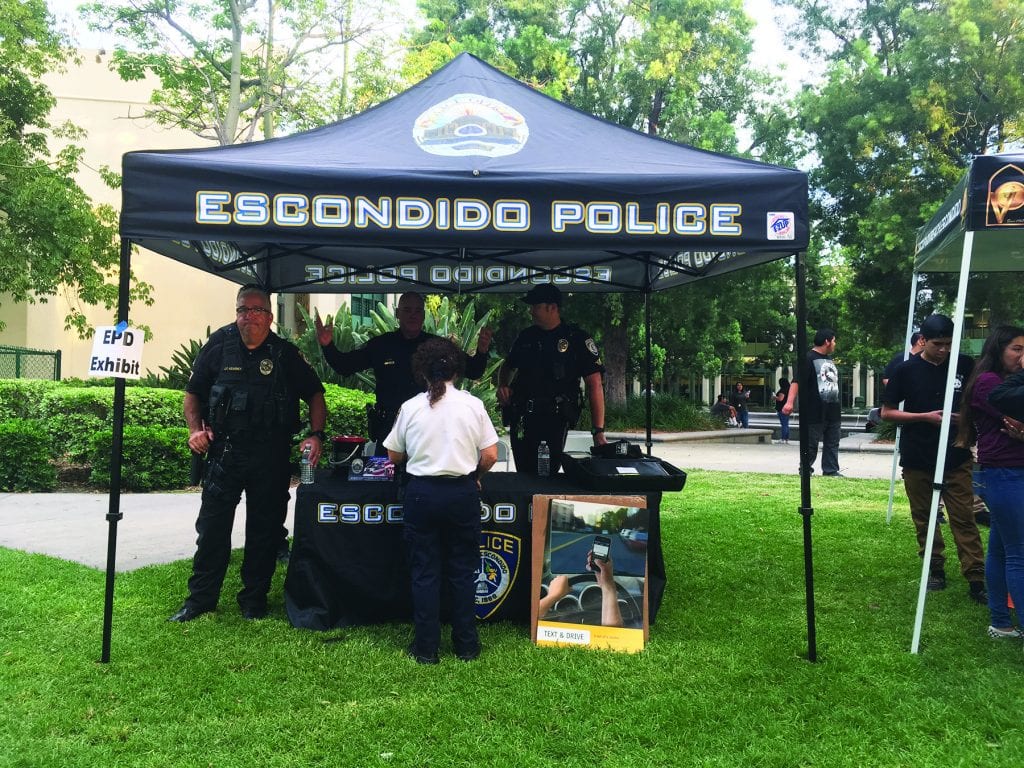 The EPD’s exhibit at National Night Out last week.

One response to ““National Night Out” well attended”