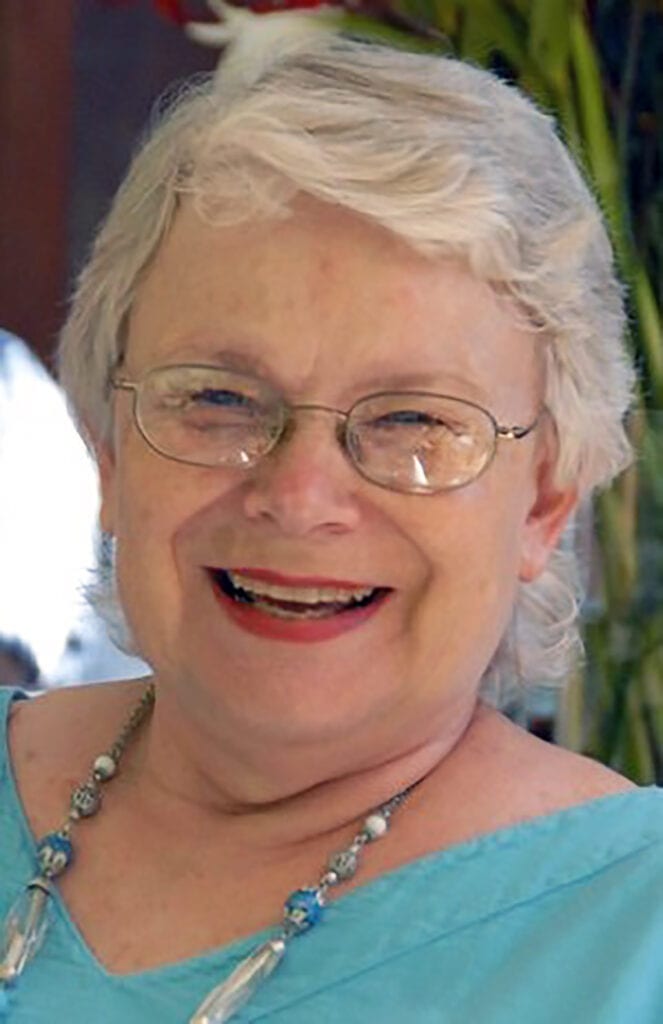 Beloved wife and mother Nancy Ruth Skuba, 81, of Palm Desert, California, passed away peacefully on February 23, 2021.  As an only child, Nancy was born to parents Bill and Lela Michl on July 14, 1939 in Huntington Park, CA.

She attended St. Matthias Catholic Elementary School and Huntington Park High School where she met her husband, Alan Skuba, during their freshman year.  The couple married over 62 years ago in Salinas on August 16, 1958

In her youth, Nancy Michl was appointed a representative to Girls’ State Conference and awarded a Bank of America scholarship.  In her sophomore year of high school she was stricken with tuberculosis and had to spend nine months in a TB sanatorium.  She had most of one lung removed but was still able to graduate on time and with honors.  The courtship with her future husband that had begun some two years earlier was also never interrupted.

In addition to being a homemaker and raising four children, Mrs. Skuba served as an integral part in helping her husband run his various businesses.  Later in life, intrigued with clowning, she became a certified professional clown and performed at Nordstrom, children’s parties and other events.  She also explored another avenue, medical transcription.  While she ultimately never worked in the field, she completed courses in the early 1990s and received certification.

Mrs. Skuba learned piano as a young girl and played sporadically throughout most of her life.  She was a lifelong avid reader and enjoyed a wide variety of books.  Starting in the 1990s she developed an interest in the study and practice of meditation and read widely on that subject and others related to meditation practice.  She also participated in numerous meditation retreats.

Mrs. Skuba and her husband spent the majority of their lives in Escondido, where they raised their family and owned a number of businesses.

The family suggests contributions be made to Pine House for Handicapped Children, El Cajon, California. ( www.guidinghands.org/houses )