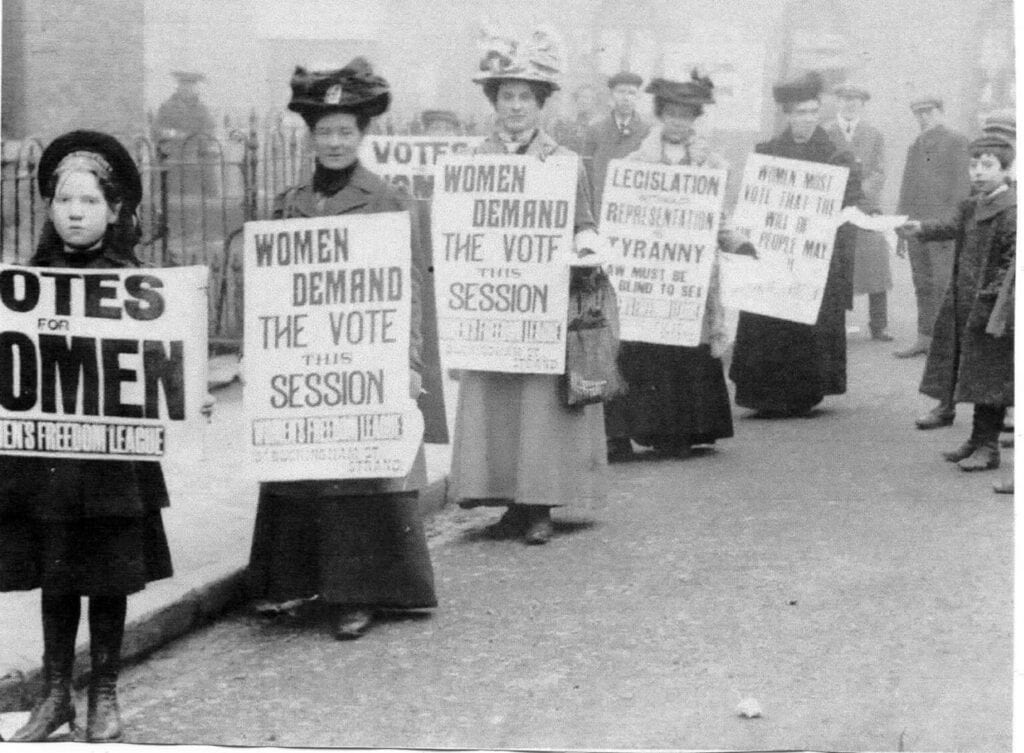 Women protest for the right to vote, early 1900s.

To mark the 100th anniversary of the milestone law that gave women the right to vote, two organizations are recognizing local women who were trailblazers and whose accomplishments have continued to inspire the life of others.

Forced to abandon a public event due to the pandemic, the Valley Center History Museum and Friends of the Valley Center Library are instead publicizing the names of local women who live or have lived in Valley Center and Pauma Valley.  The original audio-visual program, titled “Remarkable Local Women,” would have celebrated passage of the 19th Amendment which was ratified on August 20, 1920, and signed into law on August 26.

More than 20 local women were to be spotlighted, among them pioneer civil rights attorney Ida Mae Adams who successfully argued before Congress in 1924 to grant full citizenship to America’s indigenous people; mathematician Kathryn Thuleen who was among the elite group of young female scientists known as “human computers” who helped NASA launch America into the exploration of space; and Elizabeth Jane Wimmer whose correct identification of the first gold nugget resulted in the California Gold Rush of 1848 and who is officially recognized as the co-discoverer of California gold.

Other notable local women include aviatrix Mary Pearson whose cross-country flights and other aviation achievements are recognized with a granite plaque at a memorial park along with such aviation pioneers as Amelia Earhart and the Wright brothers; psychiatrist  Elisabeth Kubler-Ross whose medical findings and research have been recognized with 19 honorary degrees; and a woman known only as Mrs. Brubaker who was a stagecoach driver in a male-dominated field at the turn of the century.

And then there is Agnes White, the cooking icon better known by the fictional name Betty Crocker who was named by Fortune magazine in 1945 as “the second best-known woman in the United States.”  In first place was First Lady Eleanor Roosevelt.