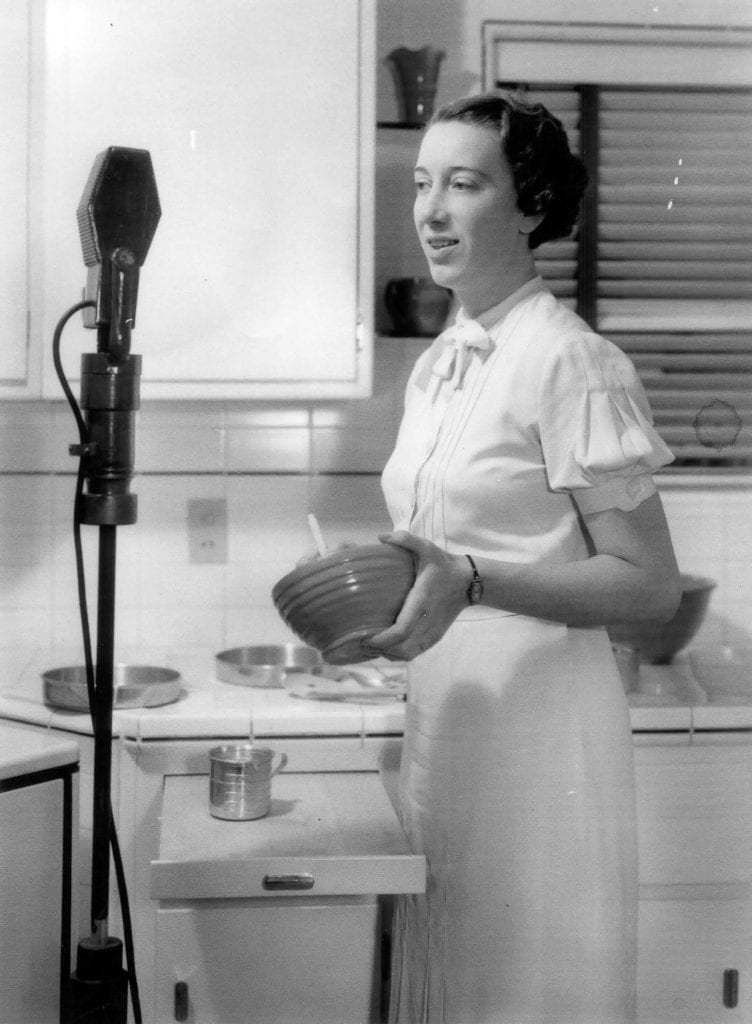 Agnes White as Betty Crocker in a publicity photo circa 1940.

There will be no cake or brownies on October 2 when the Valley Center History Museum starts celebrating the 95th anniversary of the public debut of “Betty Crocker” who, in real life, was a Valley Center home economist and nutrition consultant.

On that date in 1924, Agnes White sat behind a microphone and, for the first time, gave voice to a fictitious name that had been created three years earlier.

The nation’s first cooking show, “The Betty Crocker School of the Air,” was initially broadcast on one station but soon aired nationwide on NBC.  The museum has the only known recording of Agnes White from a 1936 radio broadcast along with a copy of the script from the 1924 debut radio program.

The museum’s popular permanent exhibition on Betty Crocker will grow to include vintage cookbooks, hand-written recipes, photos, and memorabilia collected by Agnes until her death in 1979 at her Valley Center home on Miller Road.  A marker identifying the Victorian-era house as a “Site of Historic Interest” was recently placed on the property by the Valley Center Historical Society.

Agnes White, who died at age 84, is buried at Valley Center Cemetery along with her husband, mining engineer William Tizard, who died two years later at age 85.