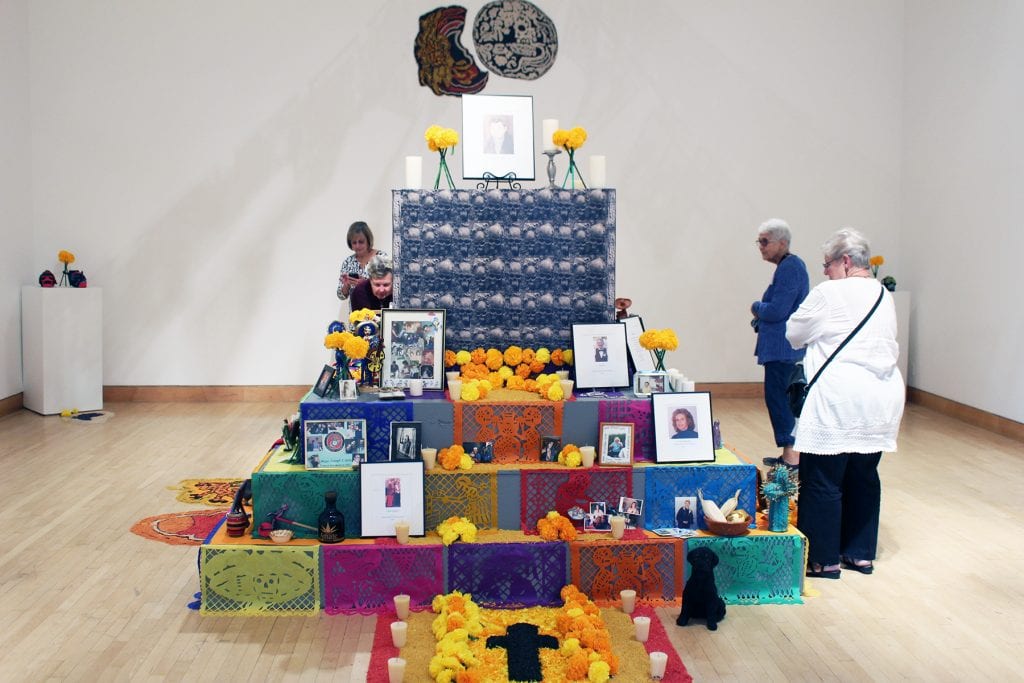 An exhibit of Day of the Dead art placed to honor beloved relatives. An ofrenda (meaning “offering” or “altar”), is an essential part of the annual and traditional Mexican Día de los Muertos (Day of the Dead) celebrations.

Friday afternoon the California Center for the Arts celebrated the opening of its 25th anniversary exhibit museum exhibit that includes ephemera and photos from throughout the Center’s history as well as its annual Día de los Muertos altar.

The festivities, which were attended by Center members and guests, included food prepared by the Center’s culinary staff and which included crab cakes, mango ceviche, pasta and other delicacies. 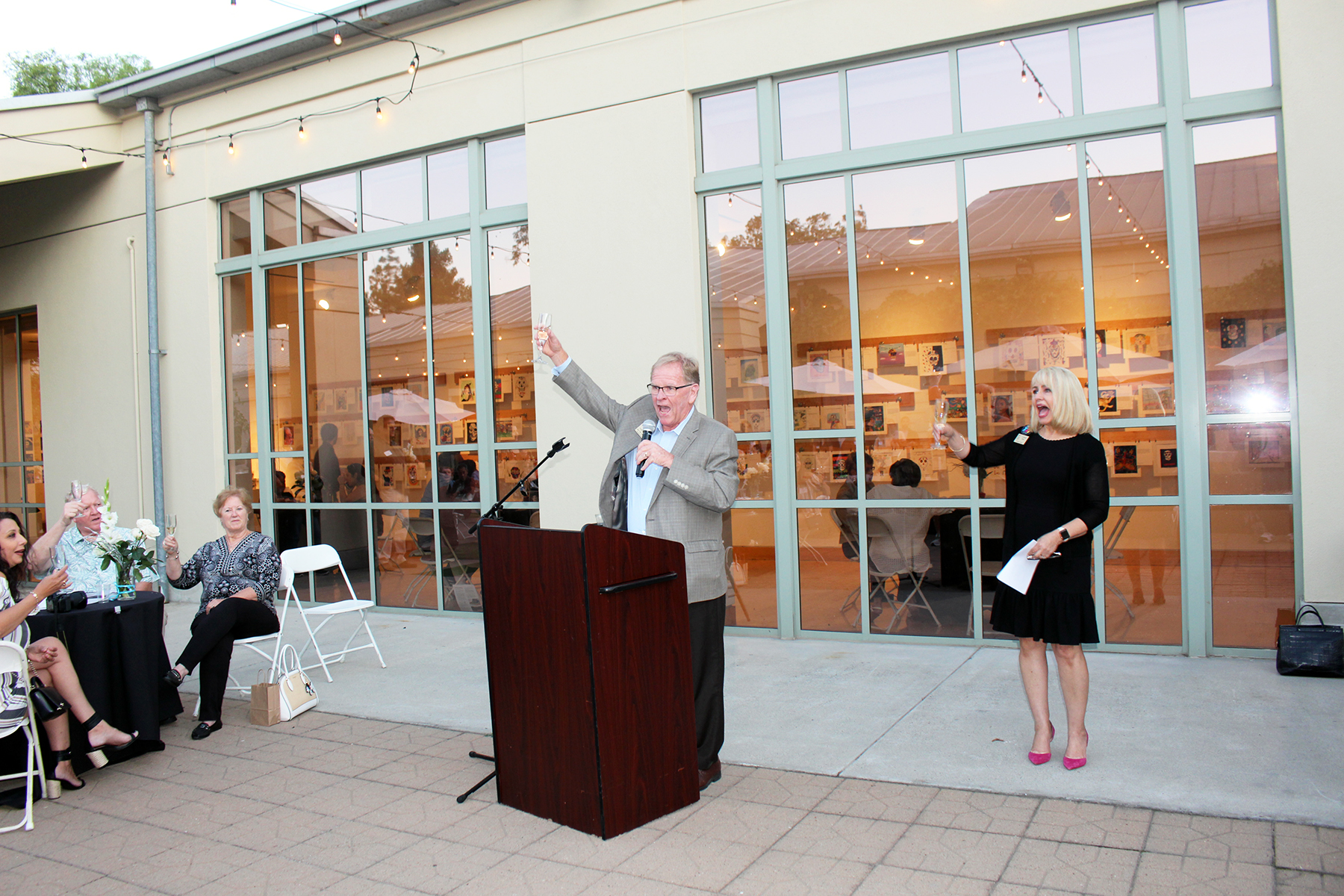 Jerry Van Leeuwen, executive director of the Center and Cynthia Weir, board president, Friday evening raise a glass in toast to the Center’s 25th anniversary season. 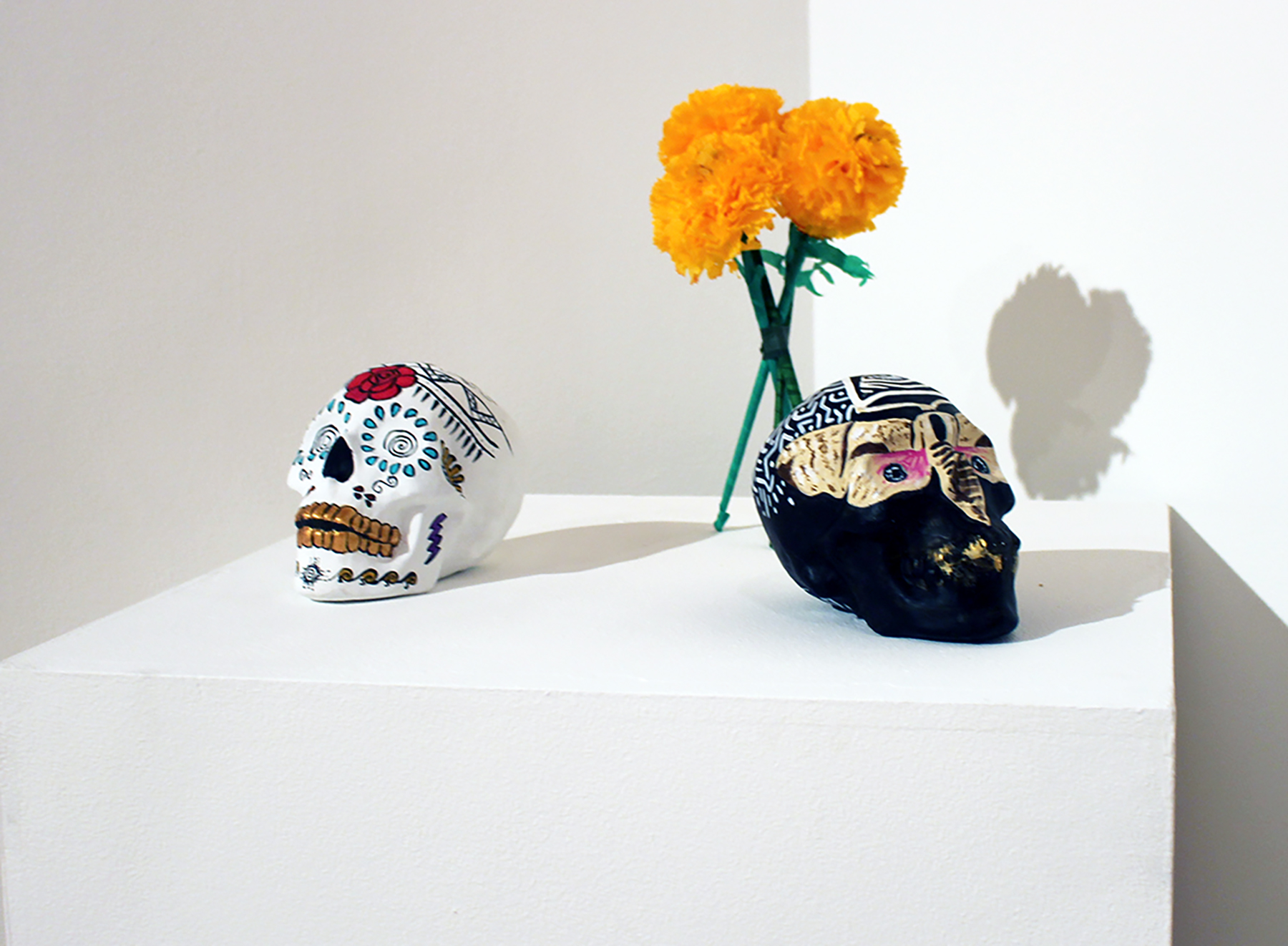 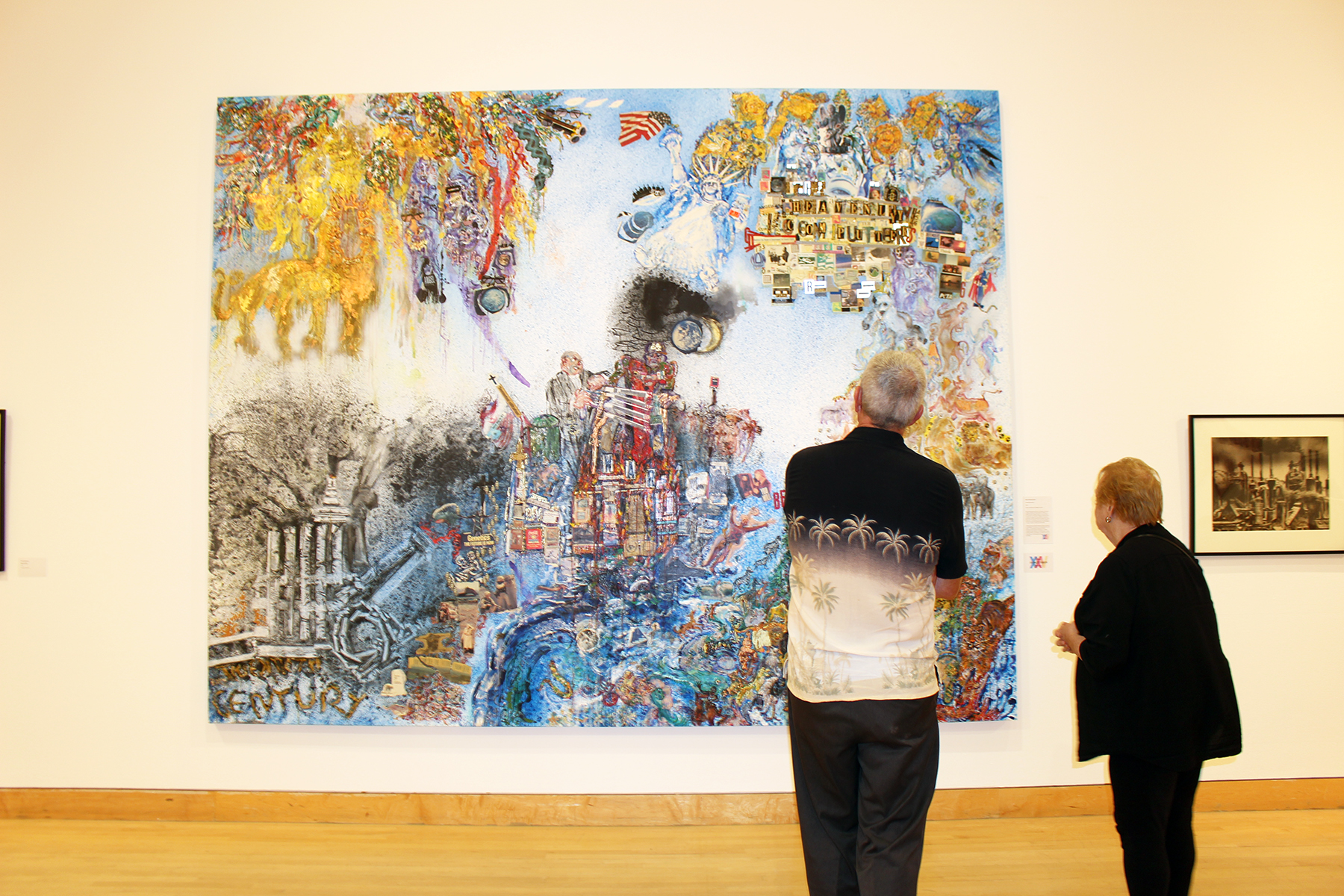 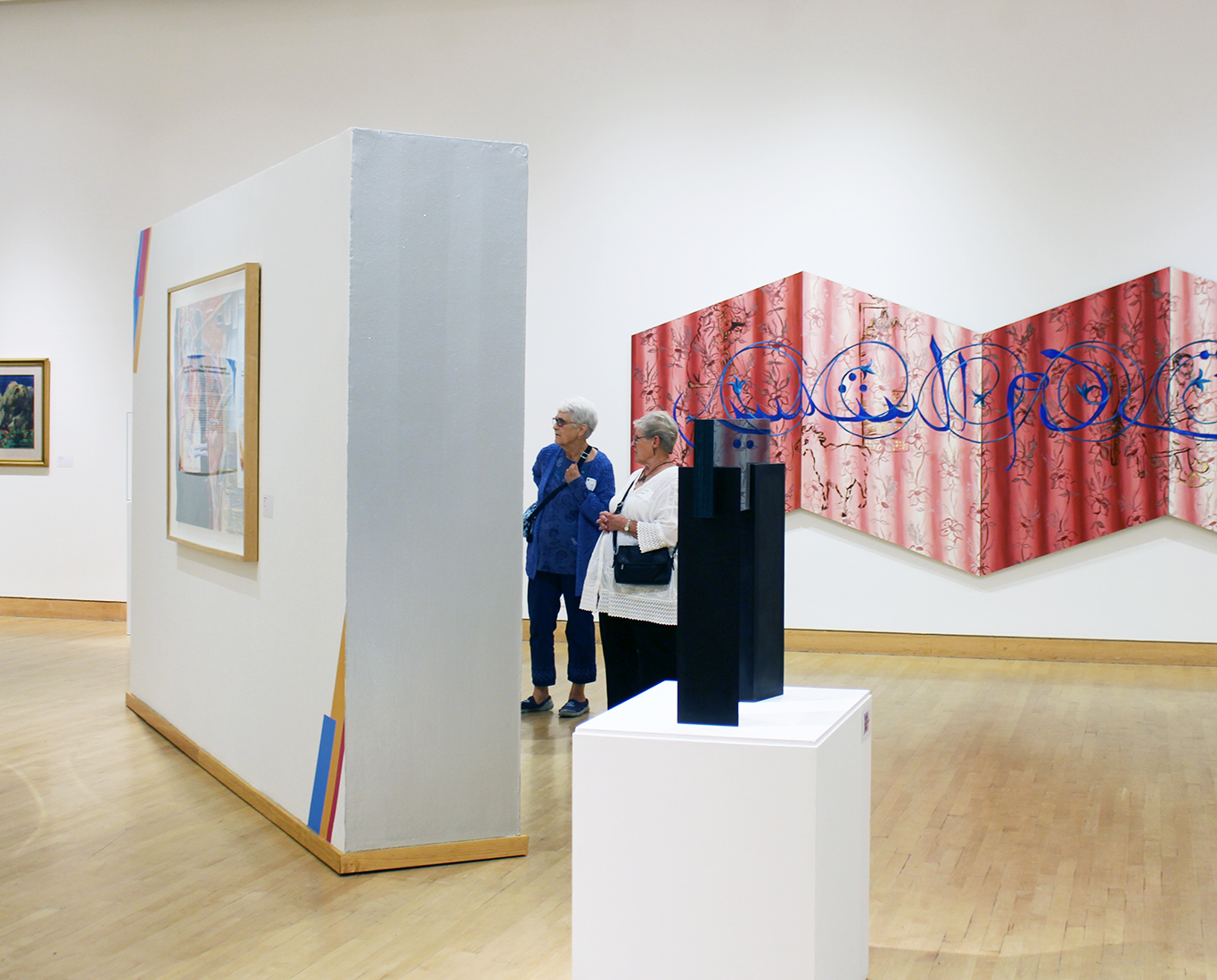 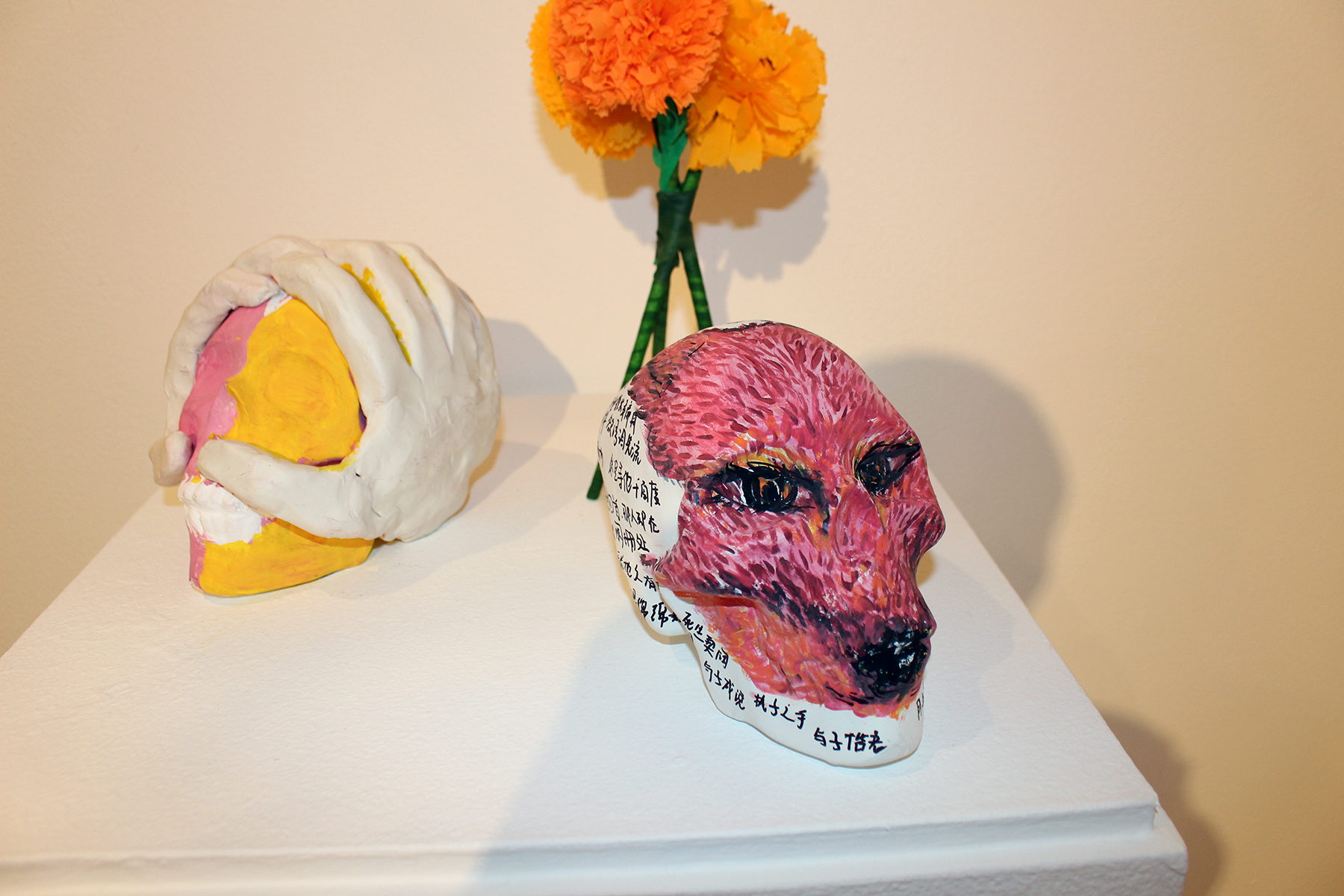 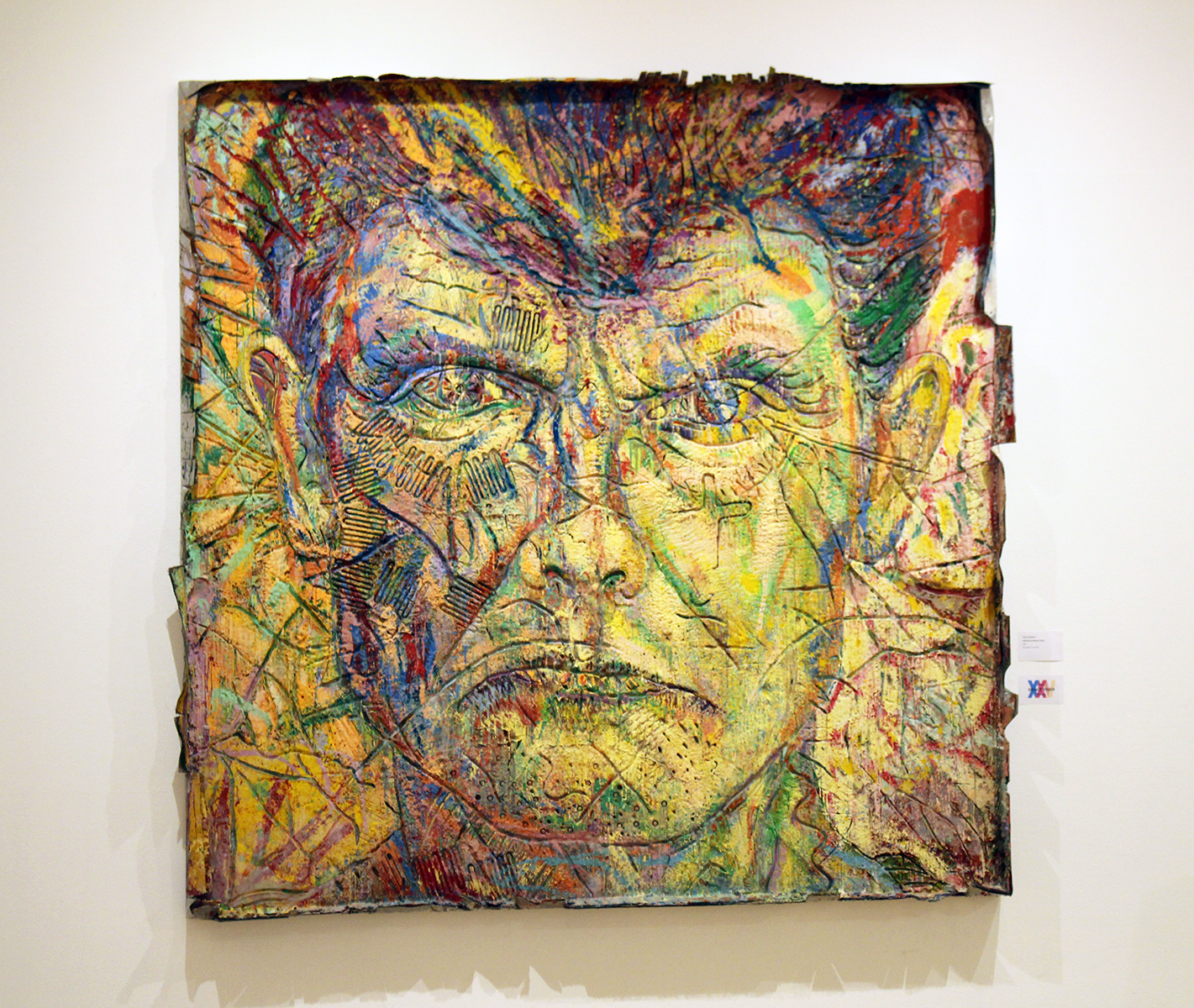