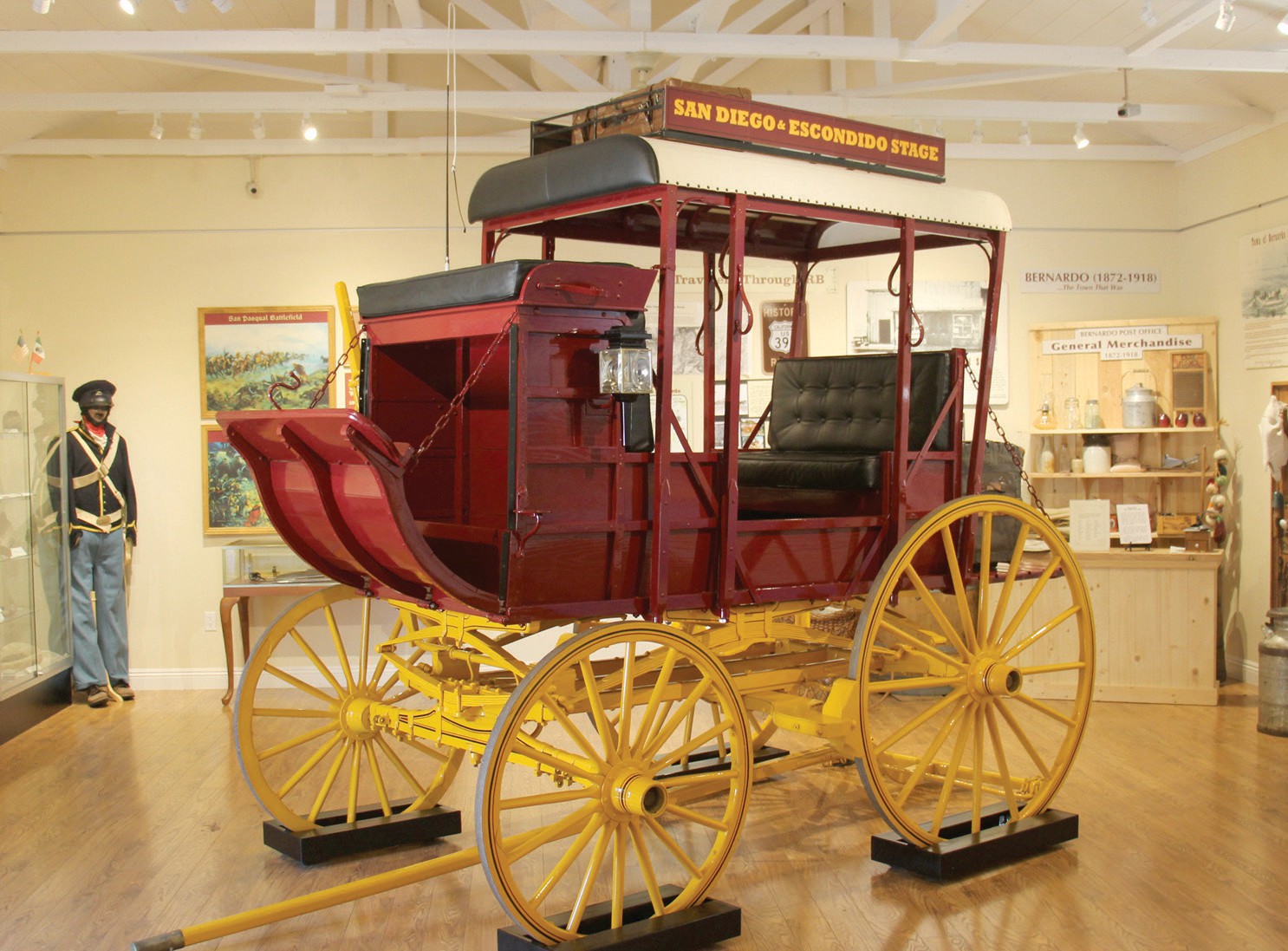 Today we often compliment the proud owner of a new car on his “nice ride.” Saturday, you will be able to see what people in the late 1800s considered a “nice ride,” when a replica of a “mud wagon” will be part of the Jaycees Christmas Parade (see story front page.)

The “mud wagon” replica is authentic in every detail, and even has some original parts, such as springs, the fifth wheel and axle. The rest were fabricated by a crew headed by the Escondido History Center’s resident blacksmith Phil Ewing, a 78-year-old who has been plying his profession for many, many years.

Apparently, it is not uncommon for museums in this area to have stage coaches and other wagons that they think, wrongly, are the real thing. Ewing recognized a bogus wagon recently when he was contacted by a group from the Bernardo Museum at the Bernardo Winery. They had purchased what they thought was a stage coach that turned out to be a movie prop that had been built onto a delivery wagon’s running gear.

“I told them I had a set of springs from a wagon at the barn [in the Center],” said Ewing. Joined by the crew from Bernardo and some local experts, they restored the original running gear, added some roller bearings and built new wheels and a brake system that was in line with the type of wagon.

A “mud wagon” is the nickname for a stage coach that had no doors. Presumably the passengers in such a conveyance would get splashed by mud regularly during the wet times and collect their share of dust during the dry ones.

The mud wagon was a very common sort of wagon in Southern California during the latter part of the 19th century. You can see a variety of such wagons at museums around the county, some are replicas, some of them are authentic. The Museum of San Diego History, for example, has the Concord Coach, which is a heavy coach. Others have light wagons.

“Several museums have movie prop stagecoaches and don’t know it,” said Ewing. He knows how to tell the difference.

The “mud coach” replica will be at the Escondido History Center this week leading up to the parade and perhaps several days after, before returning to the Bernardo History Museum. Ewing will ride in the wagon during the parade, up on top, helping to drive the horses, a team of Percheron draft horses.

The work on the replica was done by several local wainwrights such as Paul Page, from Escondido. If you’d like to see an authentic blacksmith at work, Ewing and his compatriots are there every Saturday from about 8 a.m.–noon.

They have several ongoing projects. “We are at the first point of building a station wagon or a rockaway, an owner operated vehicle, one of the finer carriages, a fine carriage,” Ewing told The Times-Advocate. “It will be an interesting project. We will bring in some woodworkers, and do some beveled glass. It’s going to be a good project.”

He added, “It’s not noticed that much by the public, but we do stay busy.” Some of their projects, such as a so-called “popcorn wagon” and a Glen Falls Surrey, built in New York originally, will stay at the Center.