Moving from the Natural to the Supernatural 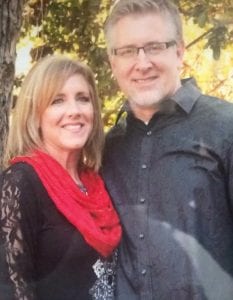 If there is a common theme throughout the Bible, it could be summed up this way: “My ways are higher than your ways and My thoughts than your thoughts” (Isaiah 55:9, NKJV).  Scripture is filled with stories of God’s intervention in the affairs of men and women.  God moves miraculously in a person’s life to display His power and to show us what our faith in Him can do.

Jesus often did things His disciples didn’t understand.  John chapter 4 tells the story of a Samaritan woman who went out to draw water at Jacob’s well (see V.5-42).  She went at a time of day where she would not have to endure the criticism of other women due to the “reputation” she had among the townspeople.  The disciples had gone to buy food and when they returned, Jesus was talking with this woman of questionable repute.

The disciples knew this might run the risk of damaging Jesus’s reputation as a Rabbi.  But He didn’t concern Himself with what man thought, He went where the Father sent Him.  Jesus spoke to her prophetically and revealed His identity to her.  He didn’t condemn her, but gave her an opportunity to leave her chains of shame behind and enter service with Him, bringing her village to meet the Messiah.

This was what Jesus came to do; enter the darkest corners of a person’s life and bring light and freedom.  This one moment and likely many others like it brought satisfaction to Jesus.  When His disciples later urged Him to eat, He told them, “I have food to eat of which you do not know…My food is to do the will of Him who sent Me, and to finish His work.” (John 4:32-34, NKJV).  Jesus taught His disciples the satisfaction of moving from the natural to the supernatural.

On another occasion, the disciples found themselves in the middle of a storm on the Sea of Galilee.  Even though Jesus was in the boat with them, He was asleep.  They naturally thought they would all drown and that Jesus must not care about them if He was allowing them to go through it.  When they awakened Him in fear, He showed them what it was to move from the natural to the supernatural. He spoke to the storm and commanded it to stop.  He said to them, “Why are you so fearful? How is it that you have no faith?” (Mark 4:40, NKJV).

I believe He was saying, in essence, “Don’t be afraid. When the storms of life come, you don’t have to just sit there and take whatever comes your way.  You can say to your storms, as I have tonight, ‘Peace, be still.  You, too, can move from the natural to the supernatural.’”

What storms of life are you enduring?

Are you in a financial need? Let worry and fear go; instead, sow a financial seed – an offering of faith to the Lord (see Luke 6:38). Speak blessing over your finances.

Have you been suffering from a health issue?  Believe God for your healing. Boldly declare, “By His stripes, I am healed” (1 Peter 2:24, NKJV).

Remember, “He cares for you” (1 Peter 5:7, NKJV).  God loves you and wants you to move from the natural to the supernatural.