Motorists line up for free steaks 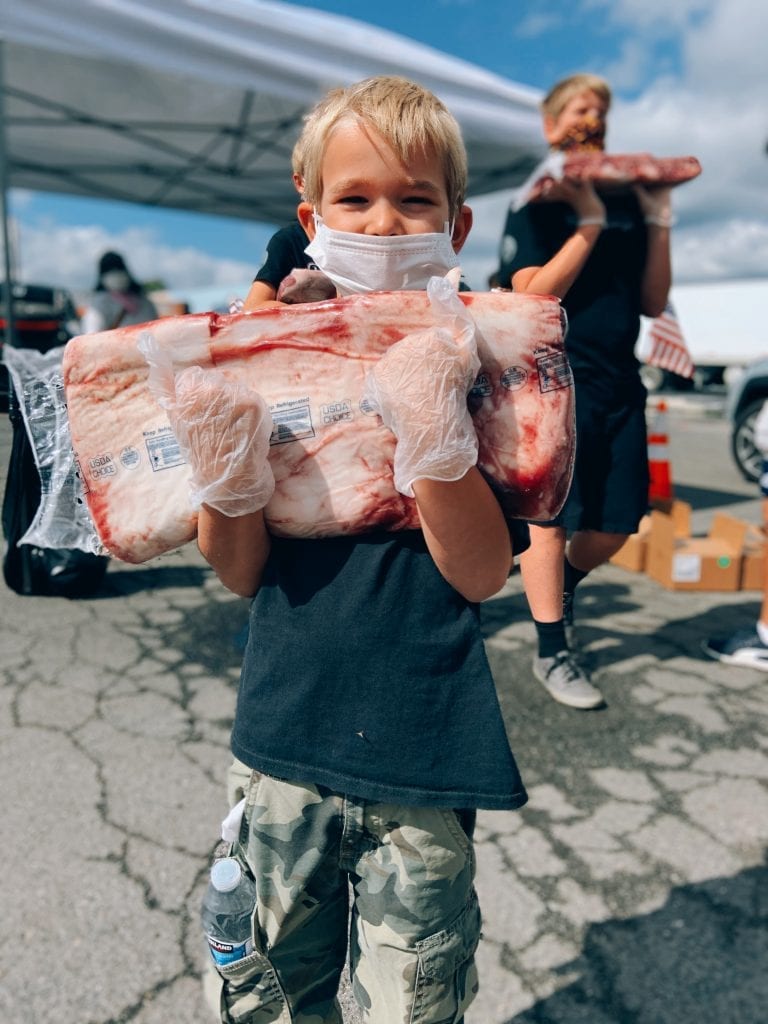 A youngster with a steak almost as big as he is!

The day before Easter cars were lined up in the parking lot of Kennedy’s Meat Company from early in the day until 5 p.m. for a giveaway of New York Strip steaks that ended up totaling 20,000 pounds of meat and jerky.

The giveaway was announced on Friday and cars started lining up at 5 a.m.

The giveaway was the idea of Chris Miller of Cantina Racing and Eric Brandt of Brandt Beer and Mark Mendoza, owner of Kennedy’s.

Cars started lining up at 5 a.m. and it was 6:30 p.m. that evening before everyone took off.

The effort was abetted by around two dozen volunteers and employees of the well-known Escondido meat company. Volunteers included customers of Kennedy’s such as Richie Cherkin, who showed up in the morning and stayed until evening, employees of Kennedy’s, friends, customers, cops and Miller’s team from Cantina. 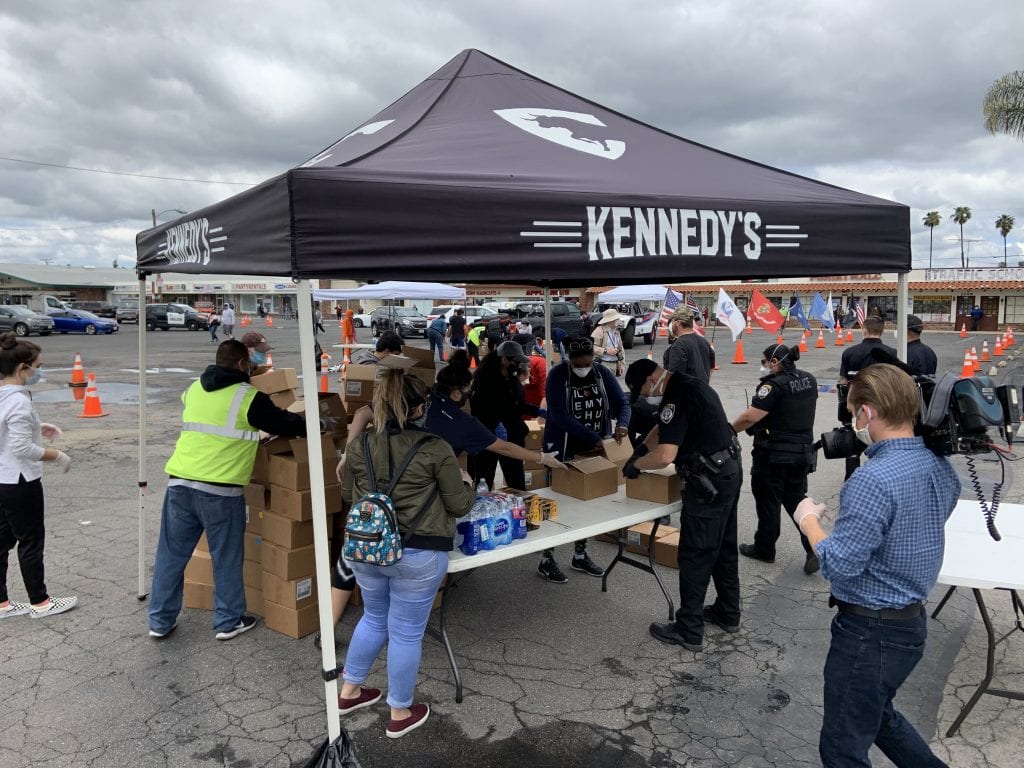 Volunteers helping with the steak giveaway at Kennedy’s Meat Company on Saturday.

Brandt said he had been moved by the food lines that he’s seen around the county and decided to do what he could to help alleviate hunger.

As Mendoza explained to The Times-Advocate: “Eric is from Brawley and his parents and my parents are friends. Chris is friends with Eric. “Chris wanted to do something kind and each decided to get a semitruck load of steaks. It provided some jobs for that day and also they wanted to bring it up and give it away to San Diego residents.

Both friends already shop at Kennedy’s. They posted what they wanted to do on Escondido Friends and, in Mendoza’s words, “It went crazy!” He added, “We got much more in attendance than we anticipated. I didn’t know that cops would have to block things off. But it was a beautiful cause by two generous kind men of San Diego.”

They estimated about 2,400 cars went through, but there were also about 400 people lined up. “It was such a last minute idea. I got a call on Friday. There was time. Yes, move! A lot of hands showed up. We put out the word to Orchard Community Church and Assad Saif, the pastor, brought a bunch of people,” said Mendoza. “It was such a community effort. Even Falvey Traffic School gave us traffic cones. People just stood up!” 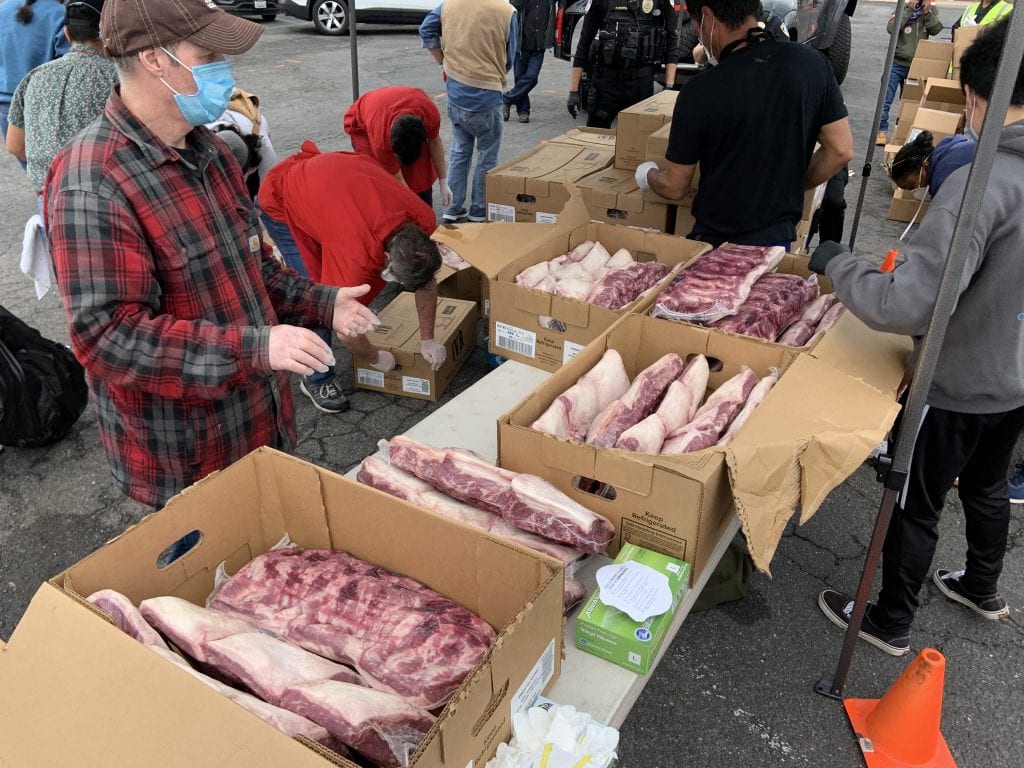 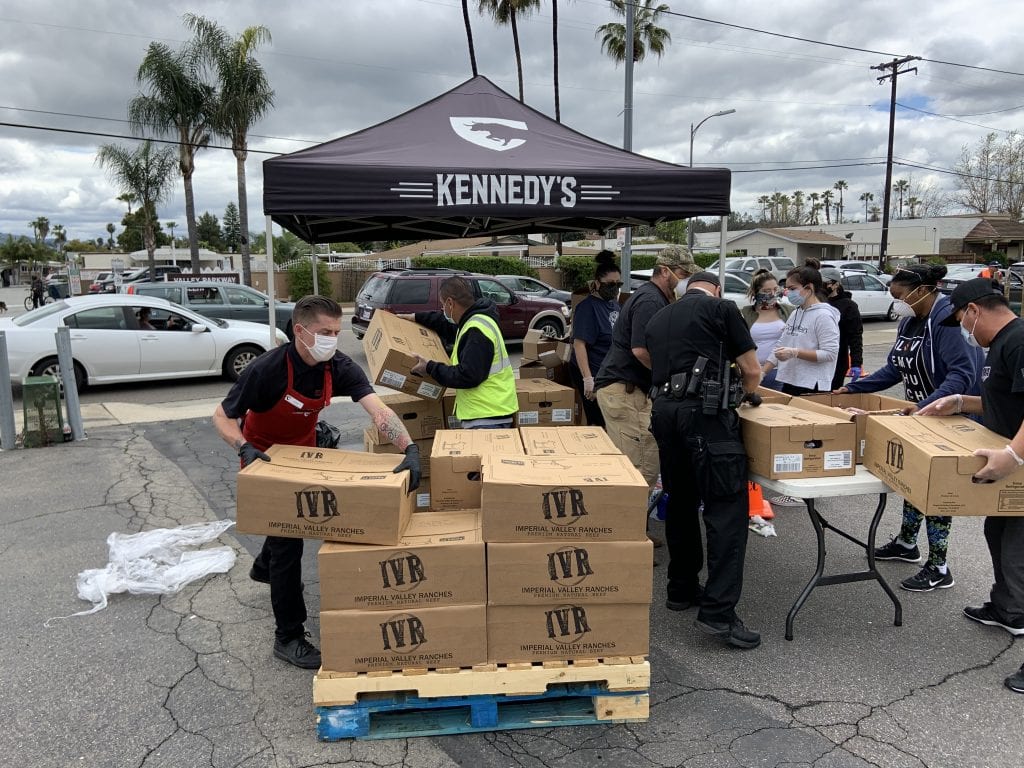 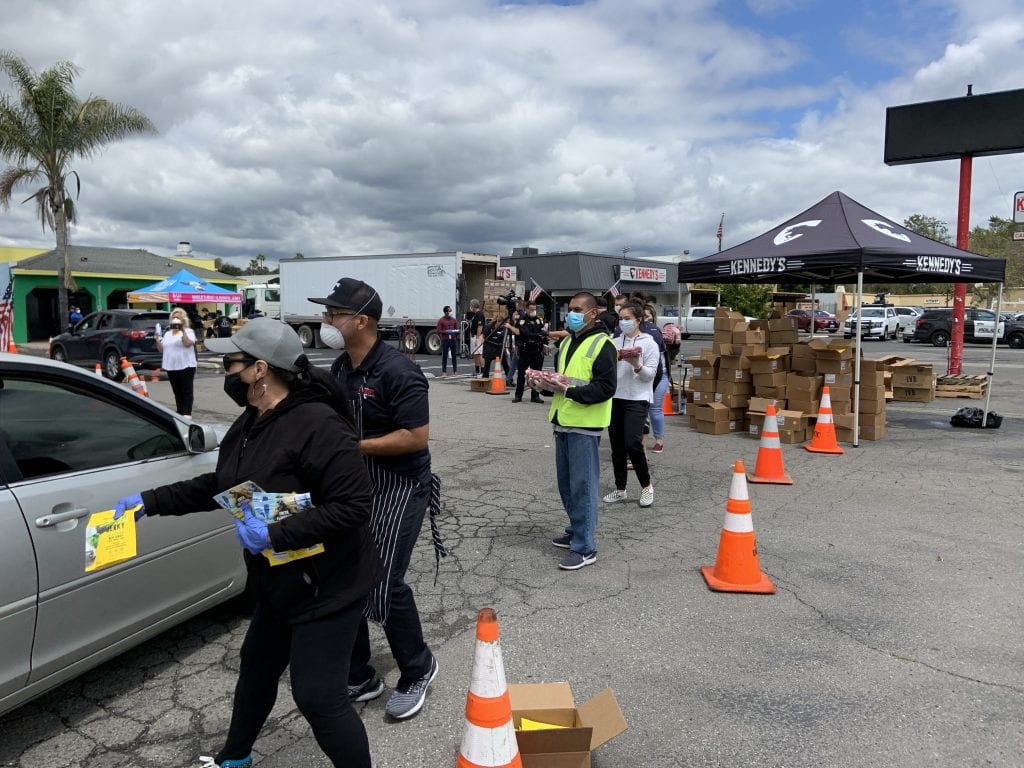 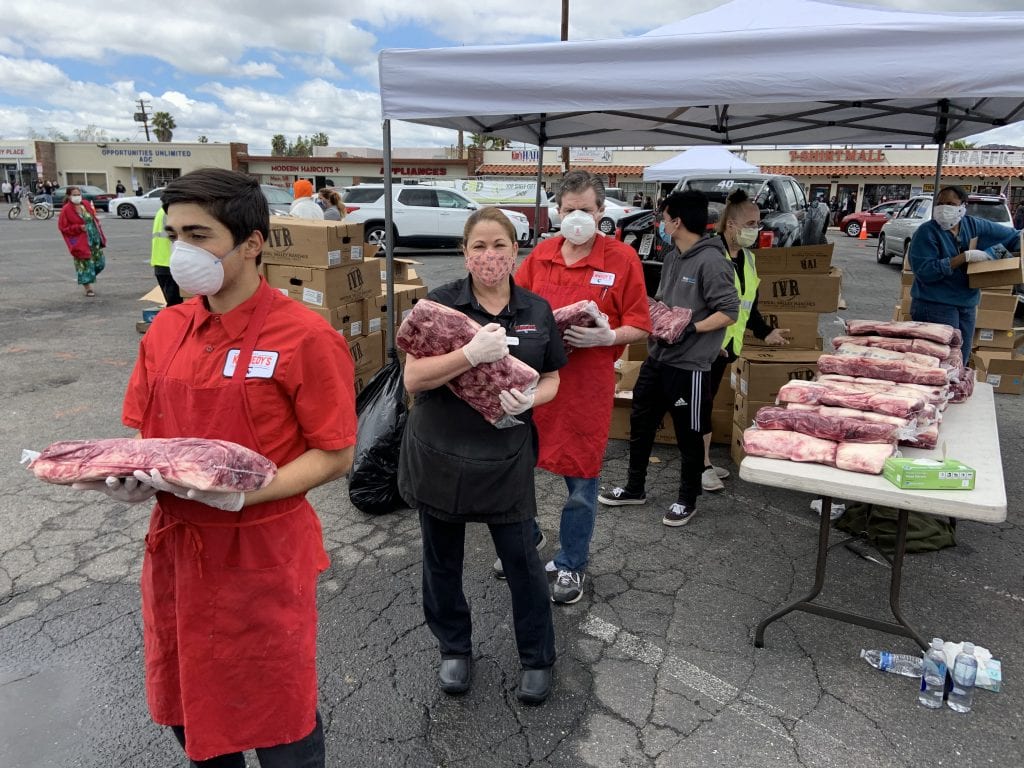