More snapshots from the laptop 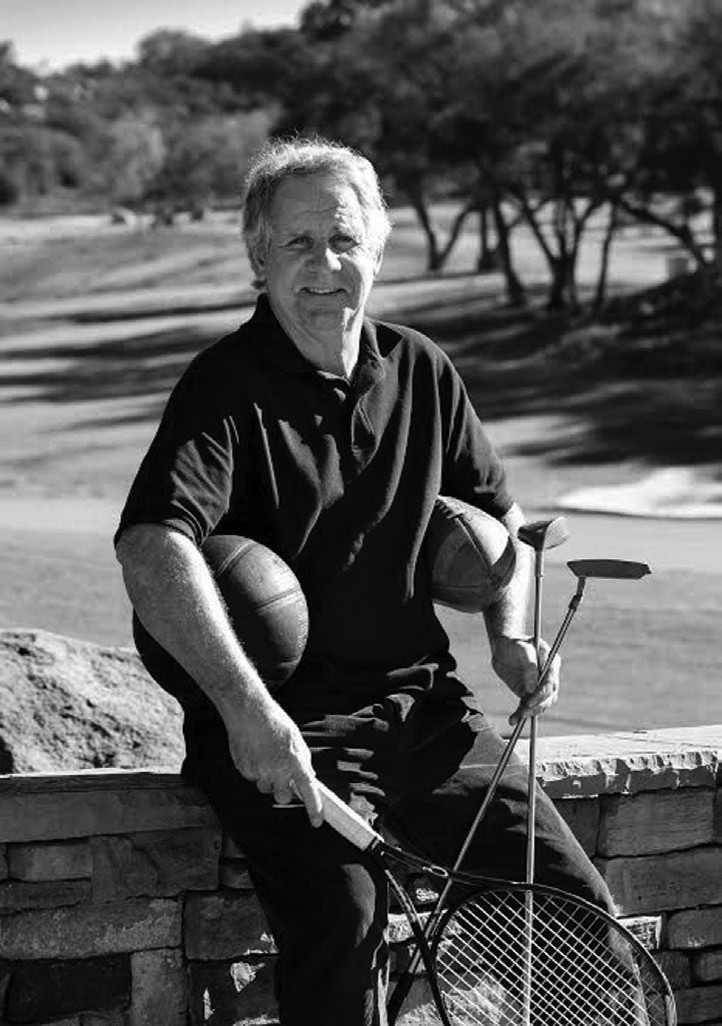 Now that a torrential rain that at times seemed worthy of the great flood has finally petered out, it’s time to adjust our focus and get back to what really matters, like the world of sports. Sorry President Trump, I meant no disrespect to the doings surrounding your inaugural.

We’re often told that the power-brokers of the NFL are some of the smartest dudes in the room but I’m beginning to have serious doubts about that. Why? Because the league is in the midst of a relocation crisis that is both shameful and inexcusable.

In just over a year’s time, three franchises have decided to pull up stakes, gut a city and move on to supposedly greener pastures. A league that for so long prided itself on stability has become like a banana republic where upheaval and change has become the order of the day.

First it was the St. Louis Rams who split to Los Angeles, then the San Diego Chargers also bolted to Smogsville and finally we have the most recent defection of the Oakland Raiders to Las Vegas. What’s next, the New England Patriots to Rancho Cucamonga? Yes, I jest but only slightly. This unprecedented shifting of teams borders on an absolute stupidity that totally disregards longstanding and deep-seeded community connections that should have never been severed.

We always figured that Commissioner Roger Goodell and his employers/cronies were all about the money but now we have concrete proof of it. The almighty buck is purely what drives them and with that as their prevailing mindset, there’s no place for history or sentiment. It’s all about the Benjamins baby and if loyal and devoted fans get hosed in the process, that’s just the way the pigskin bounces. It’s as if these magnates are thumbing their noses at the patrons, flipping them the bird and saying just deal with it because we don’t give a damn what you think.

The defections from San Diego and Oakland are particularly disturbing because these were two cornerstone franchises that deserved to stay put. Do I think the league and turncoat owners Dean Spanos and Mark Davis made every effort and went to the max to try and remain? Not by a long shot. Yes, the cities mentioned above could have been more determined in trying to get new stadiums built but to make them the primary villains in these sorry tragedies is a joke. The real blame rests elsewhere and the NFL, Goodell, Spanos, and Davis will be forever stained and besmirched by the unnecessary pain, chaos and havoc that they have created. If they have any self-respect, they’ll find it increasingly difficult to look in the mirror.

One other key point related to this matter. Much of this devastation was set in motion when the boneheads of the NFL thought that L.A. could readily and immediately accommodate two teams, which was a profoundly dense viewpoint. Maybe sometime down the road that might make some sense but not right now. The league should have been wise enough to have allowed the Rams carte blanche for an extended period of time so as to reconnect with the local fan base and to reestablish its identity and brand. And it should have been made it abundantly clear that no other existing team would be allowed into that market. Only an expansion franchise would be a future option depending on the manner in which L.A. responded to the Rams. Had the league invoked such a restriction, a carpetbagger like Spanos would have been cut off at the knees and been forced to be more compromising when dealing with San Diego officials. Again, the shortsightedness of these supposedly astute and shrewd men of the NFL has proven to be next to breathtaking.

After a near six-month hiatus from tournament tennis, Roger Federer has wowed the crowds in Melbourne and added to his legend by thus far performing quite impressively in the reaching the semifinals of the Australian Open. With many insiders and perhaps not even Federer himself knowing what to expect, the Swiss maestro has been sublime on the court while defeating top 10 mainstays Tomas Berdych and Kei Nishikori. Fed’s five-set win over Nishikori was particularly riveting and now with heavy favorites Novak Djokovic and Andy Murray having been upset, the draw opens up for Roger make what suddenly has become a realistic run at the tile. Should he do so, it will rate as one year’s top sports stories.

With the Farmers Insurance Open getting underway this week, it would be nice if every once in a while golfer extraordinaire Rory McIlroy threw San Diego a bone and competed here at Torrey Pines. Because of his European connections and a schedule more geared to international play, it’s understandable why he can’t make this an annual stop but there’s no reason why the star from Northern Ireland can’t get by here every so often. Come on Rory, show the locals some love and let us see firsthand the prodigious talent that makes you one of the game’s greats.

Flavor of the moment

By torching and exposing Green Bay’s shaky defense in the NFC championship game, Atlanta quarterback Matt Ryan added to his notable resume by advancing to his first Super Bowl. But to truly be considered among the elite, Ryan must now help his team take home a Vince Lombardi Trophy. If he does that, the perception of him will justifiably and dramatically change.

And though he had a marvelous run in guiding his Packer team to eight straight victories, Aaron Rogers’s mediocre performance on Sunday, especially when the game was in doubt, should put the brakes to all this ridiculous, flavor-of-the-moment blather that says he must be seriously considered when discussing the greatest QB of all time. When I heard such drivel, I nearly fumbled the taco that I was about to ingest right into my lap. Yeah, Rogers is a marvelous talent, he can make some nonpareil throws and he appears to be a Hall-of-Fame lock. But though he might merit top-10 consideration, you’d be hard pressed to include him in any top-5 talk which includes the likes of Brady, Joe Montana, John Elway, and Peyton Manning.

Not the most valuable

Speaking of Brady, those pushing to see him named league MVP are misguided. To begin with, Brady played in only 12 games this year due a four-game suspension at the beginning of the season. So in essence he was only a 75% contributor while other candidates like Rogers, Ryan, Derek Carr, Dak Prescott and Ezekiel Elliott were basically there for the long haul. No doubt Brady put up some gaudy stats in a condensed time frame but it’s revealing that in the games he missed, the Pats more than survived, going 3-1. If you remove any of others mentioned above over a similar stretch, it can be compelling argued that the results would have been considerably worse. For example, once Carr went down late in the season with a broken fibula, the Raiders completely fell apart and overnight they went from contenders to less than pretenders. So Brady boosters — let’s get real here and cut it out. But should the press get caught up in the Pat mystique and vote him the award, it will amount to nothing more than a huge injustice.

Because of their struggles and inconsistency, the SDSU Aztecs (11-7) are in a precarious position when it comes to their postseason prospects. If Steve Fisher’s team is to make it to the Big Dance, it seems the only realistic avenue available will be by taking the Mountain West Conference Tournament which carries with it an automatic bid. Needless to say, going two years in a row without making the NCAAs will not make for a good look.

Without question, he is among the most successful and accomplished professionals to ever have spent some of his formative years in San Diego. And yet, even if you asked knowledgeable local sports fans to name some of the very best athletes to have come out of America’s Finest City, he most likely would never be mentioned. It is indeed unfortunate that someone as prolific, productive and consistent as was this man is too often forgotten by a place that should exalt and extol him as one of its own.

Some will say that his chosen profession worked to his disadvantage in terms of recognition and esteem but it’s not like he participated in some obscure pursuit. After all, we’re talking about one of the Big Four sports in North America.

So of whom do I write? Does the name Peter McNab ring a bell? Though a talented all-around athlete who played football, basketball and baseball at Point Loma High, McNab’s truest gift was found on the ice as a superb hockey player and he spent ages 14 thru 17 playing for various traveling teams in San Diego while honing his considerable skills.

Eventually, he was to star at Denver University which led to him to being drafted by the Buffalo Sabers. It wasn’t long before he was up with the big boys in the NHL where he would go on to enjoy an exemplary 15-year career. After a trade, McNab moved onto Boston where he was to experience his greatest success. As a member of some outstanding Bruin clubs, Pete would thrive as a 6-foot-3, point-producing center-man.

His knack for being able to light the lamp was undeniable as hit or bettered the 40-goal plateau twice while scoring 35 goals or more on four other occasions. And oh, how Pete could pass, as he continually found his teammates with accurate and spot-on feeds. Five times McNab tallied 40 assists or more. By the time he was ready to hang up his skates, the one-time San Diego resident had totaled a massive 813 points. Now that is some serious scoring.

So the next time you think of San Diego homegrown pro greats like Ted Williams, Marcus Allen, Bill Walton and Phil Mickelson, you’d better add McNab’s name to the list. He is more than worthy of such consideration.

Finally, I can give a hearty two thumbs up to the movies “Manchester by the Sea,” “La-La Land” and the poignant “Lion,” all worthwhile films that will move you. Do yourself a favor and check them out and get ready to be touched. Which got me to thinking. I wonder when the next great sports flick will make its way into the theaters? There have been some decent ones in the recent past but nothing close to being iconic. It’ll be interesting to see what this genre produces next.

Well, this brainstorming session needs to be put on pause so that will be a wrap for now. Time to take a breather, close down and pull the plug. This is laptop snapshots over and out.