Moonlight’s ‘Peter Pan’ is a kid and adult pleaser 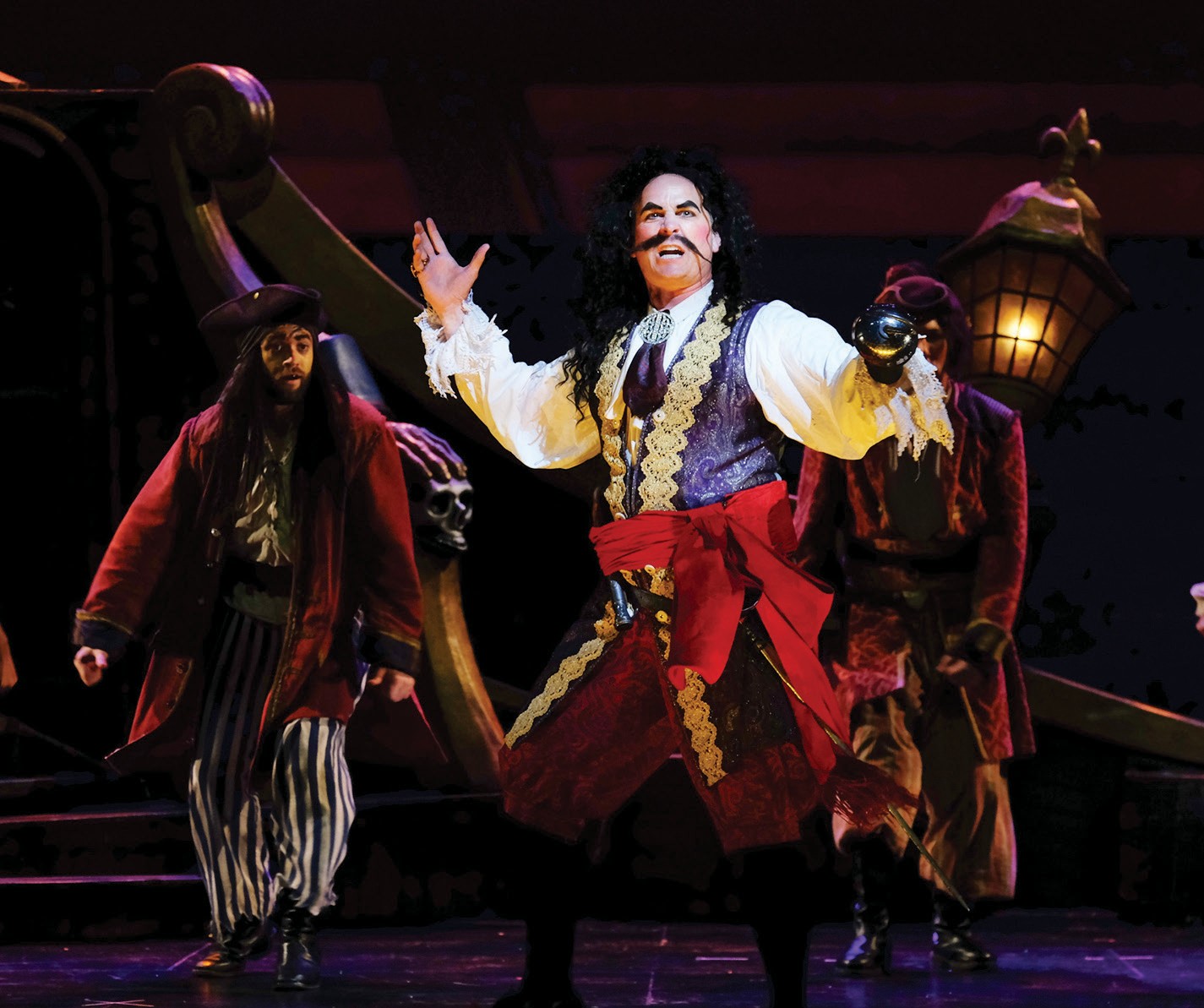 Robert J. Townsend as Captain Hook chews up the scenery in one of his villain­ous dance numbers. Photo by Ken Jacques Photography

Moonlight Stage Productions has produced a lavish and well-staged version of the timeless musical “Peter Pan” as part of its 36th Summer Season.

As always, Moonlight’s production is topnotch with a splendid orchestra and well- tuned cast, directed by Steven Glaudini. The songs, dance and production values will make you smile throughout.

The show’s energy flags a few times, but always picks up again. The star, Misty Cotton, is stellar at belting out the classic play’s signature tunes, such as “I won’t grow up” and “Never Land,” but she’s less convincing when she’s speaking the lines of the “boy who refuses to grow up.”

Peter lures the Darling children, Wendy and her little brothers, into flying with him to Neverland because he and his fellow lost boys are pining for a mother to take care of them.

Tiger Lily, played by Celeste Lanuza, is a great dancer, although she strikes me as perhaps a little too sexy for a kids musical melodrama.

Robert J. Townsend as Captain Hook (and Mr. Darling), is wonderfully villainous as he soaks up his well-deserved boos and hisses trying to lead his band of incom­petent pirates against Peter Pan and his lost boys, but just bumptious and stumbling enough so that the kiddies won’t be too scared of him.

The director skillfully manages the flying scenes as Pan capers through the air, crowing about his exploits and leading the Darling children into the air to follow him for adventures in Neverland.

Any problems that this critic has with the show, and they are minor, won’t be no­ticed by the little ones, who are sure to drink up this summer evening treat, which has so many goodies for children who love to think about how much fun they would have if the adults weren’t around.

Adults will also enjoy themselves as they relive what made them enjoy the show when they were small.