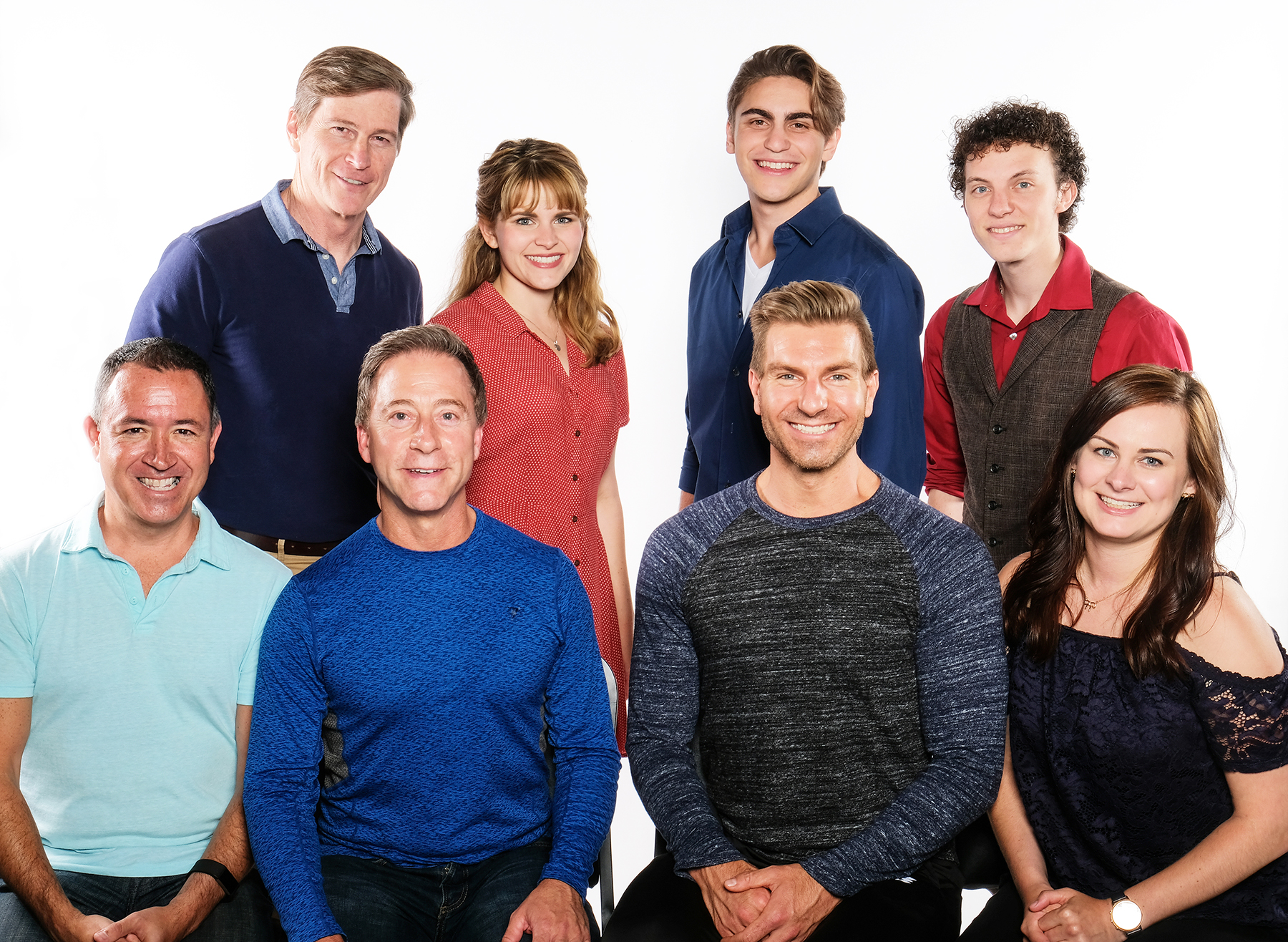 On the very day that the newsboy strike began on July 18, 1899, Moonlight Stage Productions will open its second show of its summer season, “Disney’s Newsies.” The San Diego Regional Premiere production will run July 18 – August 4 at the Moonlight Amphitheatre. This new American musical features a Tony Award-winning musical score by Academy Award-winning composer Alan Menken with lyrics by Jack Feldman, and a book by the Tony Award-winning Harvey Fierstein. Tickets range in price $17-$57 and are on sale now through VisTix at (760) 724-2110 and online at moonlightstage.com.

” ‘Disney’s Newsies’ is not your average family-friendly show,” noted Producing Artistic Director Steven Glaudini. “It’s based on a true historical event, the two-week newsboy strike of 1899 which began on the same date as our opening night. Combined with a powerful storyline, dazzling dance, and stirring music by the great Alan Menken, this musical celebrates actual historical events. We invite you to come cheer for the underdogs as they seize the day in this spectacular show.”

Moonlight’s production features a talented cast who have a mix of Broadway credits and regional theatre experience. Making his Moonlight debut as Jack Kelly, the leader of the newsboys, is Dillon Klena (2018 National Youth Arts’ Artist-of-the-Year attending California State University, Fullerton with numerous regional credits). In the role of Crutchie, a dedicated newsie, is Austyn Myers (Broadway and National Tour of “Les Misérables;” La Jolla Playhouse, Old Globe, Lambs, North Coast Rep among others). As Davey Jacobs, a leader of the newsboys, the Moonlight welcomes back Scott Arnold (“Sunset Boulevard,” “The Little Mermaid,” and “Titanic” at Moonlight; San Diego Musical Theatre, The Welk, among others.)

As Les Jacobs, the pint-sized newsie is Noah Baird (professional debut at age six at The Moonlight in “Fiddler on the Roof” in 2012; recent credits include: Broadway, Matilda; TV: “A Christmas Story Live!” on Fox. Katharine McDonough (“Frozen” at the Hyperion and credits at Musical Theatre West, the Norris Theatre, and La Mirada) returns to the Moonlight to play Katherine Plumber, the ambitious young reporter. She last appeared at the Moonlight in “All Shook Up” as Natalie Haller. As Joseph Pulitzer, the Moonlight welcomes back Hank Stratton (Moonlight: Professor Henry Higgins in “My Fair Lady” in 2014; Broadway’s “The Man Who Came to Dinner” with Nathan Lane, Royal Shakespeare Company, and numerous television roles) to portray Joseph Pulitzer, the pompous owner of The New York World. Shirley Johnston (The Witch in Moonlight’s “Big Fish;” Starlight Theatre, San Diego Comic Opera, San Diego Lyric Opera, Lamb’s Players Theatre, Coronado Playhouse, and the Broadway Theatre among others) will play Medda Larkin, the owner of NYC’s Bowery Theatre who provides refuge to the newsies.

The creative team bringing Newsies to life includes Director Larry Raben (Moonlight’s “Sunset Boulevard,” “Titanic,” and “Catch Me If You Can,”) Choreographer Karl Warden (Moonlight’s “Little Mermaid,” “The Addams Family,” “Big Fish,” and “Catch Me If You Can” – Craig Noel Award Winner); and Musical Director and Conductor Randi Ellen Rudolph (New York City-based with more than ten seasons at The Moonlight).

Set in New York City at the turn of the century, “Newsies” is the rousing tale of Jack Kelly, a charismatic newsboy and leader of a ragged band of teenaged ‘newsies,’ who dreams only of a better life far from the hardship of the streets. But when publishing titans Joseph Pulitzer and William Randolph Hearst raise distribution prices at the newsboys’ expense, Jack finds a cause to fight for and rallies newsies from across the city to strike for what’s right. Newsies is inspired by the real-life ‘Newsboy Strike of 1899,’ when newsboy Kid Blink led a band of orphan and runaway newsies on a two-week-long action against Pulitzer, Hearst and other powerful newspaper publishers The stage version introduces seven brand-new songs by the original team of Menken and Feldman, while keeping many of the beloved songs from the film, including ‘Carrying the Banner, ‘Seize the Day,’ ‘King of New York’ and ‘Santa Fe.’

“Newsies” is the second show of Moonlight Stage Productions’ 38th season. The company recently closed its opening show, “Mamma Mia!,” which became the theatre’s highest-grossing show in its history. Later this summer, look for “The Hunchback of Notre Dame” (August 15 – September 1, 2018), and Chicago (September 12 – 29, 2018).