On April 11th, 75 year old Doug Nicholson walked away from his residence in Vista. He was considered to be an at risk person because he has Alzheimer’s disease and did not take his prescribed medications when he left the residence. Mr. Nicholson had recently moved from Washington State to the Vista area to be closer to family. Mr. Nicholson may have been trying to return to Washington State.

Earlier today, Mr. Nicholson was located in Washington State unharmed. The details of how he made it to Washington are still being investigated. (The investigation is not a criminal investigation). He will be reunited with his family as soon as possible. This all the information we have at this time. 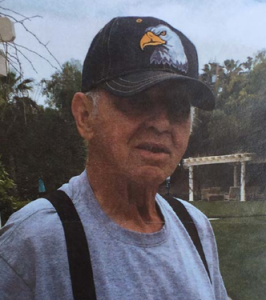 The Sheriff’s Department wants your help in finding a missing person at risk. 75-year-old Doug Nicholson was last seen just before 9:00 p.m. on Monday, April 10th in the 1800 block of Devon Place in Vista.

Nicholson has Alzheimer’s and does not have his medications with him. He was last seen wearing a baseball cap, navy blue shirt, plaid jacket, light blue pants with suspenders and carrying a grey backpack. Nicholson does not have a cell phone or means of transportation.

Nicholson had talked about going back home to Washington State, so he may be looking for a ride north through Orange and Los Angeles Counties and beyond.