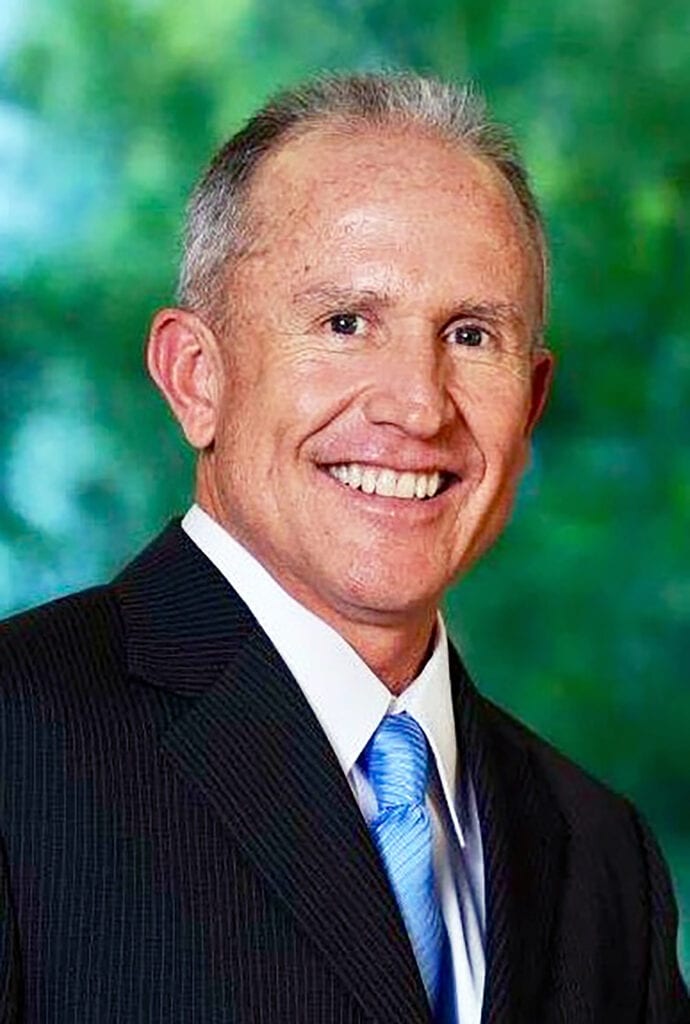 Mike Morasco, who has been on the Escondido City Council for ten years, is running for a fourth term, which he says will be his last if he wins reelection. He represents District 4.

He was first appointed to a two year term, and has run twice since.

Why is he running? “I’ve enjoyed the time I’ve had on the city council working with the other council members and with the city staff,” he told The Times-Advocate. “Most importantly, with the citizens of Escondido in my district I’ve had the chance to interact and bring to pass some good things as far as policies and progress for my city. I’m hoping to do that for one final term.”

A key issue this year, because of the effects of COVID-19, is the current worries and concerns over budgets and finances. “Everyone is aware of what has occurred with the Covid setbacks, and municipalities are affected just like everyone else,” he said. “We are going to have challenges financially and otherwise logistically dealing with the return to our previous levels of function of service and financial stability.”

He notes that the council has balanced the budget for the past decade. The “council of old,” he said, “would take funds from reserves to balance the budget. That got us down to $6 million, which was dangerously low.”

Morasco continued, “Our biggest issue is our pension debt, due to the mismanagement of the state PERS pension fund, primarily the lack of performance of the PERS investment portfolio.” He noted, “We are at an obligation of $130 million for the city. It changes. It’s a moving target. We try to put funds aside to offset that but the fact of the matter is that our pension obligations only continue to rise. That’s one reason why this recent revenue tax measure was being proposed; because the lion’s share was going to offset our pension liability.”

Morasco voted against the one cent sales tax increase proposal last month. “It was the wrong way of addressing it,” he said. “It wasn’t the right time because there are so many moving parts. Everything is so dynamic. Asking people for a tax increase at this time makes no sense. It was horrible timing because we are losing both the city manager and assistant city manager.”

He added, “We have a complete change of the leadership with the city and we don’t know who our leaders will be. We have the possibility of a completely new city council in November. That could change policy wise. The other reason I was against it, is that it wasn’t built on a coalition of having all the needed participants on board. It was a top down measure and not bottom up.”

Morasco thinks it would be wiser to bring it back two years from now, “building up with everyone participating. We could have the taxpayer association and Reform California and the Chamber all on board if we structure it appropriately and present it as a unified front,” he said.

Another objection he had to the proposed tax measure was it had no “sunset clause.” “It went from a half cent to one cent—which is something else that is negotiable but there was no exit date. There’s got to be a sunset clause. It can’t go on in perpetuity.”

Lastly, says Morasco, “The citizens need to know those funds will be used for pension debt and can’t be divorced from that.” In addition, he said,  “The ballot amount that was proposed, the city manager had already said $25 million was not enough. So the ballot language needs to be accurate and all-inclusive as to what the funds will be used for.”

Asked his thoughts about police funding, Morasco said, “I have absolutely no interest or desire to defund our police department. We have an excellent police department. Projecting other departments or actions of other officers onto our department and our wonderful men and women is ludicrous and makes no sense. We have phenomenal training  to give us the best unified police possible.”

Asked why voters in the 4th District should vote for him, and not his opponents, Morasco said, “I have a track record of success. I’m in favor of smaller government and not larger. I heavily support safety, police and fire—and throw into that public works with all the infrastructure and service needs we have in the city. That includes graffiti eradication, the gang task force, beautification and enhanced parks and recreational areas and doing it with prudent fiscal management.”

Asked what he is most proud of during his ten years on the council, Morasco said, “I think it is evident in the changes we have seen in the city. The city of Escondido is a magnet for social services and homelessness and we have an excellent program and extensive number of staff that work diligently to help diminish and eliminate the more serious homeless issues we have. We’ve seen a significant eradication of graffiti in Escondido. A significant reduction in local gangs. We’ve enhanced our police and fire departments to an optimal level. We’ve been extremely attentive to the wants and needs of citizens. That includes development of needed housing, infrastructure, and moving the city in the direction of sustainable growth and financial security.”

Asked about selecting a new city manager, Morasco observed, “The city council gets to hire two people, the city manager and city attorney. A lot of people think we have a strong mayoral form government, we don’t. It is essential to get the right personnel in management. As a city council member, we set policy as far as the direction the city is going. That’s key right now, because we are in the process of selecting a new city manager and may have to select a new city attorney. Those are key responsibilities.”

What is he looking for? “We want one who is experienced, who understands the importance of fiscal prudence and responsibility. We need a city manager who understands how to make adjustments in a down market—like we did in 2008. Someone who will lead and make appropriate recommendations to the council so we can get through this challenging time and take best care of these unfunded mandates we have to take care of. A great communicator who is ready, willing and able to implement at the staff level that philosophy we want. A service oriented philosophy to facilitate our citizens’ needs and our business needs.”

Morasco concluded: “I’ve lived in Escondido since 1967. I know the community. I’ve worked diligently for ten years on the council and for three elected terms on the high school board. I’m dedicated to service to the city. I’m always available and accessible. My address and phone number is out there. I respond to people and I feel I get things done. I’m a doer and I hope to be able to do that for four more years.”