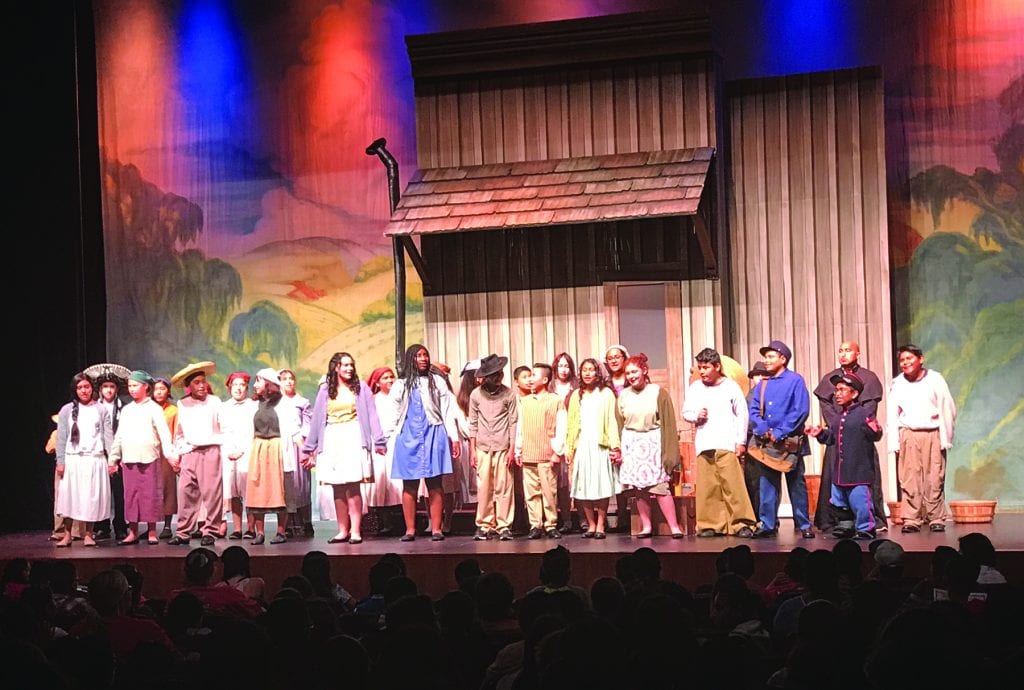 Project Teatro Misión, a program of Mission Middle School, presented two performances of the play “Esperanza Rising,” May 10 and May 11, at the California Center for the Arts, Escondido.
The play was written by Lynne Alvarez and based on the award-winning novel by Pam Muñoz Ryan. “Esperanza Rising” is the story of a wealthy young girl and her family who are forced to flee Mexico and rebuild their lives in the farm worker camps of California during the Great Depression. Both performances were directed by Lynne Broyles, owner and artistic director of Kids Theatre Network.
Founded in collaboration with Mission Middle School and the California Center for the Arts, Escondido, Teatro Misión is a youth theatre program that builds upon Mission’s award-winning video and visual arts programs. Project Teatro Misión was made possible by a $27,000 grant from the Escondido Charitable Foundation.
“We are delighted to present to the public the talents of our students in this first play of the Project Teatro Misión,” said Dr. Carlos Ulloa, principal of Mission Middle School.