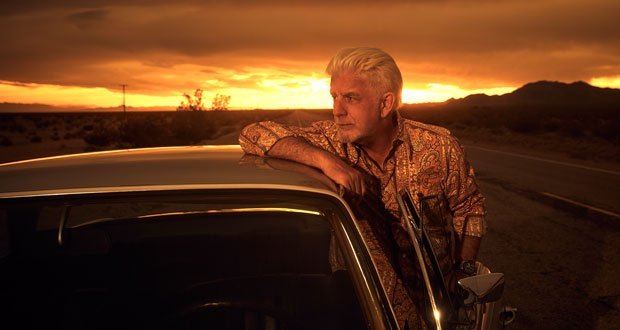 But you’ve reached an entirely different stratosphere when your talent and voice remain relevant for decades on end with nary a sign of deterioration. When, in baseball parlance, you haven’t lost anything off your fastball and you can still bring the heat. When your staying power and ability to sound forceful yet sublime appears almost limitless.

If you should happen to ascend to such an exalted pinnacle, you’ll find very few others occupying that same rarified landscape. But it’s a place where the supremely gifted singer/songwriter/artist Michael McDonald has long since established residence.

The 67-year-old McDonald has been around for what seems like eons but remarkably, he shows no signs of winding down. Yes, the beard and hair have morphed into a snow-white color but the penetrating blue eyes still cast the same commitment to entertain as when he was doing his thing with Steely Dan and then rocking out as member of the Doobie Brothers, before finally moving onto a wildly successful solo career. It certainly depends on your age but to countless thousands and yes, even millions of fans, McDonald has been an integral part to the soundtrack of their lives. To them, his singular, soulful and empathetic voice has become a welcomed friend and a treasured companion.

If anyone wondered if McDonald could still deliver the goods and rev up an audience, all they needed to do was to take in his October 8 performance that was held inside the Concert Hall at Escondido’s jewel of a venue, the California Center for the Arts.

It was there that for approximately 75 minutes, McDonald regaled, moved and enthralled what seemed to be a packed house. His appeal and the power of his music was virtually irresistible.

When Michael McDonald walked onto the stage, he did so without fanfare or bravado. He was dressed casually, wearing a brown vest and dark jeans. As he approached the keyboards from where he would display astounding musicianship and a deft touch, he had the look of an earnest workman ready to give his all and hold nothing back. You sensed in him a deep desire to give his audience an experience that would not only be rewarding, but one that perhaps many would remember for the rest of their lives. McDonald simply doesn’t have it in him to occasionally go through the motions or picks his spots. He is a conscientious artist who is fully invested in his craft from start to finish.

During the course of the night, the hits with which his name is so synonymous kept right on coming in a near continual stream of recognizable and memorable sound whether it had rock, R&B or jazz overtones. He spoke sparingly between just a few songs on such things as peace, his new album Wide Open and the need for the human race to make a concerted effort to come together. But for the most part, it was all about maintaining a musical flow that often had many in the crowd up on their feet, clapping rhythmically, swaying and dancing as well as passionately singing along.

One moment McDonald would be grooving to “Yah Mo B There” and then he’d smoothly transition into something like “I Keep Forgettin’” or “Sweet Freedom.” But that was just the beginning as he kept the good times rolling with waves of nostalgia that included such unmistakable tunes as “It Keeps You Runnin’,” “Real Love” and “Minute by Minute.” And just when you thought you’d heard it all, he’d drop a “What a Fool Believes” or a “Takin’ It to the Streets” bomb on you. To the spectators’ genuine delight, he simply never let up.

Backed by a terrific band that featured lead and bass guitarists, a drummer and one hellacious saxophone player, McDonald melded with them to form a formidable quintet that truly did rock the house. But fundamentally this was always McDonald’s show, whether he was jamming with his cohorts or simply doing a couple of moving and compelling stand-alone numbers.

After returning for an encore, he wrapped up his remarkable and spellbinding performance – one that was punctuated by a bevy of standing ovations – with a poignant rendition of “What the World Needs Now.” Moments later, after having accepted the much-deserved cheers and adulation of his appreciative audience, he exited stage right and was gone.

It took a while to fully grasp what one had just witnessed – you needed a bit of time to let it all sink in. But when you finally did, there was no denying the magic to which you had been exposed. A superb and incomparable singer/artist had not only lived up to his billing but somehow, he managed to even exceed expectations. Sounding as good as ever and bringing an energy that was palpable, McDonald had clearly enriched all those that came to hear him on that enchanted night.

Thankfully, for music fans of his generation and well beyond, McDonald remains a loomimg presence with a staying power that seems almost inexhaustible. From all appearances, Michael McDonald has the look of an icon who has no intention of leaving the scene anytime soon.