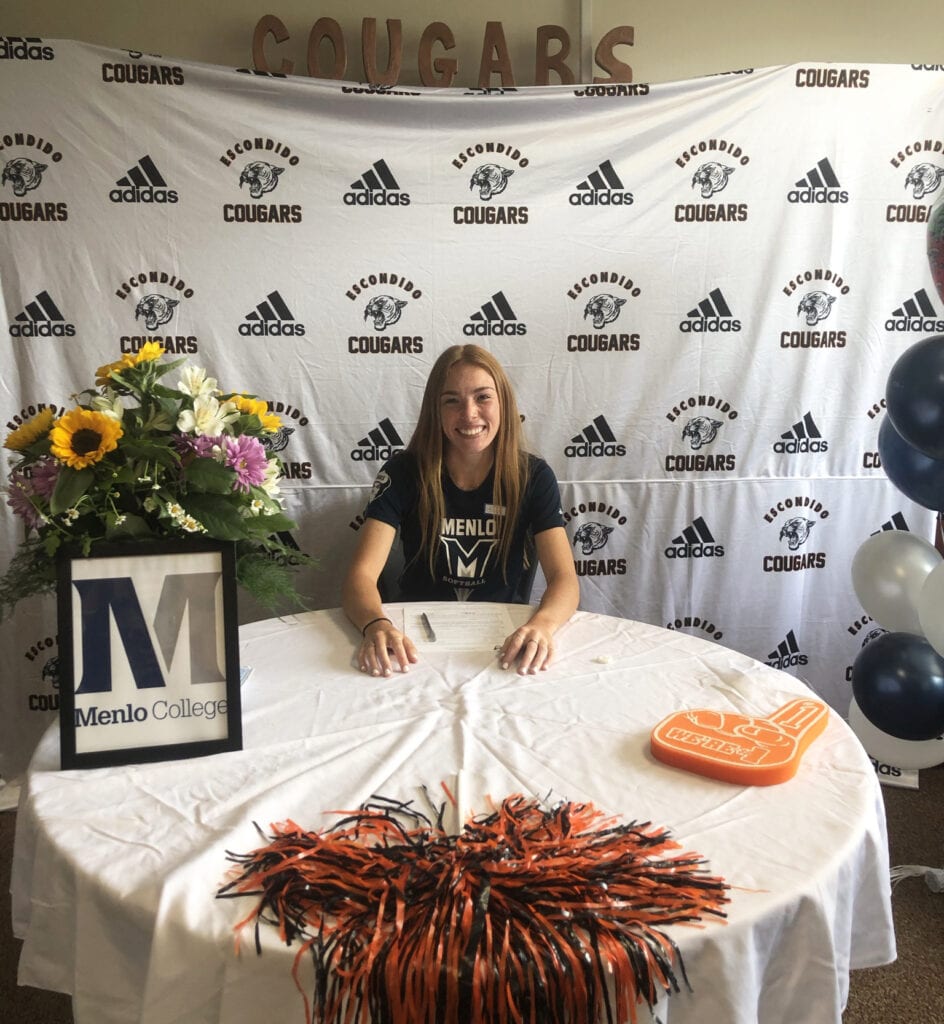 Bella Cortez of Escondido has signed to play softball at Menlo College.

From 2016 through 2020, Menlo College Softball had a dominant pair on their roster that made impacts in nearly every game of their careers.  Victoria Cervantes and Lauren Harrison were arguably two of the most recognized faces in Menlo Softball for their terrific contributions both on and off the field.  These two signed with Coach Christen Hardee Thompson out of Escondido.

Now, although Cervantes and Harrison have graduated, Coach Thompson has found a way to keep the Escondido tradition alive and well with the signing of Bella Cortez.  Cortez like Cervantes will come to Menlo from Escondido High School and will look to play both middle infield and outfield for the Oaks starting in 2022.

Cortez made the varsity team at Escondido High in her freshman year and was an everyday player by her sophomore year.  During her sophomore year, Cortez showed consistency at the plate, batting .263 while driving in eight runs, and in the field, as she proved to be a sure handed second baseman with the second most assists on the team and a minimal number of errors.  Cortez’s junior year was cut to just seven games due to the pandemic, but she was named a team captain during the prolonged offseason leading up to her senior year.  Now, Cortez is back as the starting second baseman for Escondido during her senior year, which kicked off a month ago.

Cortez will fight for some playing time during her freshman year at Menlo, as she tries to impress and earn a starting spot on the infield once Taylor Railey graduates.  Cortez will study psychology during her time at Menlo College.  She is the second middle infielder to sign with the Oaks for 2022, joining fellow signee Sofia Quintero.