Members of play meet an original 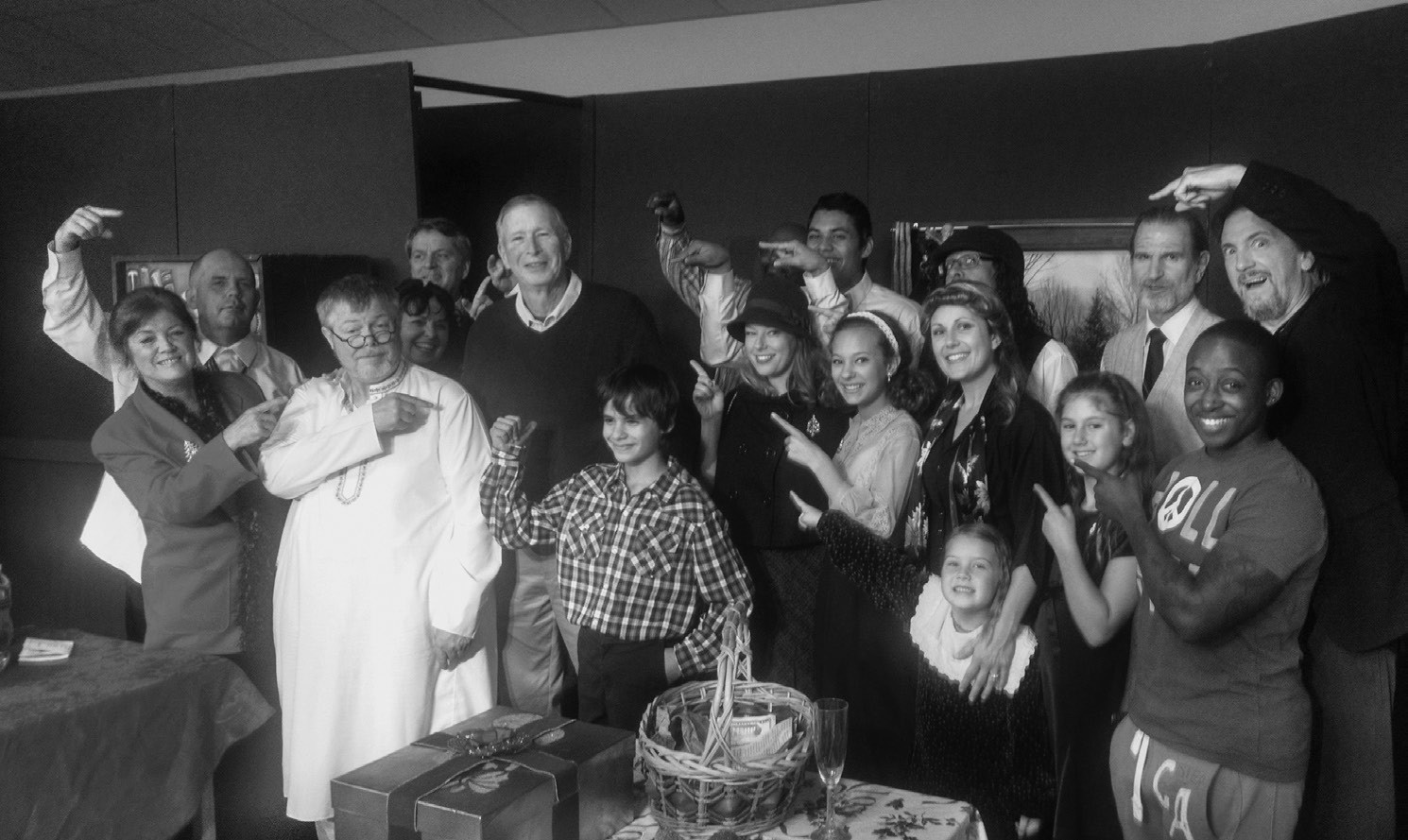 Cast members of the play ‘It’s a Wonderful Christmas Carol,’ which combines most of the story from the classic film ‘It’s a Wonderful Life’ with Dickens’s “A Christmas Carol,” Saturday night met Mike Adams, who appeared, however briefly, in the original Jimmy Stewart film of ‘It’s a Wonderful Life’ in 1946. Adams, 70, a local resident, told the cast and crew that his mother was paid $75 in 1946 for her baby appearing for a few moments in the film. Director Charles Carr insisted that Adams, the taller man in gray hair with everybody pointing at him, appear in a photo with the cast. The play will continue this Thursday, Friday, Saturday and Sunday at Escondido Women’s Club, at the corner of Rose & Mission. For more information, visit northcountyplayers.com/