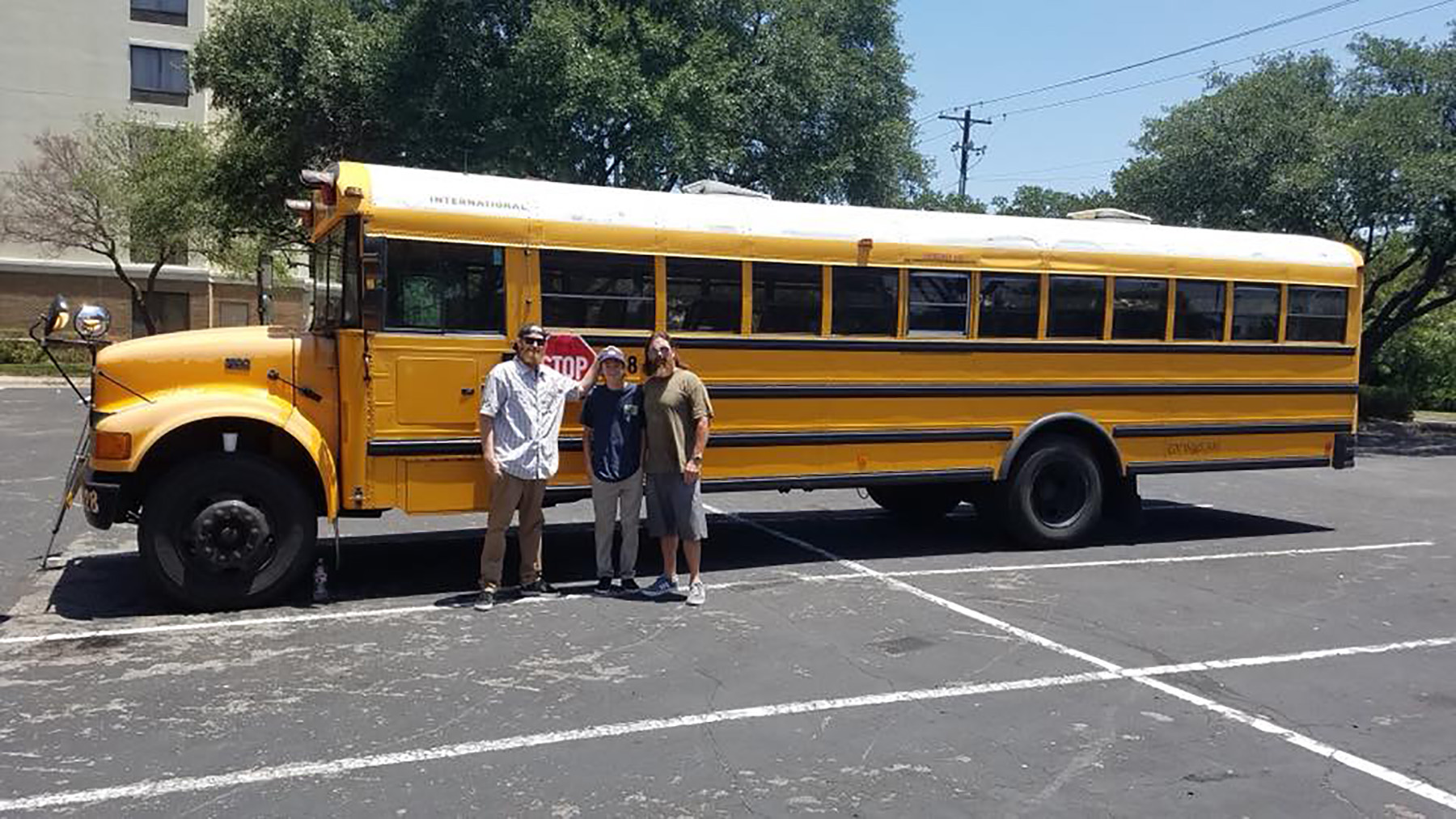 Melanoma patient Eric Martin (in the white shirt) standing with his son and a friend. The bus will be transformed into a Melanoma Awareness bus.

Eric Martin, a Stage 4 Melanoma cancer patient is having a 5K walk/run at Escondido’s Kit Carson Park on March 2.

According to Martin’s mother, Penny Martin, “Melanoma is one of the deadliest cancers there is. One person dies every hour and there is no cure. My son has been fighting for almost eight years and he has failed 12 treatments. It just continues to grow. There is not near enough awareness or education about this horrible cancer and he wants to get awareness out there to help save lives.”

Eight months ago Eric Martin came up with the idea to start a nonprofit organization to raise money. His idea was to find an older retired school bus he could turn it into a Mobile Dermatology Clinic. The transformed bus would drive around San Diego County and give free skin checks by local dermatologist and share information on melanoma.

But to do this he would need money. The foundation (a non-profit organization, according to Mrs. Martin) became official in June 2018 and it is called Stage Free Melanoma (stagefreemelanoma.org/) Martin found a bus in New Jersey. That was the only place he could find one that could be donated.

So in July Eric Martin, two friends and his oldest son flew out from San Diego to New York to get the bus and drove it back to San Diego. The bus is in the process now of getting wrapped with melanoma awareness on the outside. The purpose of the walk is to raise more money to transform the inside of the bus into the dermatology office.