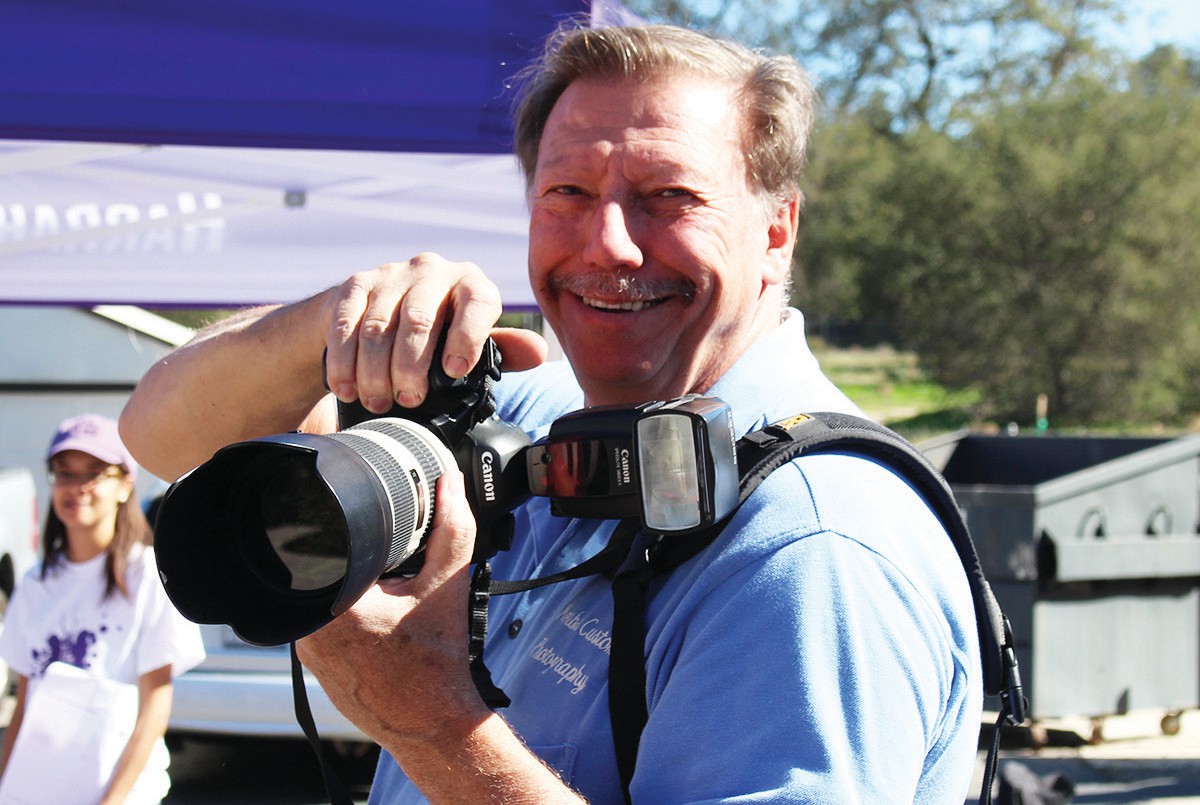 Whenever you see a sports photo in this paper that captures the moment perfectly with total clarity, chances are that photo was taken by Lenny Kerbs, the Times-Advocate’s go-to-guy for team sports action shots.

Kerbs has been a photographer in the area since 1990, and before that in Alpine for a dozen years and a similar number of years in Poway. Kerbs knows San Diego County.

Although you would think from the quality of his work that Kerbs specializes in sports, he’s actually an all-around professional photographer who does individual and family portraits, both in studio and on location, and senior pictures for high school, college grads. If you see a photo in this paper of your young athlete in action, you can get a professionally done copy through Kerbs.

Learning about the sport obviously makes him shoot better photos. “I shot the first ever home game for the rugby team and now I have a lot better chance of getting good pictures if I know what they were doing,” he said. “I’ve learned that there is a lot of strategy going on in the sidelines that you are never aware of being. I’ve heard the coaches and the players interacting. You just don’t see it from the stands.”

The most unusual photo assignment Kerbs has had during his career was when he was doing commercial photography for the U.S. Navy as a Navy Civil Servant documenting test results. “That was some of the most challenging work I’ve done,” he recalls. “Trying to capture system faults that were occurring in real time and to find ways to photograph and document the failures, so they could be worked on by the scientists in Point Loma.”

Find out more by visiting www.kerbscustom.com/ If you see sports photos in Times-Advocate that you would like to buy, contact Kerns at kerbscustom@gmail.com or 760-443-6306.