Maybe the best is yet to come for Escondido High Baseball 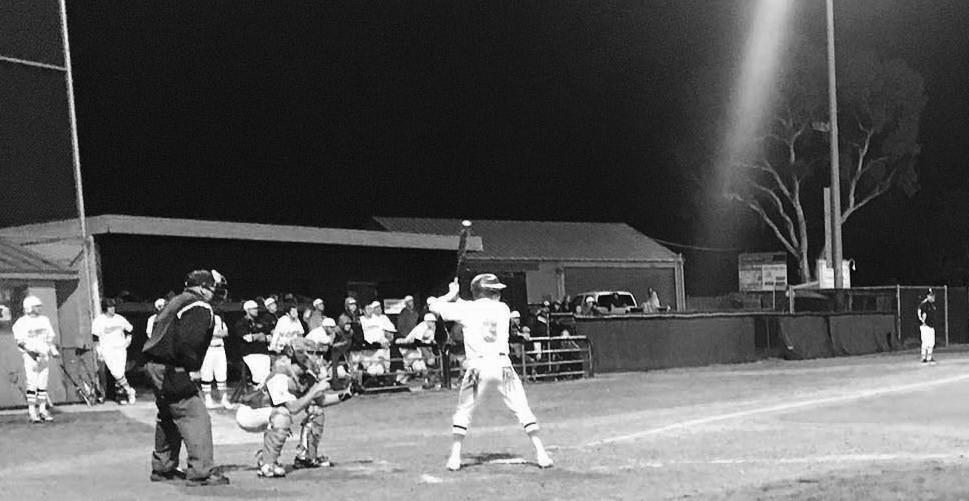 Junior Ben Donnelly prepares for the Imperial High’s Christian Zamudio’s pitch in the sixth inning of the Cougars 4-3 loss to the Tigers.

After a tough first loss of the season to Imperial and a lengthy post-game talk in the outfield, Escondido High baseball broke huddle with their usual mantra: “Family!”

For the young team the highs and lows of last season provided lessons about the unity that’s required for play­off success.

A tumultuous 2015 saw the Cougars finish with a record of 16-16, but with 13 returning players head coach Aaron Hoofard’s squad looks primed for great things.

“We are more together this year. They really like each other,” said Hoofard, in his sixth year as varsity coach. “That’s a huge thing if you can get all seventeen guys that are close and want to do things together.”

Finishing 9-6 in the Avocado East league last year was good enough for the school’s second league championship in the past three years.

But the unrest in the clubhouse caused by the now-departed senior class proved to be too much for the Cougars to cope with in the CIF Division 3 play­offs where they were eliminated after close losses to Oceanside and Mater Dei Christian.

“Last year we had a very selfish team. This year we’re just trying to combine all of our skills and come together,” said McCoy, a junior.

The 2016 squad will rely on the strengths of their defense and pitching to bring them back to the postseason.

McCoy and Rieman were No. 2 and No. 3 on the team in averages last year, batting .326 and .323 respectively in just under 100 plate appearances.

With only three of the six seniors on the team listed as opening day starters Coach Hoofard’s program has a focus on blending in youth, bringing a fresh- blooded dynamic that compels upper­classmen to lead by example and also creates veteran players early on in their high school careers.

Case in point was the use of Fresh­man six-footer Juan Cervantes who pitched five strong innings of relief in the loss against the Imperial Tigers on Saturday, March 12.

“We’re trying to build a program, get wins under our belts and get these guys motivated to play,” said Hoofard, after his team’s loss in the Bully Tournament, their second year in the competition.

After starting the season 2-0 in the Bully Tournament with shutout pitching performances vs. Horizon and Tri-City Christian, the Cougars crashed out 4-3 to Imperial (6-18 last season) due to some 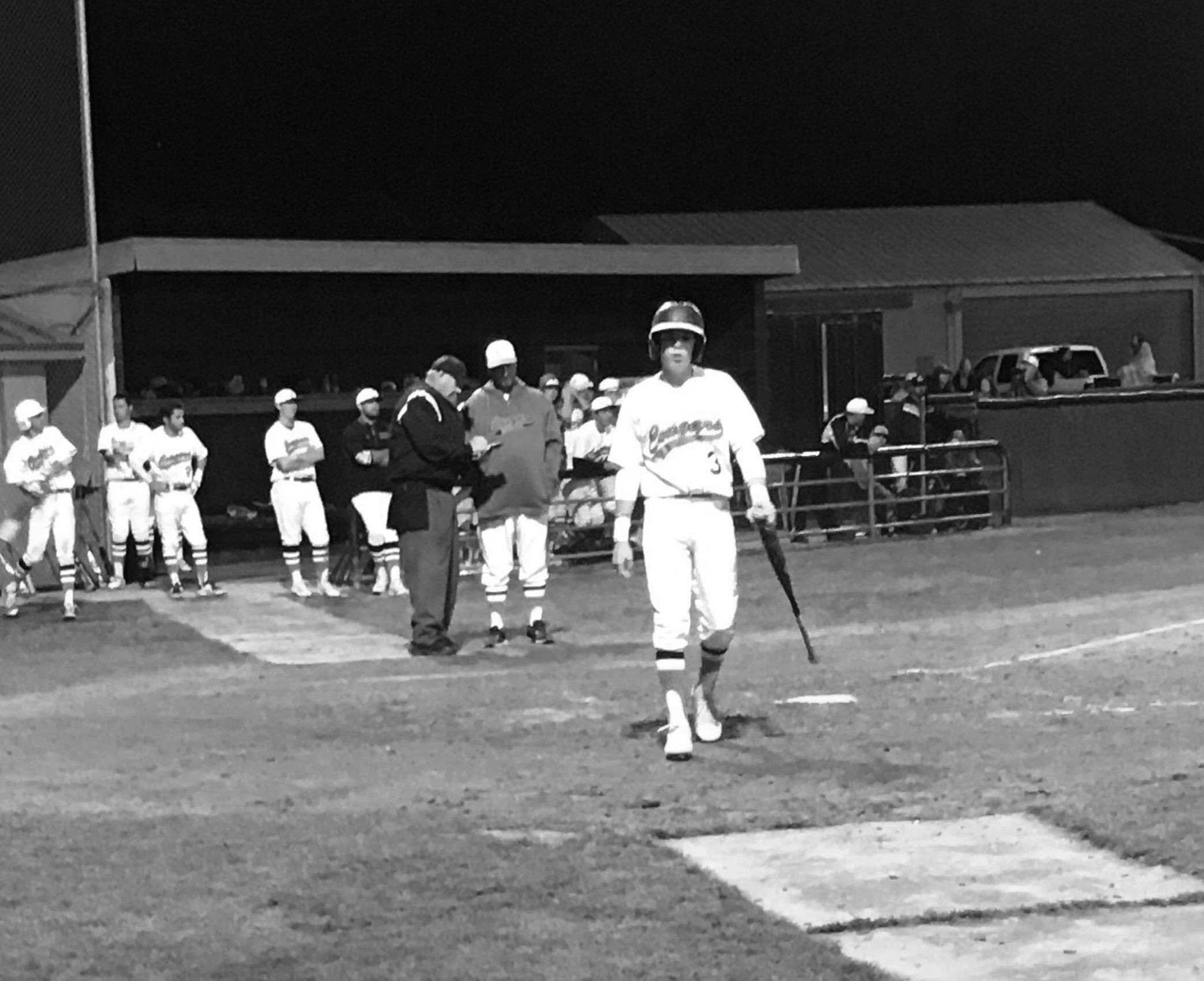 Escondido junior Ben Donnelly approaches the plate with his team down 4-3 in the bottom of the sixth.

Coach Hoofard acknowledged that clutch hitting is one of the problem ar­eas Escondido junior Ben Donnelly ap­proaches the plate with his team down 4-3 in the bottom of the sixth. Photo by Mike Adams but with the young team that is something that should be honed over the course of the season.

With league play starting in April the Cougars will have some time to work out the kinks and mesh better for their title defense in the highly competitive Avocado East.

In 2013 the Cougars split the league title with San Dieguito Academy and San Marcos (the Knights were winners also in 2014). After a slump 2014 season where the Cougars went 6-22 and 0-12 in the league, the program bounced back to win the league again in 2015 with a 9-6 record, this time sharing the title with Mission Hills. The Grizzlies look to be a strong contender again this season.

“It’s gonna be tough, everybody can beat everybody … there’s not a weak team in our league. That’s what I like about it,” said Hoofard.

Hoofard’s program has steadily pro­gressed over the six years of his charge. Prior to taking over he was the school’s JV coach for nine seasons before spend­ing one year as assistant for former coach Steve Afenir.

For Austin Rieman, who was brought up for the playoffs as a freshman in 2013, the experience accumulated at the varsity level has prepared him well.

“I’ve learned becoming a leader comes with responsibility and it’s not always going to be easy but when things get bad you have to bring your team­mates up and keep it going,” said Rie­man.

Even in the loss, signs of the team’s improvement are apparent. Rieman’s deep drive for the last out of the game forced Imperial’s center fielder all the way to the warning track, almost send­ing the game to extra innings.

Bonding and spending time together by going on hikes and having team din­ners, the Cougars have shed the dis­cord of last year and are focused with a collective drive towards CIF glory.

A couple of bold predictions from some motivated talent.