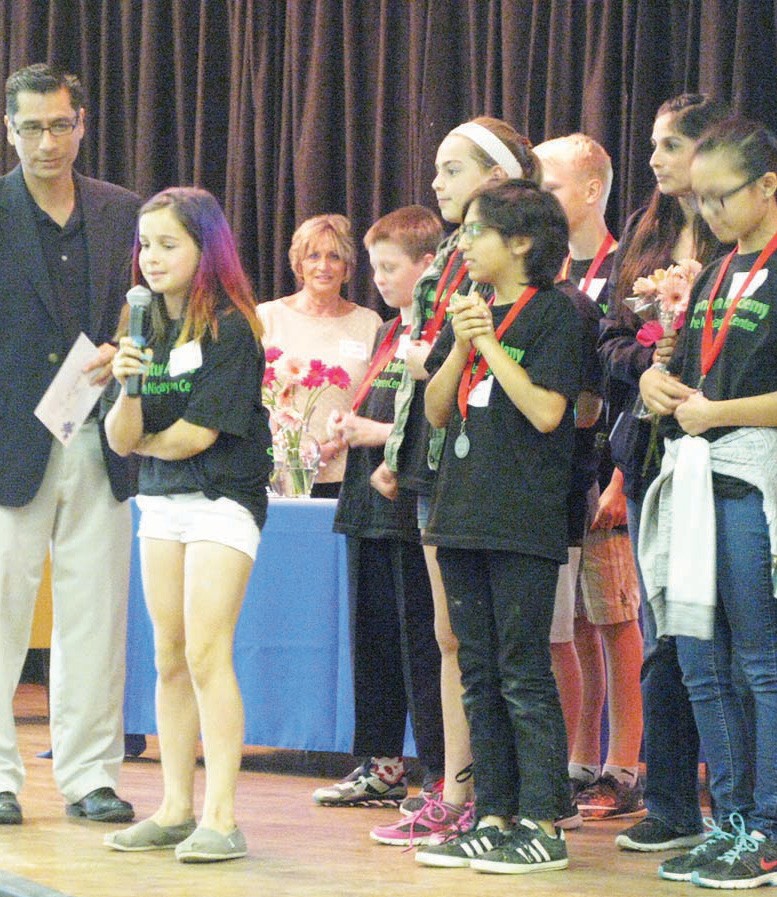 A student from Quantum Acad­emy, whose mascot is a Quark, was called upon to define the word Quark. She gave a letter perfect definition, a quark is an elementary particle from which all matter is made.

The auditorium of the Del Dios Acad­emy of Arts and Sciences was packed with students, their parents and Escon­dido Union School District staff last Saturday.

The Math Field Day brought together 160 fifth and sixth-graders in teams of six that competed on math problems as teams, not individuals.

After a rousing greeting and pep rally by Superintendent Luis Ibarra, student teams paired off to compete in classrooms.

They were given math problems and worked together to find solu­tions. Proctors huddled to compile data and grades to come up with the winning teams.

After the math competition, stu­dents took part in the “Float A Boat” event.

They were challenged to create 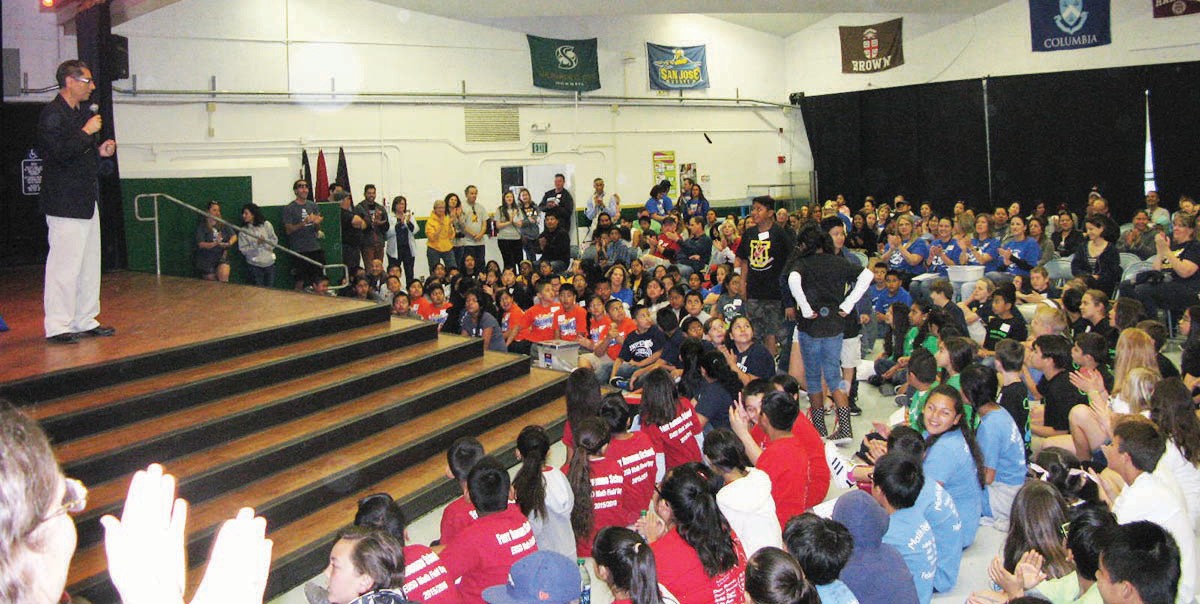 Superintendent Luis Rankins-Ibarra, at left, leads the award ceremony for the EUSD Math Field Day in Del Dios Academy’s auditorium. A large number of parents, 160 competing students and dozens of EUSD staffers came together to further math education in the district.

a boat out of a 3-inch square of an index card. The boat is then floated on a pan of water and pennies are dropped into it until the boat sinks. The goal is to float the highest num­ber of pennies before the tiny craft founders.

Student teams pressed in close and counted along with supervising edu­cators as the tiny boats filled with coins. Shouts of joy and exaspera­tion resounded in the quad as stu­dents saw their team results.

As the teachers and principals who judged the students gathered the scores, the principal of Del Dios Academy gave the Times-Advocate a short dissertation on the school. 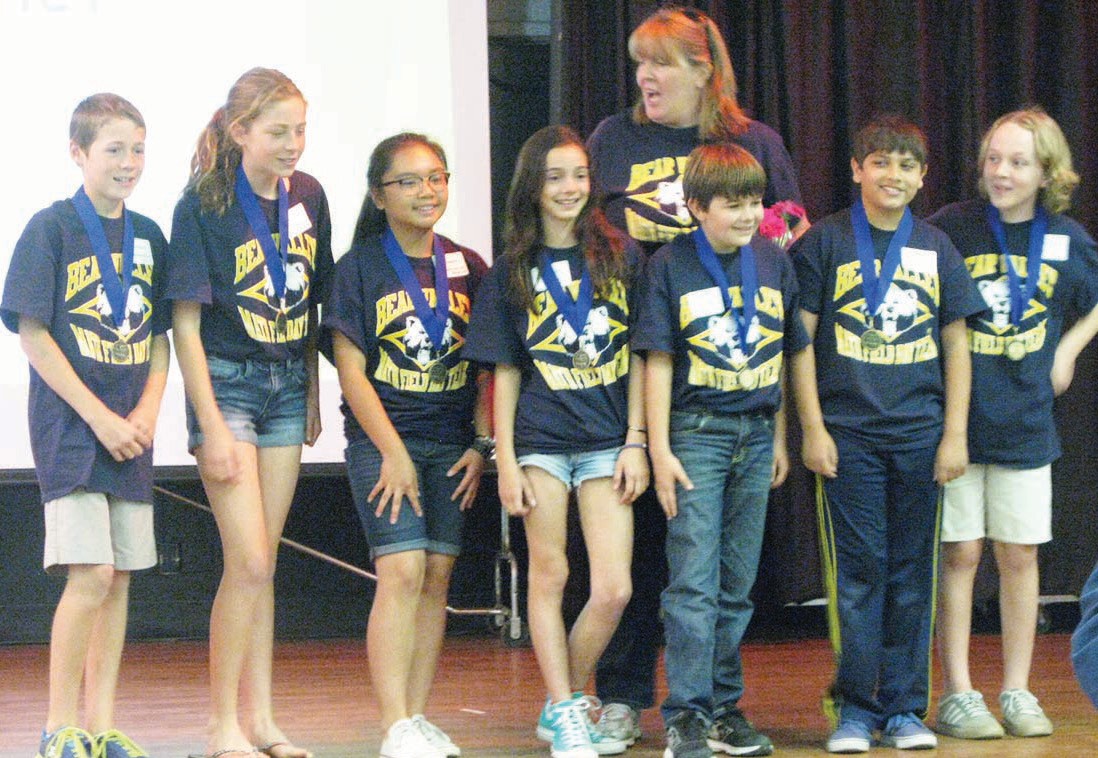 said Del Dios is not a charter school, but a Special­ty School run by the district. Charter schools run under sponsorship of the EUSD, but have their own boards of directors.

“We want the students to be able to choose a path, so once they do, they’ll get a sense of a smaller school within a school,” Ngo said. “The idea is to make cross-curricu­lar connections” to encourage stu­dents to find a field of knowledge that interests and excites them. 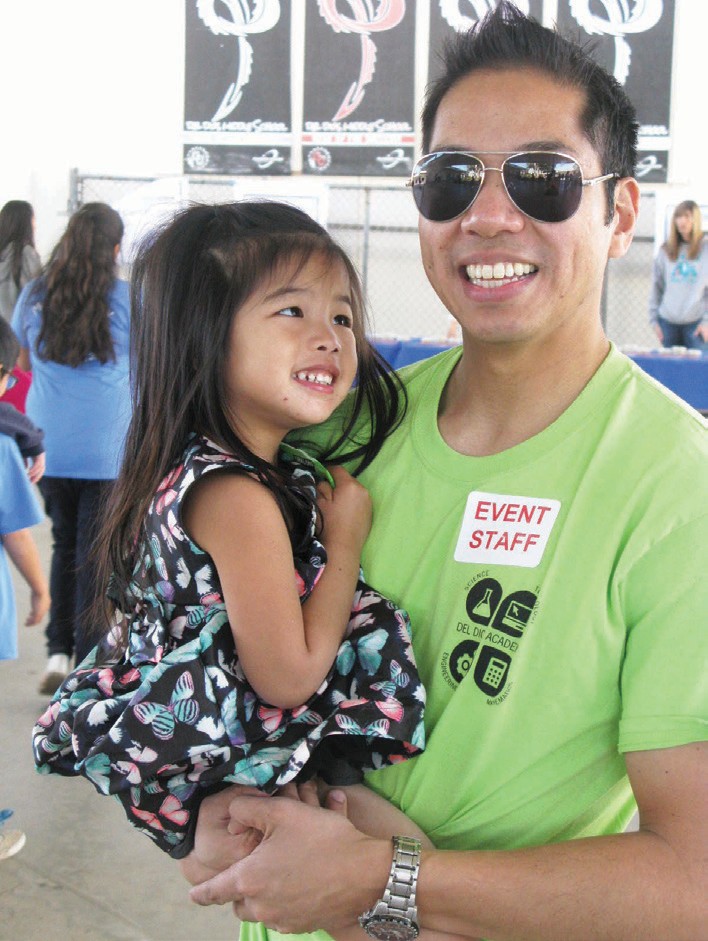 which uses quarter notes, half notes and whole notes. The school tries to cross-germinate between science and arts curricula.

“We have an environmental sci­ence class and we’re hoping to have a forensics class, maybe a design class, maybe plumbing,” Ngo said. “Throughout the school year we bring in people in jobs that are of in­terest. We’ve had fashion designers, music engineers, a radio producer come and speak to the kids.”

He added, “We have our youth me­dia awards and multimedia events. We try to highlight as many of the arts as possible. We have an arts fes­tival. We try to capture all the differ­ent areas.”

Students love it. “You 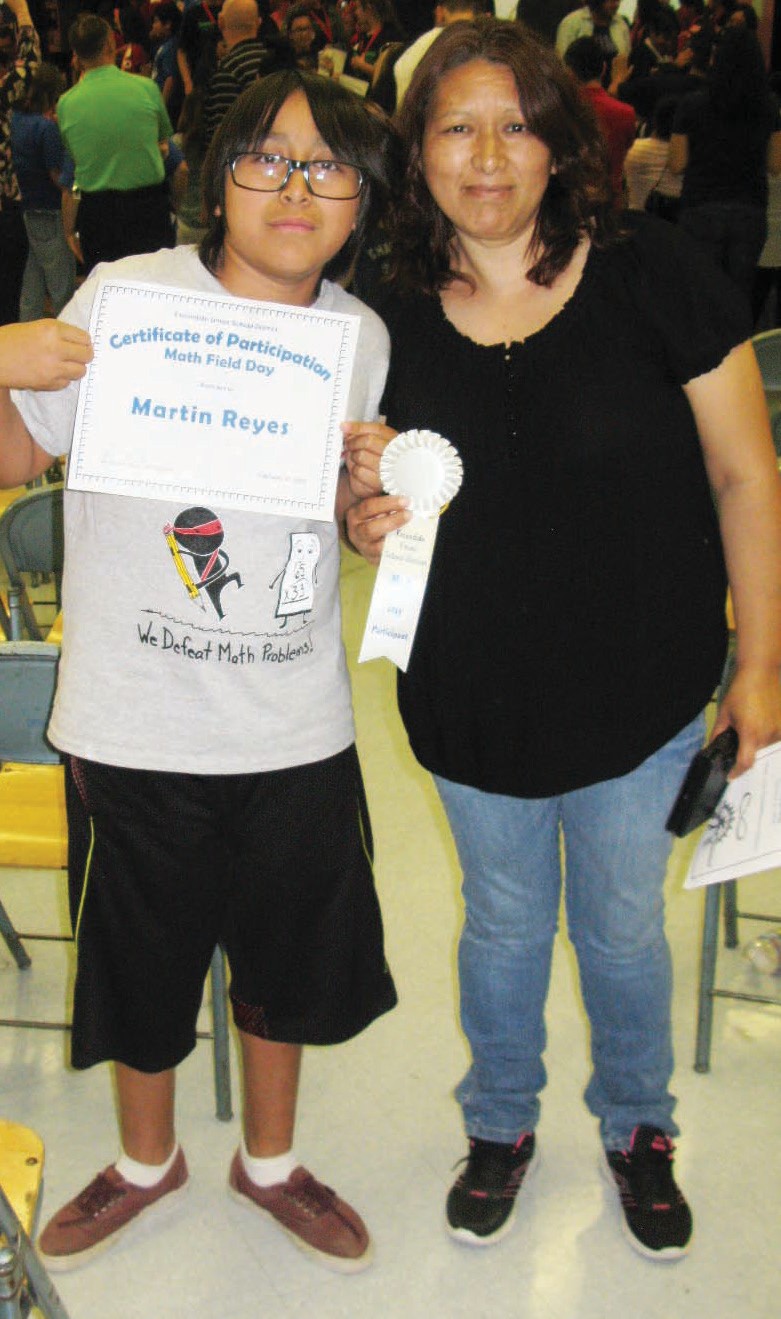 Martin Reyes and his mom, Elia Garcia, were on hand to win a certificate for performance of math problems.

Family members filed into the au­ditorium for the award ceremony. Bear Valley Elementary won the math competition and Quantum Academy, a charter school, came in second.