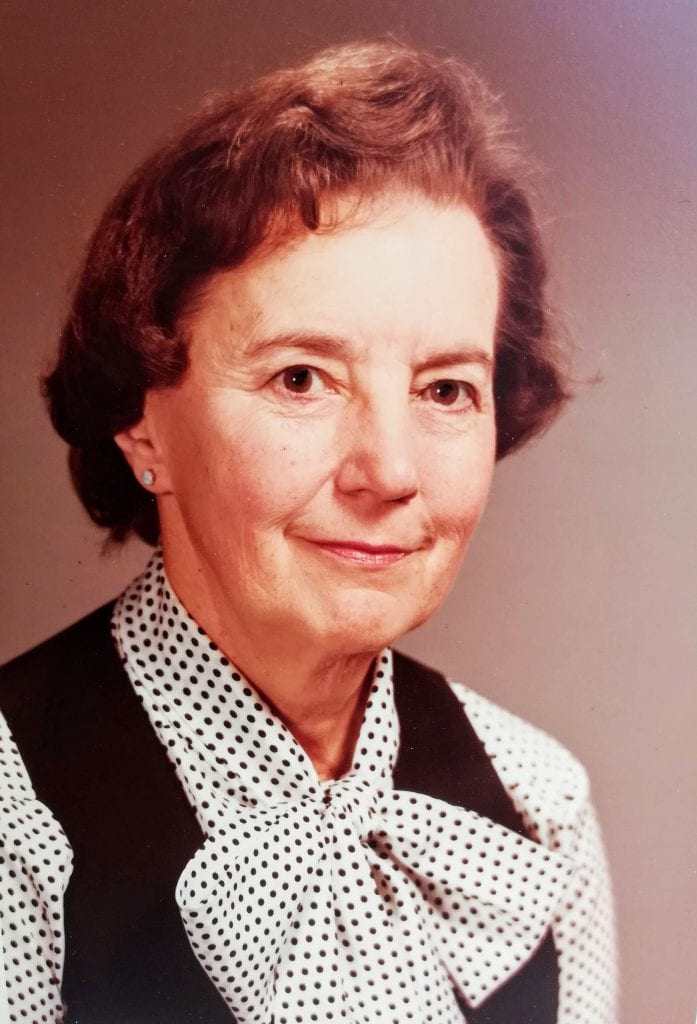 Mary Anne Byrne, resident of Escondido, died peacefully in her home in Escondido, with family at her side, on July 6, 2019, two months short of her 102nd birthday.

Mrs. Byrne was born on September 5, 1917 in Rochester, New York to Herbert George Hartman and Anna Christina (Baierl) Hartman. She was the oldest of five siblings, all of whom preceded her in death. Mary graduated from Mercy High School in Rochester, in 1935, after which she attended business college.

The following year, she returned to the business world, working for Eastman Kodak in Rochester until she retired in 1980, and relocated to the San Diego area to be near her oldest son John and family. In 1981, she returned to work at General Dynamics, where she worked until retiring again in 1993. Her passions were diverse and mostly centered upon her family, volunteering, and her strong Catholic faith. Mrs. Byrne very much enjoyed volunteering at Old Town State Park in San Diego, where she edited the “Poppy Paper” state park newsletter for many years; the Old Globe Theater; the San Diego Natural History Museum, and part-time work for the Census Bureau and the San Diego Visitor and Convention Bureau.

A Funeral Mass and Celebration of Life will be held on Monday, August 19, at 11 a.m. at the Church of the Resurrection, 1445 Conway Dr., Escondido, with interment in Rochester next to her beloved late husband, John. The family suggests donations to the Elizabeth Hospice or the charity of one’s choice.