Martinez on first term: ‘I’m happy with the impact I’ve had so far’ 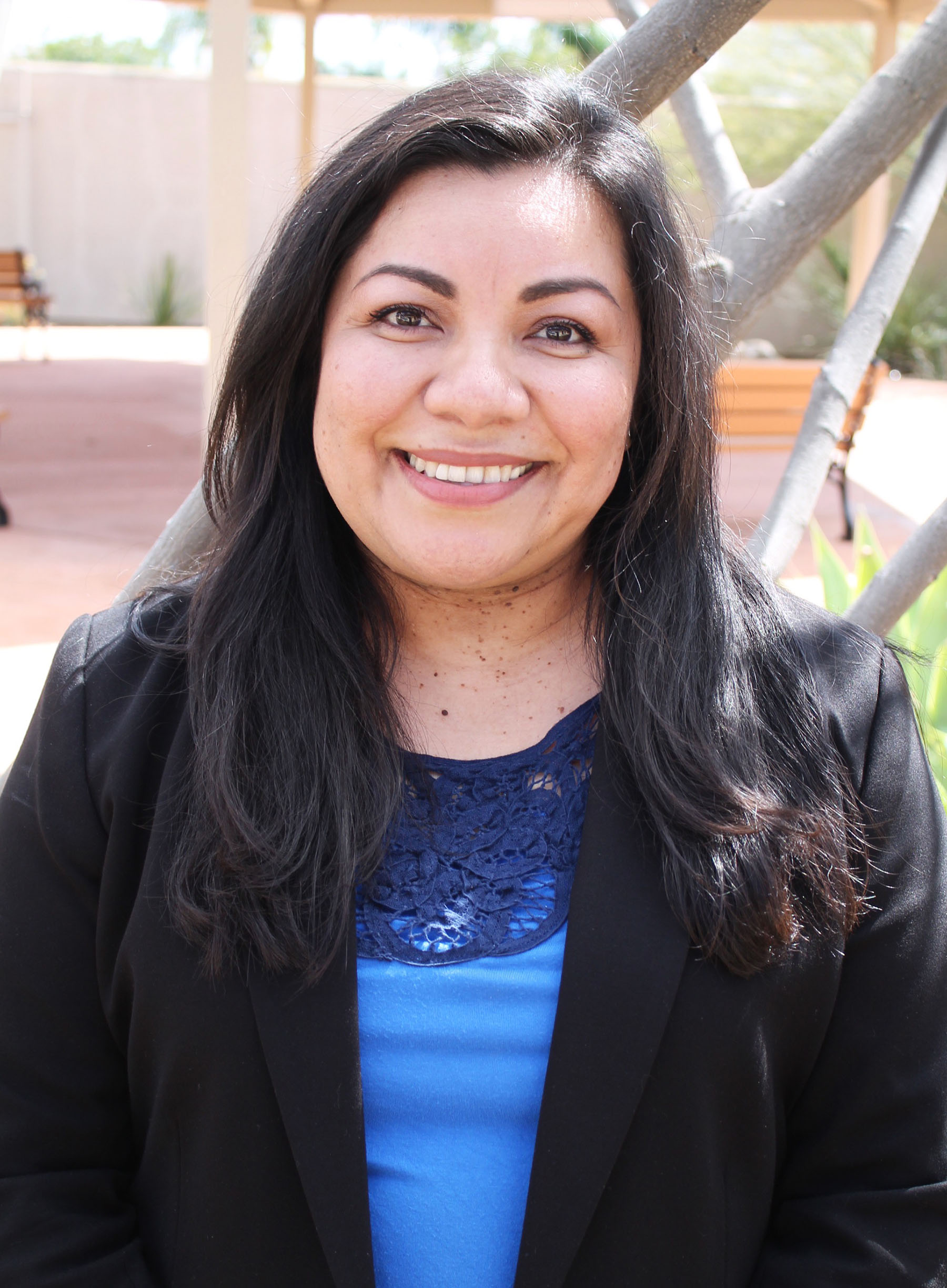 Consuelo Martinez of District 1 is running for a second term on the city council. “I want to continue to serve my city,” she told The Times-Advocate. “It’s been a challenging first term with lots of changes—and governing during a pandemic was a challenge. There’s many things I still want to accomplish. It’s been a real honor for me to serve during this first term.”

Martinez, who was deputy mayor for her first two years, added, “I’ve been happy with the impact I’ve had so far.”

One thing she is proud of is “thriving parks, especially Washington Park.  When I was first elected, Washington Park didn’t even have benches. Seniors would bring folding chairs. We got benches at the park. We got youth involved and now we have murals at the park.”

That led to more public art with artists painting murals all over the city. “I’m really excited that the skate park got built at Washington Park,” said Martinez. “I see it used every day. It’s brought a lot of people to the park. People playing tennis now and I’m excited there will soon be futsal (soccer on a court). There are four tennis courts. Two will be turned into futsal courts.” She added, “It’s been great to see the park used. There’s just so much activity now. I’ve talked to residents who have noticed crime going down. They are really happy to see the changes we have made to the park.”

She hosted the first Earth Day at the park in 2019. It was successful and they had planned another—but the pandemic happened. “I’m hoping to bring it back in 2023,” she said.

She is proud “of our resilient city and how people come together even during a pandemic. So many organizations and people do great work. I feel that we know who they are and they are connected to the city now. Because Earth Day had to be put on hold we started doing monthly clean-ups in my district. That’s because we were seeing lots of trash and we wanted to give back and be litter free.”

Each month she hosts a clean-up in a different part of the district. “We have all ages taking part. I think the youngest was 5—all the ways to seniors,” she said. “We’ve had different groups, taking part, such as churches. It’s been a very beautiful display of beautifying and unity.”

On the council, Martinez feels she has been “a very good team player,” whether she was in the majority or minority. “I have demonstrated I can work with anyone, whatever the majority is,” she said. “That’s because I believe in being civil, professional and having a good working relationship with my colleagues to get to a place of ‘yes’ for what’s best for Escondido.”

She added, “I think that is something unique that I bring. The perspective of a renter and the youngest person on the council, and someone who grew up here. I have a very diverse district. I’m able to bring a diversity of issues and help bring balance to the council.”

Another reason for seeking a new term is she is learning to be more effective. “Each year I get more done,” she said. “The first is a learning term and then you are able to get more done. I feel the second term will be even better and I will have more of an impact.”

She feels it is important that the city have a positive image in the region. “I think we have really progressed in that area,” she said. “We have new people moving here. It’s a great place and I sense people wanting to move here. I have met some of them. Some have reached out about how to get more involved.”

After she was elected, Martinez led in creating a subcommittee to improve boards and commissions. “To get the public to know more about them and to get participation from our diverse community,” she said. “We hosted a mixer for all the commissioners to meet. We had a lot of applicants this time around and a lot of first time applicants. I feel we have the most diverse commissions ever. It has been a big thing for me to promote them to connect residents to our government and to be that bridge.”

At the top of the issues of this election, she said, “is improving our aging infrastructure. We will need funding for that—especially as our city continues to grow. Also housing affordability. I want to work with the County to create some kind of housing navigator to connect people to housing.” Her constituents frequently call her because they can’t find affordable housing. “There is no place to look,” she said. “I believe that is something the County and the city can partner with: to find housing.”

She enjoys speaking to young people about the city and her role in it. “Many don’t know what the city does. I also enjoy the opportunity to talk about youth and how change starts in their own back yard.” She likes to educate constituents who have concerns about how the process works. “For example, someone may want a street light and not realize it may take years. Explaining that to them is important so they don’t think government doesn’t work for them. It does work for them, but sometimes it is informing them about the process.”

She is proud of having led the effort to move the location of the Membrane Filtration Reverse Osmosis (MFRO) Facility Project from near a senior living center to the industrial district. “That had been voted on before me. But I realized when I was first elected that they hadn’t broken ground. I put it on the agenda to have it moved and a majority of my colleagues supported. The residents are grateful and it’s on track to be built in the location where it always belonged.”

Such projects are very expensive, “You have to find the funding. But that is something I want to see happen in my second term,” she said.  “I’m really big for explaining the process so people can feel heard. Hearing the residents and their input is important. They are the experts. I rely on them to be my eyes and ears to make things happen. It’s coming! I promise, it’s coming! It’s close to a school and the skate park has a lot of kids coming to it. I got unanimous support for it.”

As a renter, Martinez is sensitive to the challenges renters face in Escondido as rents skyrocket. “I encourage folks to contact our housing department if they need any kinds of resources. If they want to see what is available and to see the city as a resource for them. I’ve also hosted some renter ‘know your rights’ workshops. I see the needs for renters to know what those rights are.”

Martinez was pleased recently when the city contracted with a company to install a digital infrastructure to bring affordable broadband to almost every resident. “Digital equity has been important to me,” she said. “I said I wanted to look into that. So the timing of the contract was great. I asked for digital equity, which I noticed during the pandemic was a high need.”

The candidate added, “I serve on two important regional boards: The San Diego County Water Authority and the San Diego County Air Pollution Control District. Additionally, I sit on the League of Cities San Diego Chapter and the following city sub-committees: housing, education, school, boards and commissions, and California Center for the Arts.”

She added, “I’m honored to have the endorsement of the Escondido Firefighters Association.”

Martinez calls herself “a strong leader in challenging times. I only made one promise to voters during the last election. It was that I would be accessible to them and I kept my word. I hosted in district meetings and virtual ones during the pandemic. I will be bringing them back in person. I believe I have been very accessible. Even if they aren’t’ in my district I will help them to the best of my ability. That’s why I changed council meetings to later in the day so people could come after work. I meet with community groups and students when asked. I want to them feel City Hall is their city hall and that they are part of the city and we are there for them. I’d like to continue that and have a positive impact on my community and help get things done for the betterment of the city.” She added, “I remain committed to a transparent, inclusive and accessible city hall for our residents. If re-elected I will continue to invest in a cleaner, greener, and safer Escondido for all.”

To find out more, visit Consuelomartinez.com.