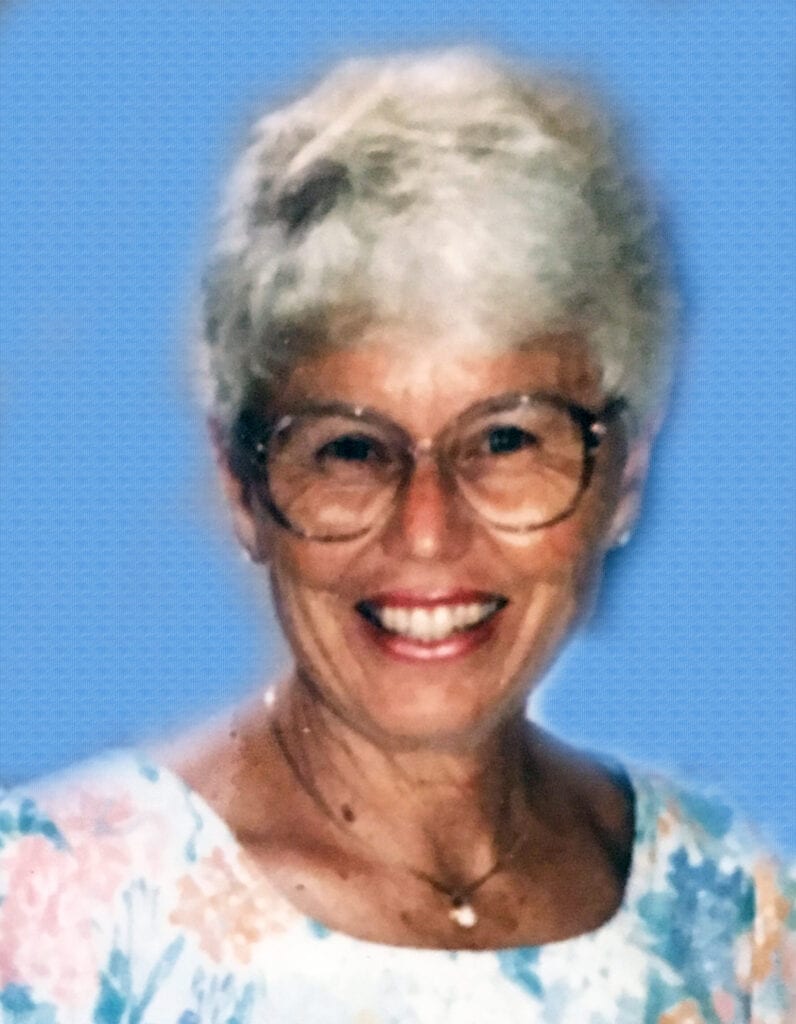 Born August 22, 1931 in San Diego, California, she was the daughter of the late J. Frank and Barbara McCurdy. She graduated from Grossmont High School in 1949 and went on to attend San Diego State University (then San Diego State College) for two years, majoring in music. She was raised in the Christian Science religion, whose tenets guided her spiritual life throughout her life.

Marilyn McCurdy was smart and resourceful, able to build a goat pen by herself, if need be.  She could eye clothes on a rack and tell whether the sleeves or legs would be long enough for a particular child, and she could sew anything. She made a beautiful angel food cake.  She played both the violin and the piano, as well as pitching fast-pitch in women’s softball, and at various times in her life, she enjoyed playing tennis, water-skiing and snow-skiing, ballroom dancing  and bike touring.

She was happiest when she was with family, whether sharing a meal, carting kids and horses or 4-H animals to The Del Mar Fair, going on family vacations, or attending countless sporting events and recitals for children, grandchildren, and great-grandchildren.

She was pre-deceased by her parents and by her brother, Homer McCurdy.  She is survived by her sister-in-law Joan McCurdy, her children Lori (Michael), Brad (Liz), Lyle (Cindy), Sandra (Ken), Barbara (Dave) and Karen (Lara), as well as by 4 nieces, 13 grandchildren, and 5 great-grandchildren.

No services will be held.  Please consider making a memorial contribution in Marilyn McCurdy’s name to the San Diego Zoological Society: zoo.sandiegozoo.org.