Man wanted for inappropriately touching women in the North County 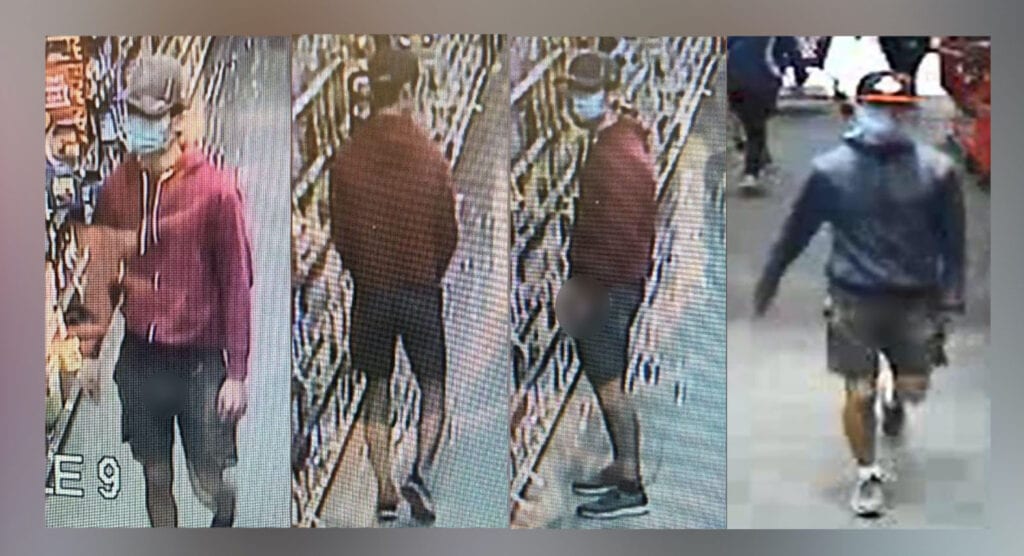 Do you recognize this man or his clothing? He is wanted for inappropriately touching women in the North County.

In all incidents, the man would approach the victims from behind. He grabs the woman’s shoulders and presses himself against the victim’s backside. When the startled women would turn to confront the man, he claims to have confused them for friends. Surveillance video shows the man inappropriately touching himself underneath his clothing before and after the assaults.

The victims describe the suspect as an Asian man between 20 to 30 years old, standing about 5’8″ tall and weighing between 140 to 150 pounds. He has a thin build with pale skin and dark straight hair. He was last seen wearing a gray baseball cap, light colored face mask, red zippered hoodie, grey t-shirt, gym shorts and running shoes. He was seen leaving in a silver car.

If you recognize the man in the surveillance photo or video, call San Diego County Crime Stoppers. You can remain anonymous and be eligible for up to a $1,000 reward for information that leads to a felony arrest. Call (888) 580-8477.