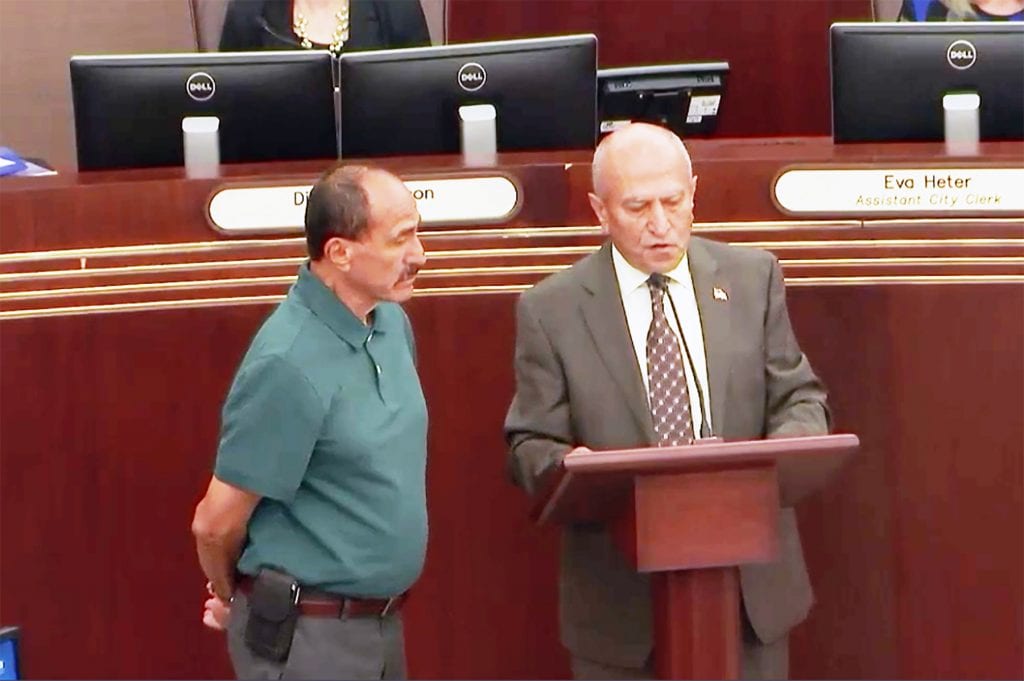 At the June 20 meeting of the Escondido Council “Robert Barrientos Day” was proclaimed. He was honored for helping to create the Lansing Circle Neighborhood Group
“This guy is a hero in our eyes as a city, for what he did in this neighborhood,” declared Mayor Sam Abed. “He made Lansing Circle safe for his neighbors and his family. A place a family can enjoy where they live.”
The mayor described how Barrientos created partnerships with apartment complex owners, police and City Hall. “Robert has brought everyone together to identify resources, empower neighbors, evict problem tenants and rebuild Lansing Circle into the safe, family-friendly cul de sac that it is today,” said Abed.
Barrientos has been president and property manager of the Lansing Circle Neighborhood Group since it organized in 2008.
Barrientos was previously recognized at the 2017 State of the City Address.