Not your English teacher’s Shakespeare staged 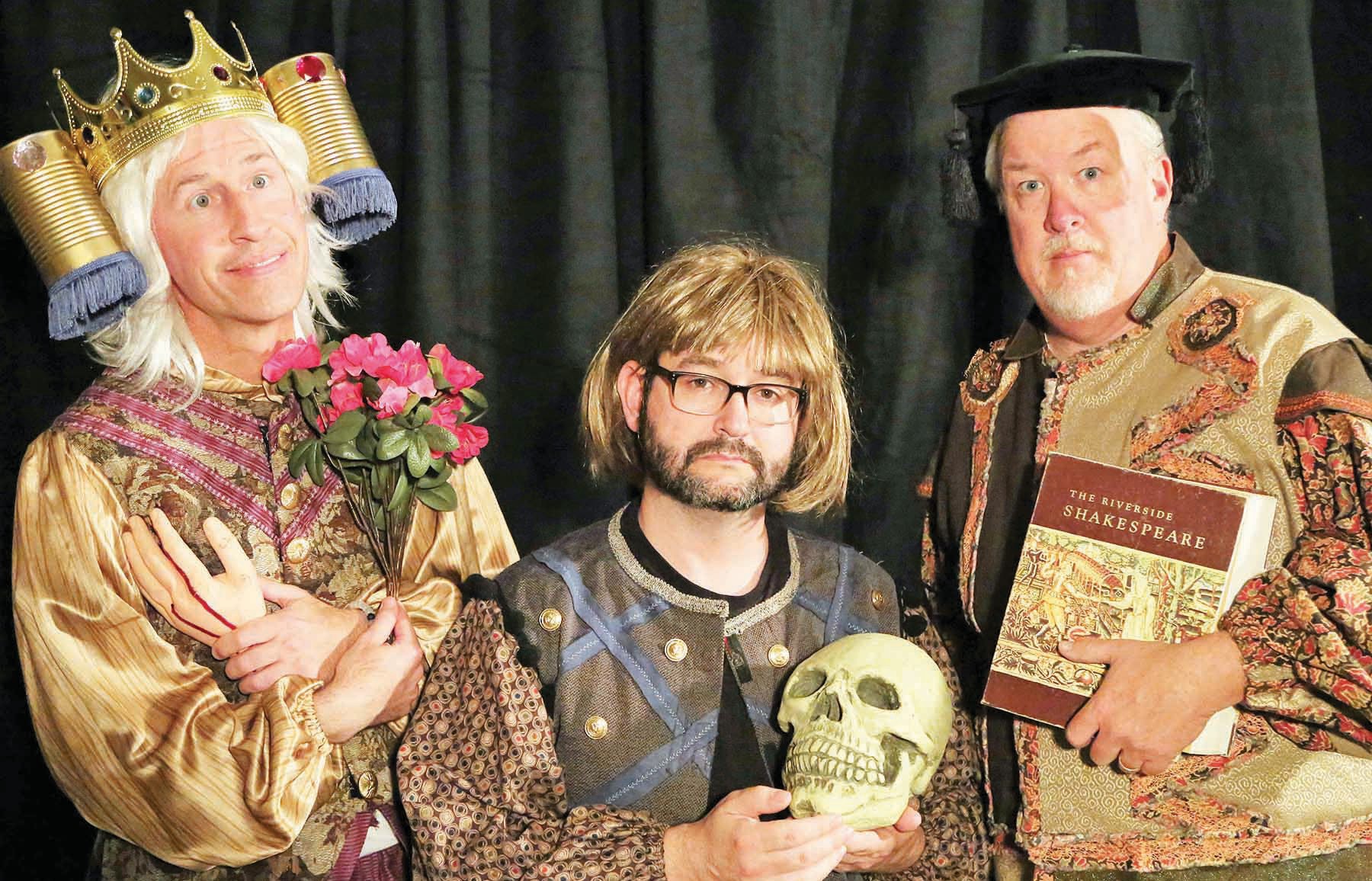 Three Guys, 37 plays in 97 minutes, that’s the gist of “Complete Works of William Shakespeare (abridged) [re­vised].” “Can three guys really cover thirty-seven Shakespeare plays in less than two hours? This fast-firing comedy, presented by Luminary Arts, parodies all of the Shakespeare plays (plus the sonnets!) with only three performers in two acts. This play is full of energy as the characters run across the stage and keep you guessing how they will pull off the next play. Clever use of some in­teresting costumes also adds to the fun, …the best local show in years!” these were the words of a reviewer of the show– Pam Kragen, several years ago.

Well, the boys are back! David Pin­son, Jaysen Waller, and Bruce Black­well have teamed up again. This pro­duction with this cast was originally in 2000 at the Howard Brubeck theater at Palomar College. The show directed by Pat Larmer was so popular it was brought back for an extended run that fall. This team remounted this show at Palomar College in 2006, later in collaboration with Moonlight Stage Productions at The Avo Playhouse, and most recently in 2012.

They are bringing it back again by popular demand. Friends, family, and even complete strangers, have ap­proached the actors and asked repeat­edly, “When are you doing that Shake­speare show again?” Also, Palomar College asked the boys to reenact a few scenes as part of “The Festival,” a Per­forming Arts Circle fundraiser for the Peter Gach Steinway piano.

A lot has happened with the guys over the last 16 years. The families have grown by three children and nu­merous nieces and nephews. Larmer retired from Palomar in 2011, but that didn’t keep him away. He has directed several shows for Palomar since then. When not directing, he loves to travel with his wife Sandy.

Waller continues to work at Legoland and has now become the Entertainment Supervisor there. This time the per­formances will benefit Luminary Arts, a non-profit company Blackwell has formed with the mission of bringing high-quality performing arts instruc­tion to North County schools. Lumi­nary Arts is providing in school arts instruction in three San Marcos Unified School District Schools for the 2016- 2017 school year. Everyone involved in the production have remained good friends and always delight in the chance to work creatively together again, espe­cially when it’s for such a good cause.

Updated with new bits, timely ad­ditions of current events and audience participation this show is sure to delight audience members new and old.

Luminary Arts at The Patio Play­house

Fridays and Saturdays at 8 p.m.