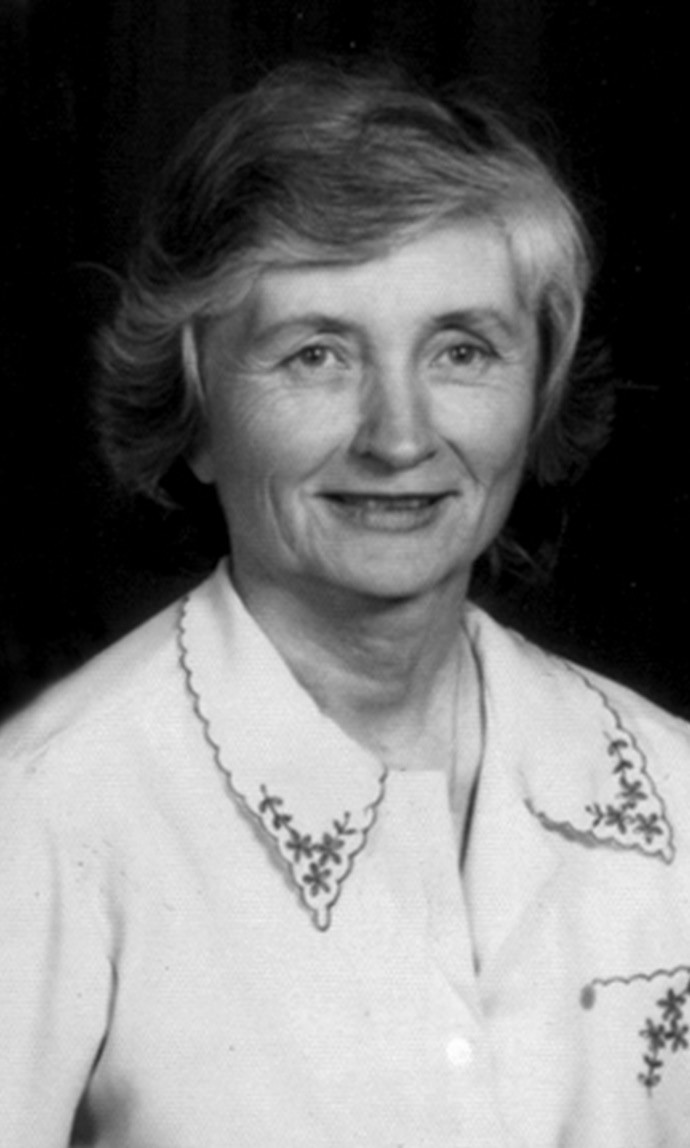 She grew up the eldest of four sisters in a Christ-honoring home. At age 15 she met Carl Swadell at a church function, followed by their first date to the circus.

He was the son of a pastor who had served various congregations in Northern California, and had recently moved to Fresno. But he soon left for the Merchant Ma­rine Academy in New York and, upon graduation, volunteered for an 18-month Antarctic expedition. Loyd Beth took the train with her mother cross-country to Beaumont, Texas to see him off, and impul­sively married there before the ship left in January 1948. Mid-voyage, Carl jumped ship in Chile and re­turned to the US to start a family. Loyd Beth spent the next quarter-century bringing up four children.

The couple moved to San Diego County in 1956, and they bought into a print shop soon after. She worked part-time there and even went back to college for her degree, graduating in 1974. She played organ and piano for Grace Trinity Church and its successor, Valley Baptist, and was church treasurer. She was actively involved in the Gideons Auxiliary for nearly 50 years where she made many life- long friends.

Carl & Loyd Beth traveled to in­numerable countries together. On 9/11, they were stuck in Athens, Greece until flights resumed in and to the U.S. After Carl’s death nine years ago, she began to do vol­unteer work with the San Diego Blood Bank, where she had been a gallon-club member for many years.

She also volunteered for Talking Bibles International. She loved the staff and other volunteers there, and believed in their mission of producing audio recordings of the Scriptures in hundreds of languages, and sharing those recordings around the world with millions of people who cannot read.

This fit perfectly with her asso­ciation with the Gideons. She fre­quently talked about the people to whom she had given a Gideon tes­tament or a Talking Bible.

With Carl’s death in 2006, and later with the passing of her daugh­ter, Debbie in 2013, her greatest joy in those somber events came from counting the number of Gide­on Bibles that were gifted in their honor. Even as her memory began to fade, and she could no longer complete crossword puzzles, she looked forward to church and to monthly Gideon meetings. When she was increasingly unable to go out to these, her frustration with her situation grew.

After breaking her hip, the differ­ence in her mental acuity became noticeable. Mercifully, she didn’t have to endure the confusion and distress for very long, passing in her sleep last Tuesday afternoon, November 17.

She was preceded in death by her parents; her husband, Carl Swadell; twin brothers who died at birth, three sisters, Jackie Rob­ertson of San Jose, Marilyn Kuhn of Fresno, and Sandra Gardner of Belmont; and a daughter, Debbie Perry of Phoenix. She is survived by three children, Steve Swadell of Rancho Bernardo, Karen & Tim Jobe and Eric & Steph Swadell of Escondido. She had 11 grandchil­dren and 10 great-grandchildren.