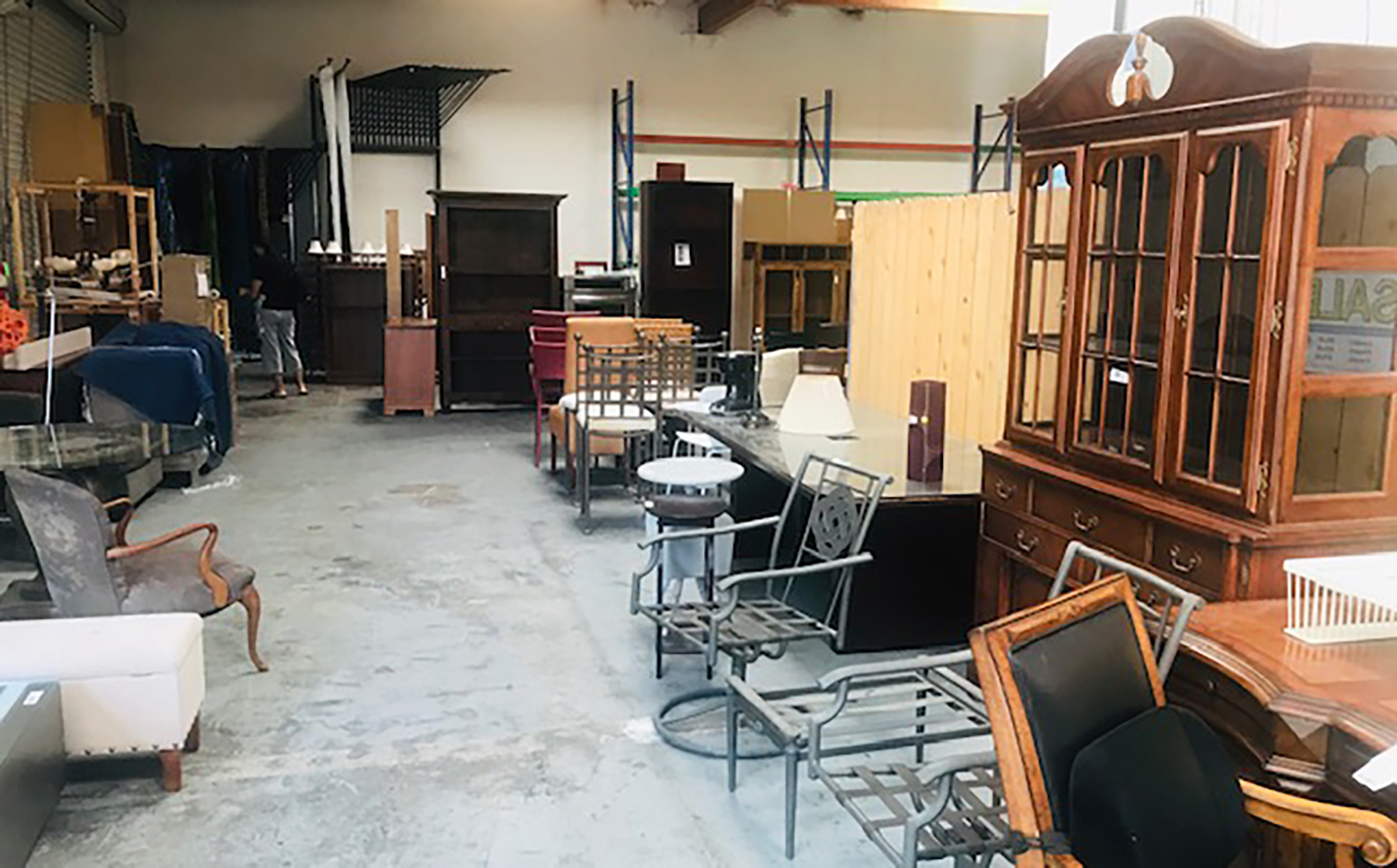 Need something for your home? Offering a range of household goods at discount prices, the Escondido ReStore is one of three ReStore outlets in San Diego County operated by Habitat for Humanity.

Just as businesses are struggling during the COVID-19 pandemic, so are community service organizations. But Escondido resident Lori Pfeiler, president and CEO of the San Diego affiliate of Habitat for Humanity, has dealt with tough times for this organization before.

In 2011, the home-building non-profit got “top of the fold headlines” in local press coverage, hardly ever a positive development, she says. Habitat had received donor funds intended to help fire victims but most of the fires had occurred in higher income areas where families could not meet the lower income qualification.

This created what Pfeiler terms a “perception” of problems with the organization’s leadership and its board was dissolved.

When she read the newspaper report of these problems, Pfeiler says she “knew that Habitat was too important an organization to let fail” and she wrote to the organization offering to step in as an executive director. When a new board member later found her letter, she was then named president and CEO in 2012.

Over the next two years, Pfeiler’s primary effort was to rebuild trust and support for the San Diego affiliate, and since then it has constructed homes for 45 families, and its Neighborhood Revitalization program has completed more than 200 repairs.

But this progress has once again been slowed by the viral pandemic. 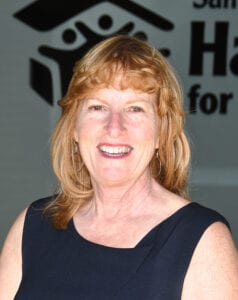 In 2019, Habitat built and sold 16 homes, eight of them in Logan Heights, and this year, by November, it will complete construction of three more in Logan Heights, “just in time for the holidays,” Pfeiler notes. Additionally, she says that Habitat has begun building two homes in Leucadia and has started a six-unit town home project in National City.

“We have kept construction going,” she says, “but it has been more difficult.”

As a matter of caution or simply lack of funding, fewer businesses have been able to provide either financial support or the numbers of volunteers to do the work of construction – five sometimes showing up to do the necessary hammering and sawing, compared to the usual cadre of 25 or so, she says.

Added to this, decreased donations and increased costs – even having to buy more tools for the workers doing the construction because the virus prevents sharing them – has forced furloughs of several administrative employees.

Habitat’s ReStore outlets sell donated new and used building and household materials – in Escondido, Carlsbad, National City and San Diego. But they have—like many for-profit retailers—also suffered reduced sales. Proceeds from ReStores help local affiliates fund the construction of Habitat houses and cover administrative costs. But a nearly 50% fall-off in sales this year has forced lay-offs of three employees and a moratorium on filling empty positions.

Overall, she estimates a significant shortfall in meeting the organization’s annual budget of about $6 million.

Pfeiler needs little introduction to Escondido residents, given her many years of community service and success in handling critical issues on the local level. She was elected to Escondido’s city council in 1992 and again in 1996, and then elected mayor in 1998, 2002 and 2006.

Additionally, she served as chair of the San Diego Association of Governments (SANDAG) and chair of San Diego Region Partners for Home Ownership

Pfeiler acknowledges that before she became a member of the Escondido City Council she “didn’t know anything” about what home ownership could mean for a family. With her work on the council and in tackling regional housing issues, she found that the ability to own a home is not just important but can be “a life-changing event.”

Many, she says, “can’t lead better lives until they have a home they can call their own,” an aspiration increasingly difficult to reach today in California.

“In the 60’s and 70‘s the market was able to meet this need,” she notes. “Homes were less costly to build, regulations were not as stringent, and our general population supported the idea that families of all incomes should be able to purchase a home.”

And as she did in 2012, Pfeiler has accepted the unique and unprecedented difficulties of the pandemic which face the affiliate and the county as a whole; so she is seeking increased buy-in from local businesses and corporations, along with enhanced donations, to complete the organization’s “pipeline of 30 more homes to keep on target.”

She has only optimism about the local affiliate’s future. “We will,” she says, “continue to surge forward.”

Who qualifies, how much paid for a new Habitat home?

Families that qualify for a home built by Habitat for Humanity are carefully selected and background-checked by a committee which considers their level of need, their willingness to become partners in the program, and their ability to repay the loan.

The family must be earning less than the area median income, and be willing to spend 500 hours of work building their home or those being built for others. This is termed “sweat equity” and is used as down payment for the home.

Once construction of the home is completed, the homeowner buys the home with a 0% interest mortgage, with monthly payments (including taxes and insurance) that do not exceed 30% of the household’s monthly income.

Mortgage payments are received by Habitat and these are then used to build its next project. Families can sell their home back to Habitat at any time and receive the equity they have accumulated to that point.

Habitat says it sells its homes to families “at an affordable price and if they decide to sell it back to us, it does so at the affordable price. Generally, the equity they attain goes along with the cost of living (which is not the same as Fair Market Value, especially in California).”