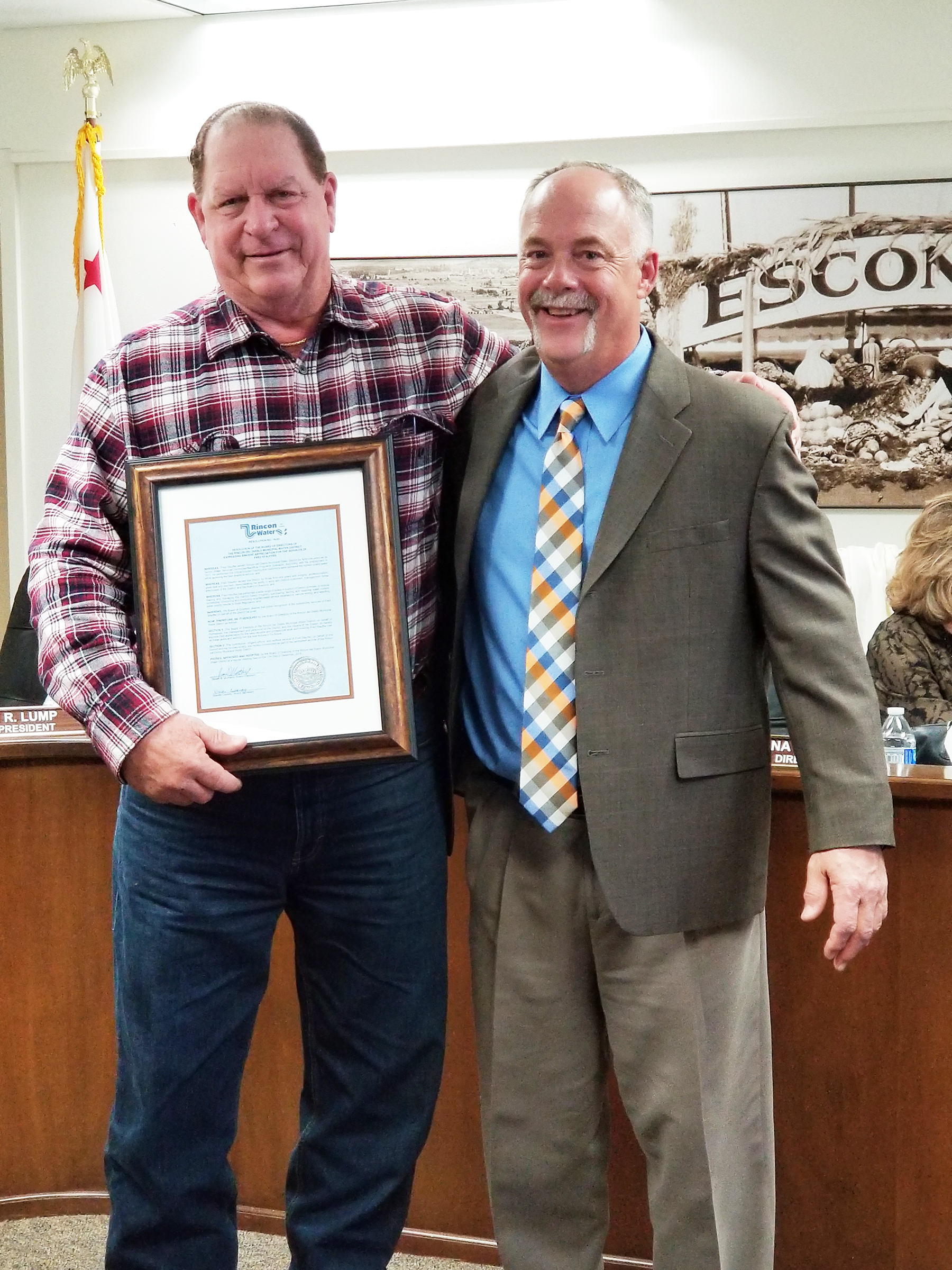 “Since his employment with the District in 1977, Fred has been an integral part of the District’s Operations Department,” said Clint Baze, Rincon Water’s Director of Engineering and Operations. “Over the years, Fred has seen the district change from one that served primarily agricultural customers, to one consisting mostly of residential and commercial customers.  In response to these changes, Fred has performed a wide range of duties in support of Rincon Water activities which includes the management of the District’s safety program and the cross-connection program; purchasing, testing, and repairing of water meters; conducting and promoting recycled water service installations; water quality sampling and testing; and, report preparation to State regulators.”

At its December Board meeting, Rincon Water’s Board of Directors recognized Stauffer’s dedication with a resolution expressing sincere appreciation for his services. “Along with his valued work ethic, Fred takes with him a tremendous institutional knowledge that will be incredibly difficult to replace,” said Greg Thomas, Rincon Water’s General Manager. “He will be missed.”

When asked what he plans to do with his newly found time, Stauffer says he plans on golfing as often as possible and spend more time with his daughters Ruthie and Silvia, and his wife Linda.

Rincon del Diablo Municipal Water District is an independent, special district dedicated to providing potable and recycled water to approximately 30,000 people in a 42-square-mile area that includes Escondido, San Marcos, San Diego, and other surrounding unincorporated areas through nearly 8,000 connections. The public is invited to Board meetings, which take place at 6 p.m. on the second Tuesday of each month at Rincon’s facilities located at 1920 North Iris Lane in Escondido.